Actor Mikhail Efremov, who was convicted of a fatal road accident to 7.5 years in a general regime colony, is still being held in the former jail cell, although the sentence has already entered into force. This was reported to RT in the Moscow POC. 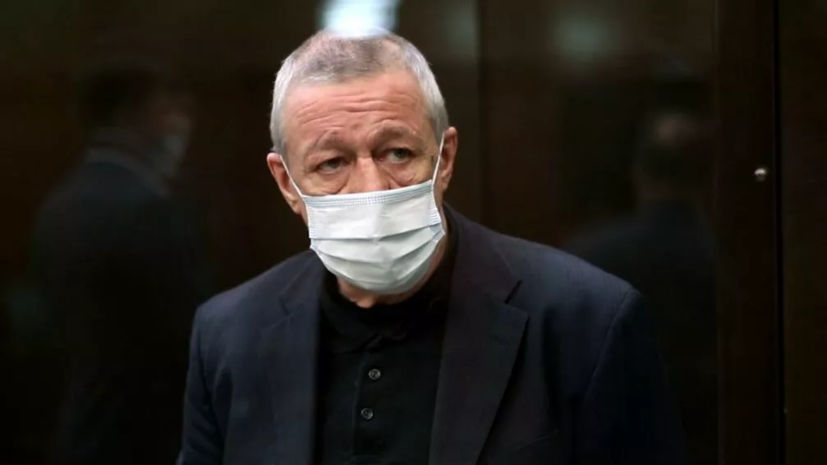 “In the isolation ward, convicts whose sentence has come into force, in accordance with the law, should be kept separate from the accused and suspects ... As the SIZO staff explained, the document from the Moscow City Court has not yet been received in the isolation ward, so Mikhail Efremov has not yet been transferred to another cell” , - said RT one of the members of the PMC who visited the detention center No. 5, where the actor is.

The actor himself refused to communicate with human rights activists.

The PMC noted that after the verdict comes into legal force, documents from the courts arrive in the pre-trial detention center within ten days.

After that, the convicts are transported to the place of serving their sentences.

“Taking into account the overcrowding of the Moscow pre-trial detention centers, convicts are sent to the colony quickly, no later than two weeks from the date the sentence comes into force.

Often, prisoners are sent from Moscow to isolation wards in other regions who are still awaiting appeal.

If Efremov is not left in the pre-trial detention center, it can be assumed that his stay in the capital will not be prolonged, ”the source said.

Earlier - before the consideration of the appeal - in one of the conversations with the members of the POC, the actor did not rule out that he would write a statement asking him to leave him to serve his sentence in the economic unit of the SIZO No. 5.

“Mikhail Efremov then said that a position as head of a club or head of an amateur performance would suit him.

But such positions are not provided for in the staffing table of the pre-trial detention centers.

They are only in colonies, ”said a member of the commission.

So far, the POCs do not have information about whether Efremov has applied with a request to leave him in the SIZO economic unit.

On October 22, the Moscow City Court reduced the sentence to Mikhail Efremov in the case of an accident, reducing the sentence from 8 to 7.5 years in a general regime colony.

The artist's defense announced their intention to file a complaint against such a decision.