The horror numbers of the EU's debt programs may prove to be at least a kind of relative burden for Finland, writes special journalist Jan Hurri. 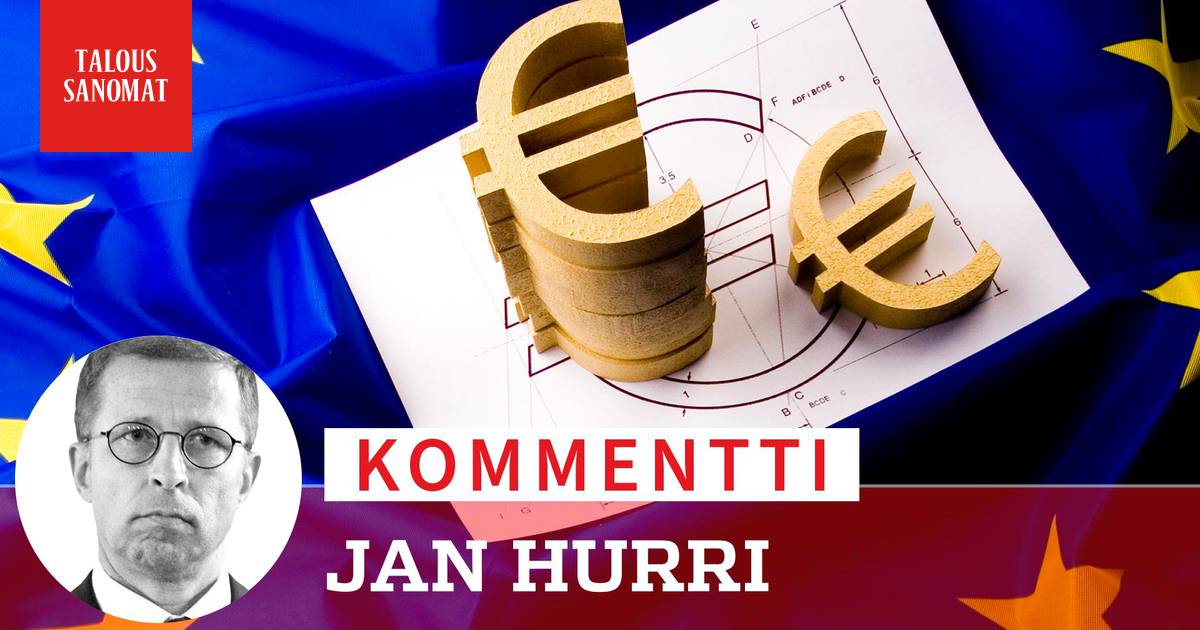 The relentless oversubscription, at around 14 times, showed that at least the bond market provides more than full support for debt financing in various EU corona programs.

On Tuesday, the European Commission applied for and received from the market the first tranches of loans from its so-called SURE unemployment insurance program for a financing need of up to 100 billion euros.

The loan items sold totaled EUR 17 billion, of which the books of the organizing banks included a total of EUR 233 billion in takeover bids.

The oversubscription rate was exceptionally high, which at the same time reflected the unbridled market demand for highly rated credit securities - and, of course, the attractive pricing of the issue.

Rated the best, with three A's creditworthiness, the EU offered significantly higher - or, to be more precise, less negative - yields on Tuesday's issues than the corresponding German federal or even French government debt securities offered.

In particular, the positive yield differential with the corresponding French papers points to deliberately tuned pricing at the beginning of a major issuance program.

Only a foretaste of the future

The € 17 billion bond issued on Tuesday is a small starter and a faint preview of what to expect over this and especially the next couple of years.

The EU's total SURE program is up to € 100 billion, and the EU has already decided in the early stages of the interest rate crisis on various other forms of debt-based support, such as the EVM Stability Mechanism and the European Investment Bank's (EIB) lending capacity.

However, the largest new source of EU bonds is just coming.

It is still a € 750 billion Next Generation stimulus fund with various assistance programs and financial instruments, packaged without recent touches and parliamentary confirmations.

In the next few years, the EU is expected to issue a total of around EUR 1 trillion or more in loan issues related to the management of the entire interest rate crisis.

At the same time, an even greater number of bonds of individual eurozone countries financing their own deficits, which have swelled over the course of the interest rate crisis, have already flooded the very edges.

It is likely that the new EU bond programs will not increase the overall supply of euro area government bonds, at least in their entirety.

It is more likely that EU support programs will replace part of the own debt needs of the most indebted euro countries.

If this happens, the EU's growing credit issuance will help reduce the own borrowing needs and issuance of the worst-performing euro area countries.

Of course, despite the EU's support programs, the countries' own emissions may be large, but they will probably not be as high as they would be without EU support.

On the other hand, it is quite unlikely that credit states with a relatively strong credit rating in the region, such as Germany or even Finland, would resort to EU loan support programs at all.

Grants are, of course, valid for all EU countries, but loans would not make sense for those countries that receive funding from the market in their own name on more favorable terms than the EU.

Even the financial position of these credit countries may still change if and when the EU's growing emissions begin to reflect various “dynamic” demand and pricing effects.

Finland may suffer from the EU's supply

For a reliable country like Finland, but which is prone to a larger illiquid margin due to its small size, the horrors of EU debt programs may prove to be at least some relative burden.

So far, the Finnish government has received perhaps an even larger - but still smaller - share of the demand for the best-rated government bonds in the euro area.

Soon - within this and the next couple of years - the EU's expanding emissions will significantly change the composition of the market segment in which the Finnish state also operates.

One possibility to consider is that EU emissions will attract some of the demand previously received by the Finnish state.

Such a transition could, at least in principle, mean greater price pressure on Finnish government bonds the more demand slips from Finnish securities to new, at least initially more profitable and possibly even more liquid EU bonds.

A similar pricing burden can, of course, be expected for Finland also because Finland is a net contributor to the EU and EU corona programs.

In such a balance of advantages and disadvantages, Finland is one of the relative losers.

The ECB is an even bigger market player

Balanced or unbalanced changes in the composition, pricing and other variables of euro area bond markets are influenced by a much larger background than new EU issues.

It is the central bank of the euro area, the ECB, whose various subsidy-buying programs are currently affecting and will continue to affect government bond markets for years to come - and their demand and pricing.

This background effect of the ECB is likely to extend to EU bonds and their issues.

No matter how EU issues run - and how they affect the demand and pricing of Finnish and other eurozone bonds - they will only run if the effects are on the ECB's mind.

Where the EU influences the euro area bond market and its demand-supply dynamics and pricing “only” through the indirect effects of its own issues, the ECB is steering the market more directly - in a way that ordinary market participants would be accused of manipulating the market.