Zidane bears responsibility for Real Madrid's losses ... the victory over Barcelona or the fate of Lopetegui

After the sudden defeat at the hands of the submerged Cadiz and then the 3-2 loss to Shakhtar Donetsk of Ukraine in the Champions League, Real Madrid needs to correct its course on Saturday in the Spanish League Clasico against its historic rivals Barcelona. 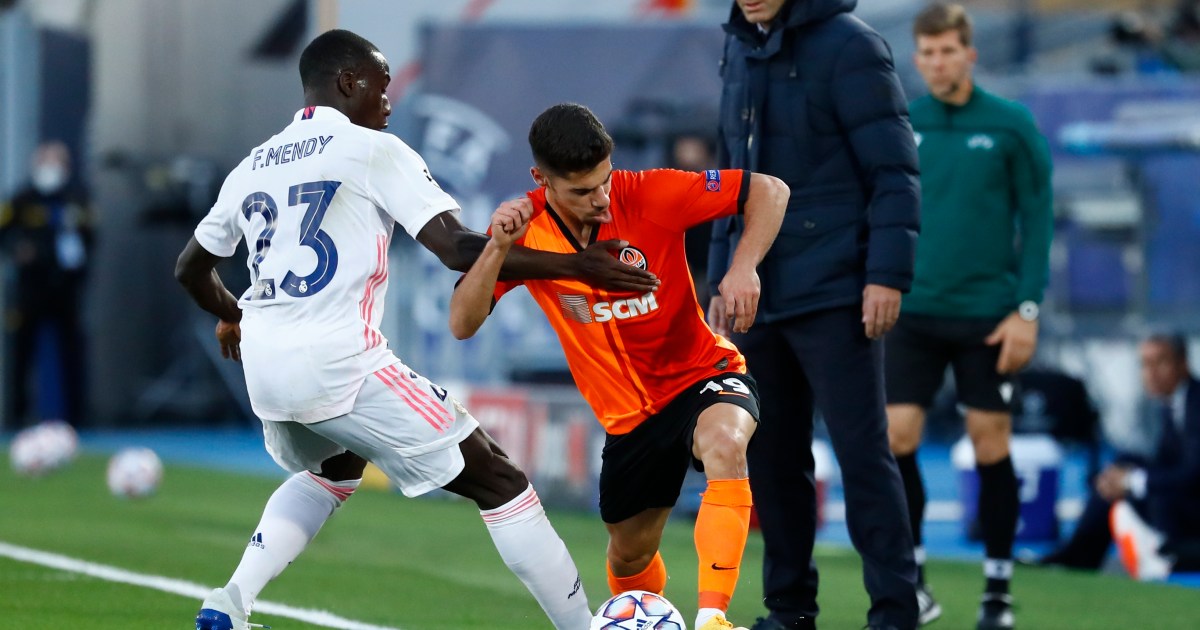 After the surprise defeat at the hands of the submerged Kadesh and then the 3-2 loss to Shakhtar Donetsk of Ukraine in the UEFA Champions League, Real Madrid needs to correct its course on Saturday in the La Liga Clasico match against its historic rivals Barcelona.

Real did not appear under the leadership of its French coach Zinedine Zidane as hoped this season, despite its good results at the beginning, which deteriorated over time.

The newly promoted Cadiz won the top flight, with a goal last Saturday at Real Madrid and was able to score more goals, before Shakhtar deepened the wounds of the royal club in his own home, as he finished the first half with a three-goal advance without a response before the Spanish team responded with two goals in The second half of his first match in the group stage of the UEFA Champions League.

Luka Modric and Vinicius Junior scored the two goals of Real, but that was not enough to save the team from a painful defeat days before El Clasico.

Third-placed Real Madrid faced Barcelona at the Camp Nou in 2018, and suffered a 5-1 sweeping defeat that resulted in the dismissal of coach Julen Lopetegui.

At a time when Zidane won more respect at the royal club and will gain more patience for him than any previous coach in order to correct the team's path, defeat in the upcoming El Clasico confrontation will push the club into a cycle of crisis.

Zidane said after the Shakhtar match, "I am the one responsible. The first half was negative for my team, so it is something I did not do properly, I am the coach and I have to find solutions."

"We suffered a little bit on all levels, but above all, in terms of confidence, which is the most important thing," he added.

"The important thing for us now is to be calm, it was a bad night," he explained.

💬 Modric: “It's a difficult defeat, but there is still a lot and we will improve.” # Hala_Madrid pic.twitter.com/uA2Z9V5QeU

Barcelona, ​​in turn, suffered its first defeat under the leadership of its Dutch coach Ronald Koeman, by losing a goal without response to Getafe, but the team corrected its path and swept Frenkváros 5-1 in the UEFA Champions League on Tuesday.

Brazilian Philippe Coutinho scored a goal in that match to continue his remarkable development with Barcelona after the end of his loan spell with Bayern Munich.

Coutinho played under the spearhead at a time when the Argentine Lionel Messi played the role of the imaginary striker, but so far he has only scored two goals from two penalty kicks during his 5 matches with Barcelona this season.

But Koeman is not worried about the legend Messi before his first Clasico match while he is at the helm of Barcelona's coaching staff.

"If he plays the same way he did (in front of Frenkfaruch), I wouldn't have any complaints about Leo," Koeman said.

He continued, "He is working very seriously. He scored from a penalty kick. If he did not score and give us two or three decisive passes, then we cannot ask him for more."

Barcelona misses its German goalkeeper, Marc-Andre ter Stegen, as he continues to recover from knee surgery, as well as Jordi Alba and Samuel Umtiti missing.

Real Madrid misses many of its players, led by Danny Carvajal, Martin Odegaard and Eden Hazard, and Sergio Ramos has also missed the Shakhtar confrontation, but he may catch up with El Clasico.