Emmanuel Macron says goodbye to Professor Samuel Paty at the Sorbonne: "We will not give up cartoons"

France honors Samuel Paty, beheaded last Friday by an Islamic terrorist, with a national tribute in the courtyard of honor of the Sorbonne University. A lay funeral

France honors Samuel Paty, beheaded last Friday by an Islamic terrorist, with a national tribute in the courtyard of honor of the Sorbonne University.

A lay funeral in this 'cathedral' of knowledge and tolerance officiated by the President of the Republic.

Emmanuel Macron glossed the figure of the teacher "assassinated because he had chosen to teach his students to be citizens."

"Killed because he embodied the republic that is reborn every day in the classrooms."

"Killed because Islamists want [to steal] our future and they know that with quiet heroes like him, they will never succeed."

, and who followed the path of his parents, both teachers.

"Firmness coupled with tenderness," said Macron in his elegy for Samuel Paty, "which has become the image of the Republic."

We will continue "the fight for freedom."

"We will continue, professor. We will

defend the freedom that you taught so well and secularism

. We will not renounce cartoons, drawings, even if others recourse", promised Macron in memory of the victim "of a fatal conspiracy, of the amalgamation, and of the hatred of the other ".

At the Sorbonne "Place of humanism for 8 centuries" he was listened to by the family, the presidents of the two chambers, the Government headed by the prime minister, Jean Castex, the former president François Hollande and the mayor of Paris, Anne Hidalgo.

Eight Republican guards in dress uniform had carried Samuel Paty's coffin to the courtyard of honor of the Sorbonne University.

It occupied the center of the courtyard, in front of the statues of Louis Pasteur and Victor Hugo.

A uniformed man, wearing a mask like everyone else, held a portrait of the martyr of the Republic, a victim of Islamic terrorism.

Behind it, a white aedicule sheltered the speakers' platform with the flags of Europe and France as the only decoration, silhouetted against the marble stairs.

A friend read the letter from Jean Jaurès 'To the institutors and governesses'.

Jaurès, a myth of the left and of pacifism, was assassinated by a fanatical nationalist shortly after the start of the First World War, which he opposed with all his might.

Earlier, in January 1888, he published in 'La Dépêche' this letter that begins:

"You have in your hands the intelligence and soul of children, you are responsible for the homeland

. The children we entrust to you (...) will be citizens and they must know what a free democracy is, what rights it confers on them and what duties the sovereignty of the nation imposes on them. "

A 14-year-old student read another letter.

The one that Albert Camus wrote, after receiving the Nobel, in November 1957 to Monsieur Germain, his teacher.

"Without you, without the affectionate hand that you extended to the poor child that I was, without your teachings and your example, none of this would have happened

Before the ceremony, the President of the Republic decorated the murdered professor with the Legion of Honor posthumously.

The event was held in the great amphitheater of the university center.

In the presence of his family and off-camera at their request.

Brigitte Macron was absent from the ceremony, quarantined in the private apartments of the Elysee

, for having been in contact with a person who has tested positive for Covid.

The first lady wrote a short letter - "Be a teacher" - to the relatives of the deceased.

"You have transmitted to us your great demand and your extreme tolerance (...) today, with you, we are all teachers".

Macron made a heartfelt speech, read with the passion of a teacher's husband and the solemnity of his presidential dignity.

When he finished he stood firm, alone and in silence in front of the coffin.

According to a ritual already rehearsed in other tributes to soldiers who fell in combat.

La Marseillaise rang out as the six columns of the portico were colored blue, white and red and the three words that sum up the democratic ideal - "liberty, equality and fraternity" - were projected on the old stones.

Mozart played as the eight Republican Guards led the remains of Samuel Paty.

France'Je suis prof ', the new challenge of the French against terrorism

TerrorismThe terror of the Islamic State, the other epidemic that hits Europe 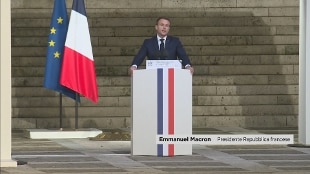 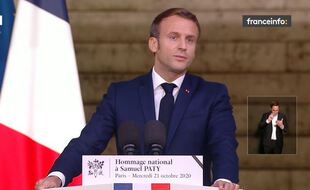 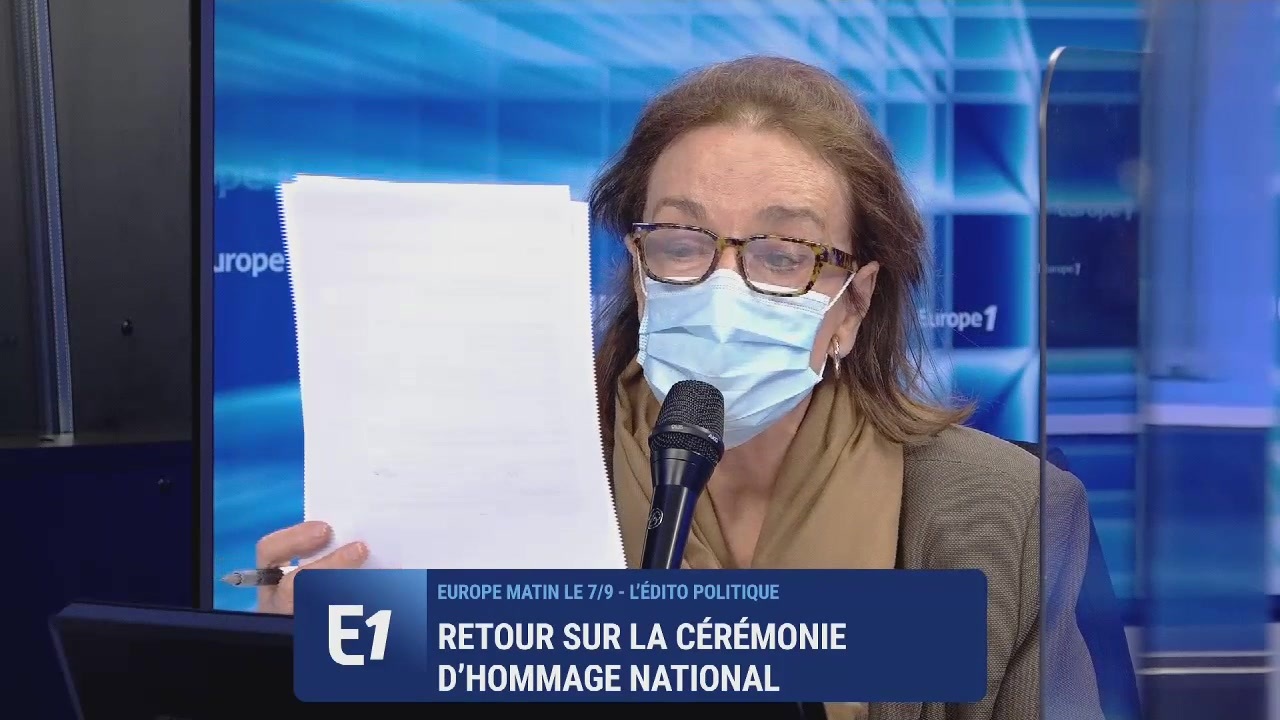 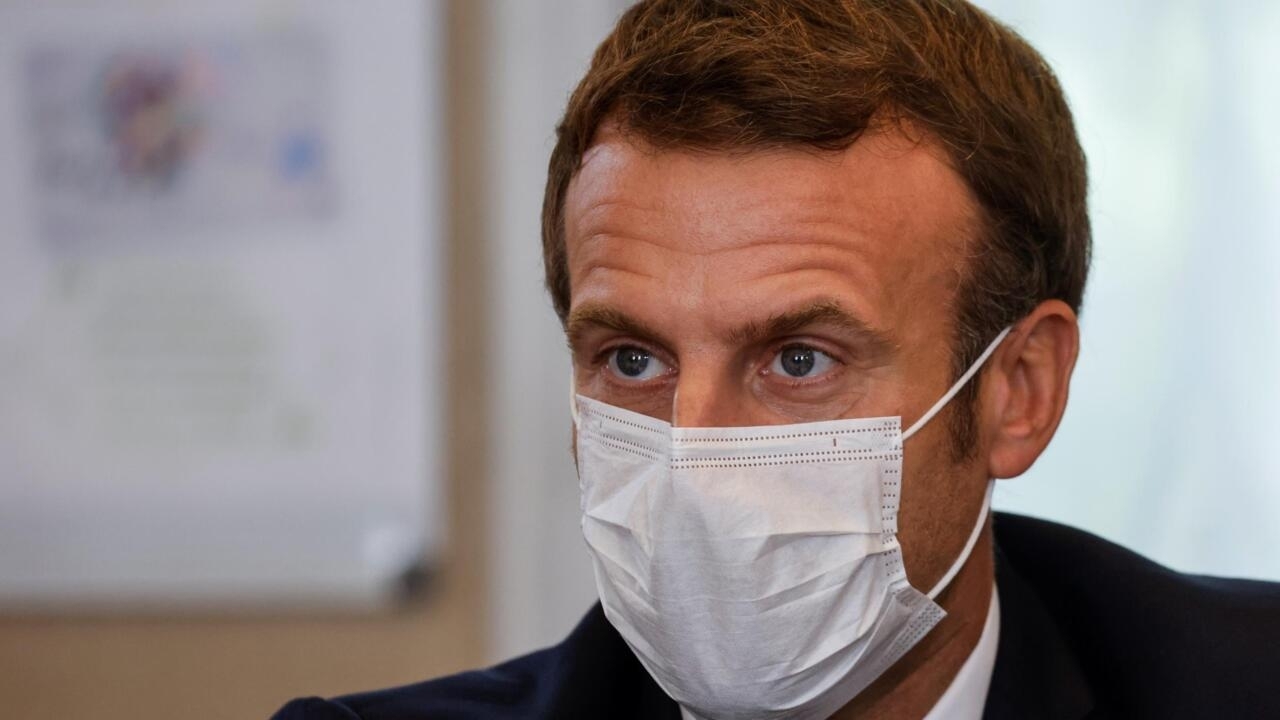 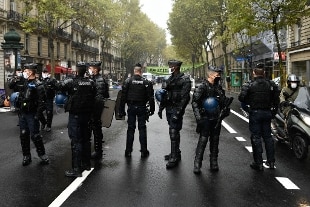 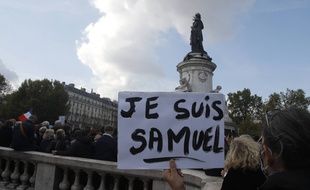 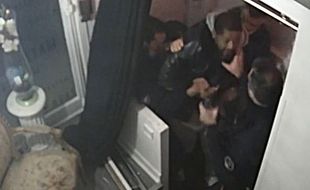 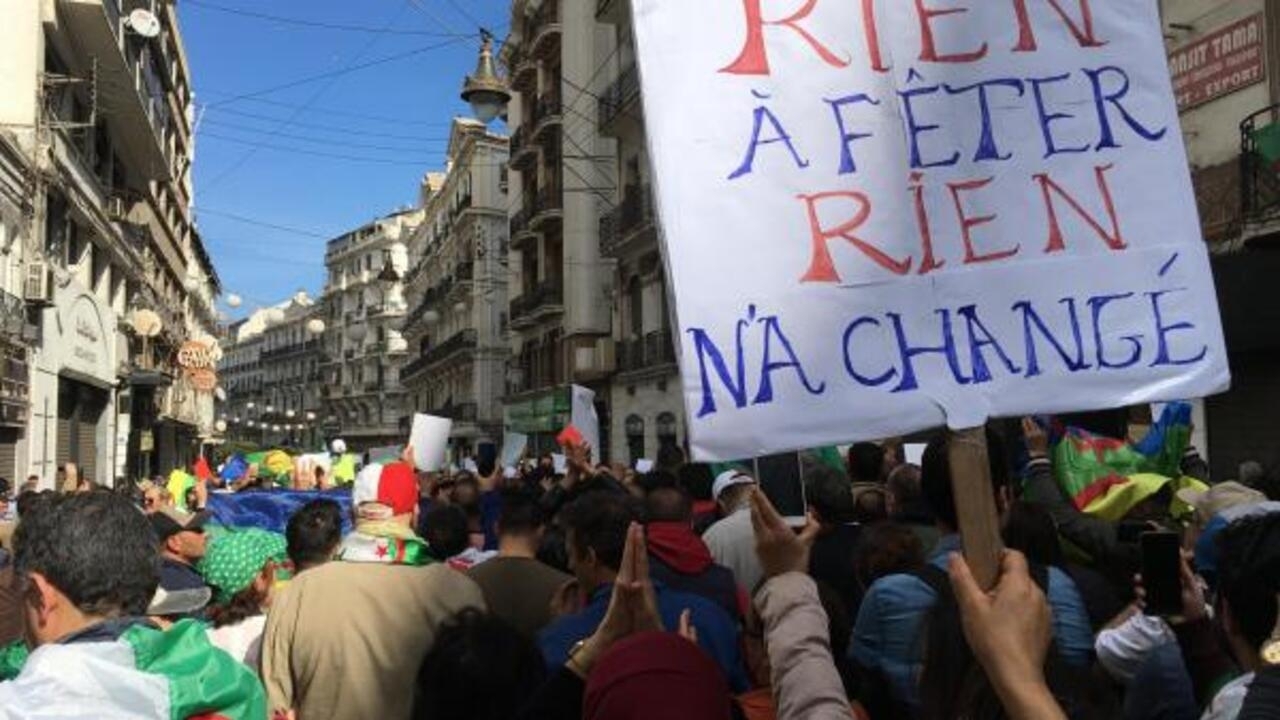