Blue: Deacon and the Lyonnaises, divorce in the public square - France 24

Blue: Deacon and the Lyonnaises, divorce in the public squareParis (AFP) The chasm between coach Corinne Deacon and OL executives has widened further with the absence for "sporting reasons" of Blue captain Amandine Henry, a diplomatic quarrel which further weighs down the atmosphere and causes "loss of energy "before the Ladies' Euro 2022. "We know that there are tensions all around us. You see it, and the proof is why today you are interviewing me ... We 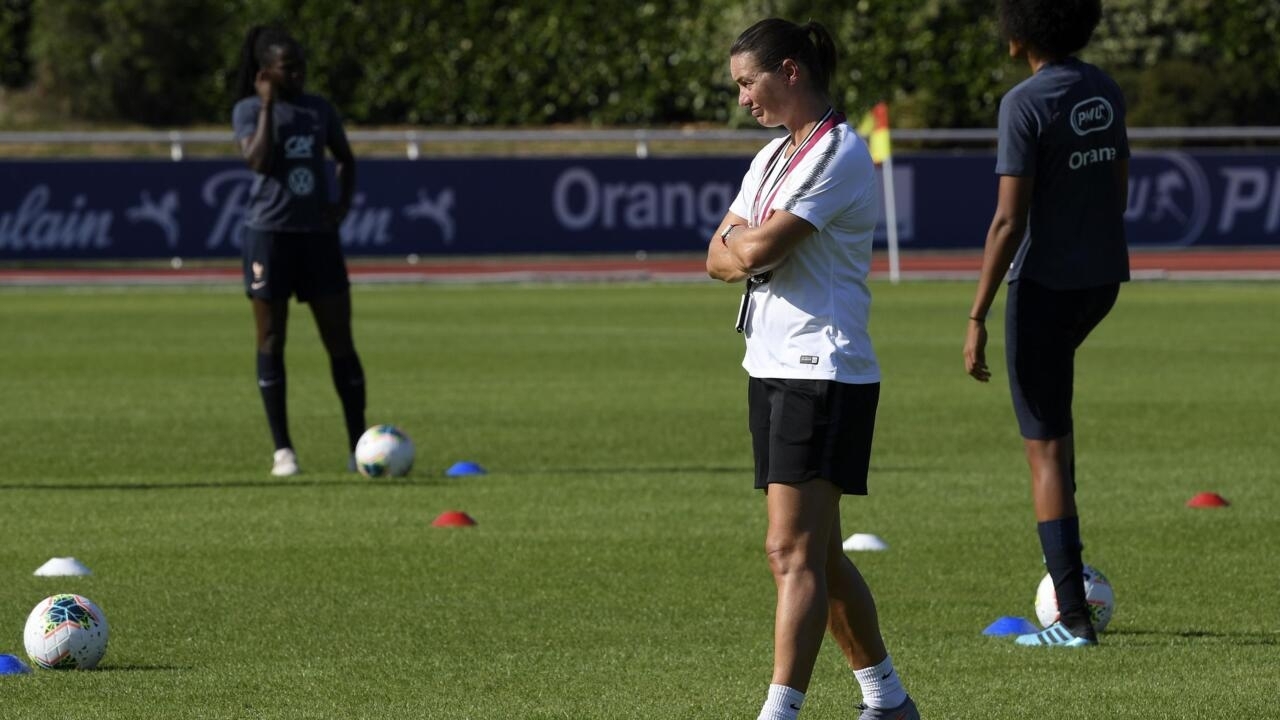 The chasm between coach Corinne Deacon and OL executives has widened further with the absence for "sporting reasons" of Blue captain Amandine Henry, a diplomatic quarrel which further weighs down the atmosphere and causes "loss of energy "before the Ladies' Euro 2022.

"We know that there are tensions all around us. You see it, and the proof is why today you are interviewing me ... We are not going to lie to each other", frankly admits Lyon winger Amel Majri told AFP, before challenging North Macedonia on Friday and Austria on Tuesday in qualifying for the European Championship.

The selection crisis, not new, has entered another dimension since the non-summons of Henry, pillar of the Blue with 92 selections in eleven years, injured at the start of the season and who needs time "to return to his best level ", according to Deacon.

The coach may have defended "a decision at a moment T", with "nothing to interpret", the pill did not pass in the Lyon locker room, and even beyond.

It does without the captain, "N.6 in the best club in the world", and summons players who "were injured and had very little playing time" over the past month, comments Gaëtane Thiney, the Paris midfielder FC (163 selections).

"I am completely lost, like many players. There is no more logic".

With this choice, Deacon took the risk of steering a little more the locker room of the Lyon champions, touched by the captaincy withdrawn from Wendie Renard at the start of the mandate in 2017 and the criticisms targeting Eugénie Le Sommer after the World-2019.

The discomfort was further thickened this summer with the break decreed by OL goalkeeper Sarah Bouhaddi.

"These are different cases that have challenged each time", tempers the leader of the women's OL Olivier Blanc, evoking an "unfair" trial concerning Le Sommer and an "incomprehensible" choice on the form for Renard, on the substance for Henry.

"She remained on three satisfactory matches and a fourth was looming," he recalls.

This time, the teammates of the Lyon environment have publicly stepped up to challenge the coach who must lead the Blue to Euro-2022, Wendie Renard in the lead.

We must "bring back" "serenity" and "positive energy", because "the atmosphere is not good", said Friday on Canal + the central defender.

"We can't go on like this, we hurt each other."

For Olivier Blanc, no question of seeing in it an attempted putsch but rather "a constructive reaction with the aim of provoking something".

No longer called since the end of 2019, also for sporting reasons according to Deacon, Thiney shares this opinion.

"We want the France team to win and today we are not preparing for the Euro, we are still wasting time," she told AFP.

The time for the selections is "very short", "we must be ready in our heads" and not be "wasting energy on + who said what, how and why? +", Extends the middle of 34 years old.

For her, the Blues are "stuck between protecting the France team and making it progress. And the only lever for the players now is the media. But at some point it has to stop, really".

In Clairefontaine, the great explanation will not be able to take place in October since Deacon, tested positive for Covid-19, is not physically present.

The president of the FFF, Noël Le Graët, still moved there on Wednesday to hold "a speech of unity around the blue jersey", without denying the existing tensions, according to a witness at the scene.

"We are players, we are there to play. The coach is the coach. Everyone is in their place," said striker Viviane Asseyi.

There is "no division at all", "our group is living well," Majri also assures us.

Questioned last week, the coach had not seen a cracked cohesion.

"I am basing myself on the results and those of the France team are good".