The 18-year-old beaten up by a baby gang. The mayor of Lanciano: "We are dismayed, speechless"

Meanwhile, the investigations of the carabinieri are underway, who have begun to collect the first testimonies and to view the cameras placed along the area of ​​the attack. The young man attacked by a group of five boys is hospitalized in intensive care at the Pescara hospital 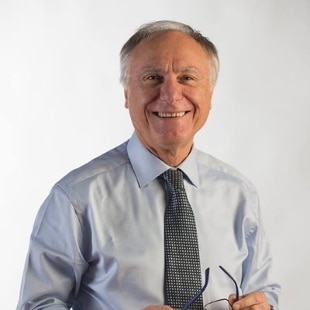 19 October 2020It is the first citizen Mario Pupillo to promote a public reflection on the recent events that took place in Lanciano: "This is a bad story that should make us reflect, the expression of a social malaise that leads to gratuitous aggression and episodes of bullying . Our city is no different from the others, however it is known that that area, owned not by the Municipality but by the company that manages the railway, is poorly frequented especially on weekends. We can only ask the police to strengthen more controls ".

"The very serious episode of violence that happened last night in Lanciano leaves us dismayed and speechless: a young fellow citizen of ours is hospitalized in intensive care in Pescara for the consequences of a vile and incredibly violent attack on which the police are investigating for bring those responsible to justice very quickly ", explains the mayor of Lanciano, Mario Pupillo, on the attack of an 18-year-old by a baby gang.

"We are obviously close to our young fellow citizen who was cowardly attacked - he adds - to his family, his friends and the vast majority of young people who repudiate violence in all its forms: I have given a mandate to our lawyers to evaluate the possibility of constituting a civil party the Municipality of Lanciano, we too are affected as a community and as a city ".

"Our community is upset - he underlines - both for the modalities of the aggression and for the very serious consequences suffered by the young man: this is an episode that unfortunately refers to other similar events which recently occurred in Italy, a fact that must make us reflect and question on the reasons why violence seems to be spreading among our young people, endangering the life and the peaceful growth of our children, who represent the present and the future of Italy ".

The story and the condition of the boy

The young man, attacked around midnight by a group of five boys, including minors, is hospitalized in intensive care at the Pescara hospital.

The events took place near the former Lanciano railway station, where the 18-year-old was drinking near the platforms with two friends, a boy and a girl.

A quarrel began and the gang chase: the only one to be reached was the 18-year-old, who was punched in the head by a member of the group of five;

When his friends returned to retrieve him, he was taken home because at first he had revived, but then, since he did not respond to stimuli, 118 was contacted, who took him to the hospital in Lanciano.

Having ascertained his condition, the doctors decided to move to the Pescara hospital in the neurosurgery department.

The young man had a hematoma in the head, with internal bleeding, and was operated on during the night.

She is now still in intensive care with a reserved prognosis and it seems that the course is going well.