Hispanic Americans can decide the US election

The number of American voters with a Latin American background is increasing and can determine important states such as Florida. "We are so many that we will decide how things are going in Florida," says Pastor Gabriel Salguero. 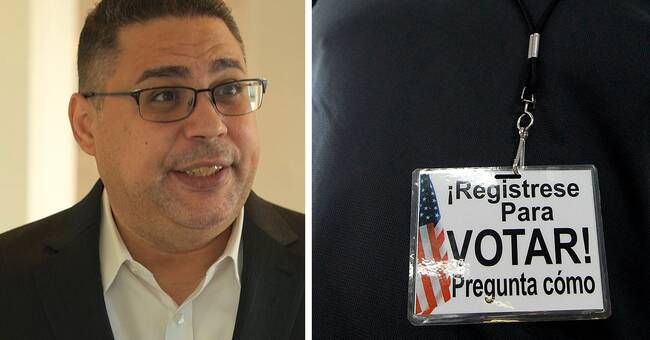 Demographic change in the United States could be decisive for who becomes the next president.

Among other things, the proportion of white voters without a college degree has decreased.

It is a group where a majority tends to vote for Republicans.

At the same time, for example, the number of voters who belong to the Latino group has increased.

It is a group where a majority of voters tend to vote for the Democrats.

And in a swing state like Florida, the Spanish-speaking voters who account for almost every fifth vote can be the tongue in cheek.

Pastor Gabriel Sluguero has worked as an adviser to both George W Bush and Barack Obama and has voted for both parties.

- We are neither left nor right but usually lie in the middle, he says.