Do you already know your rising zodiac sign? It reveals how others see you - see interpretations for each character

An ascension sign can help determine how others see you.What are you on your horoscope? Most know how to answer this question - whether you believed in horoscopes or not. However, the zodiac sign, or in the language of astrology, the sun sign, is, according to astrologers, only one way to describe human nature and behavior. Those familiar with horoscopes know that in addition to the sun sign, there are, among other things, a heat sign, a descending si 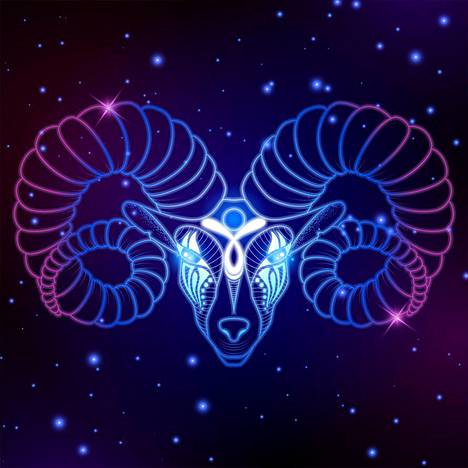 What are you on your horoscope?

Most know how to answer this question - whether you believed in horoscopes or not.

However, the zodiac sign, or in the language of astrology, the sun sign, is, according to astrologers, only one way to describe human nature and behavior.

I think of the star map as a puzzle of a thousand pieces, which means that there are many other factors than the sun sign or the rising sign, says astrologer Johanna Vilén.

- The sign of ascension is our face to the world and to people.

It’s about the first impression we give and what we want people to see in us.

At the same time, it is the eyeball through which we look at the world.

It is not just a mask but also an external identity, what we consciously or unconsciously bring out through our personality, Vilén says.

The time indicates the rise signal

The ascending sign is based on the time of birth.

In addition to the exact time, the birthday and coordinates of the hospital of birth are needed to determine the sign.

The sign of ascension tells us about the first impression we give and what we want people to see in us.

Where an ascending sign describes our own relationship to people and the world, a descending sign tells us what types of people we are attracted to.

Sometimes, seldom, according to Vilén, the interpretation of a landing sign can be so straightforward that when the landing sign is a fish, it attracts fish.

In general, however, the issue is more complex, as star maps are not straightforward.

A person whose landmark is Pisces may attract people close to him, for example, people whose star map clearly shows the planet Neptune, which dominates Pisces.

The effect only begins to show with age

Even if we argue otherwise, we are usually at least a little interested in what the rest of us think.

The rise sign is a way to find out about this.

- A rising sign can help identify your own external identity, says Johanna Vilén.

What’s special about the rising sign is that it’s not usually seen at a very young age.

Of course, the rise sign can be lowered even for a newborn child, but its effect often begins to show only in adolescence or only around the age of 30.

- The overall map affects this as well.

Some may go through the ascension mark at a very young age, while others may not go through until 30 years of age.

To find out, you need, among other things, the time and place of birth.

After watching your rising sign, read Johanna Vilén’s interpretations of what the rising sign says about you below.

A bold rising ram has authority.

He is known as a dynamic type who is not afraid to take action.

Taurus is a down-to-earth, practical person.

Often he is also sensual: you can immediately see that he enjoys beautiful things, touch and good food, for example.

The bull needs real things in his daily life and may even be comfortable in his longing for pleasure.

The twins are characterized by speed, restlessness, and talkativeness.

For twins, communicating with others is easy and fun.

These traits can make the twins easily approachable - he can adapt to any situation quickly.

Cancer is extremely sensitive, emotional and easily sensitive to the emotions of others.

It may seem that the crab is very thoughtful and tactful.

It’s basically about him sensing his surroundings and the feelings of others.

Often a crab wants to care for and help other people to make them better.

The lion is creative and warm-hearted.

She is bright and full of ideas, but may fall in love with her own ideas so that she sticks to them childishly and self-centeredly.

The Virgin is known for her caring, accuracy, and analyticalness.

Virgo is also associated with pragmatism.

Often he senses his environment and analyzes how others act and react.

So he may seem to be resolving things all the time in his mind.

Virgo wants to change the world for the better.

The scale is a very balanced and comfort-seeking type.

He stays in people’s minds because of his diplomacy and sense of aesthetics.

Sometimes diplomacy manifests itself in such a way that it is difficult for a scale to choose its position because it sees both sides of things.

“On the other hand” is a very familiar expression to him.

Scorpio is a passionate and deeply drilled person.

He may also be the dominant character in all his intensity.

Recurrence is typical of a scorpion.

He goes through stages in his life where he gives up something to grow into a new kind of person.

Sagittarius is full of adventure and thirst for information.

He longs for freedom.

He enjoys guiding others, and is known as an idealistic seeker of truth.

Sagittarius is characterized by unwavering faith in its own truth.

Capricorn is known as the responsible type.

He is patient and able to focus tightly when concentrating his energy on something.

Because Capricorn listens to others in a focused and serious manner, he may seem like a serious and insensitive person.

Internally, however, he is warm and strongly emotional.

Aquarius is an independent, idealistic person.

Individualism is typical of him.

He is an intellectual world mover who is happy to work in front of large entities.

He wants to see all people equal, and he has a real dose of rebellion.

Pisces is sensitive, sympathetic and approachable.

He is also known to be a beautiful soul.

The fish-healing world of fish is geared towards individuals.

He wants to help personally, for emotional reasons.

Realism is not his strength, and so he may even lose himself in meeting the needs of others.

The story has been previously published on the Me Naisten website 09/2018.