We Women The message of a worrying extremism is now spreading in Finnish yoga halls - this is what QAnon is all about, where well-being influencers whisper 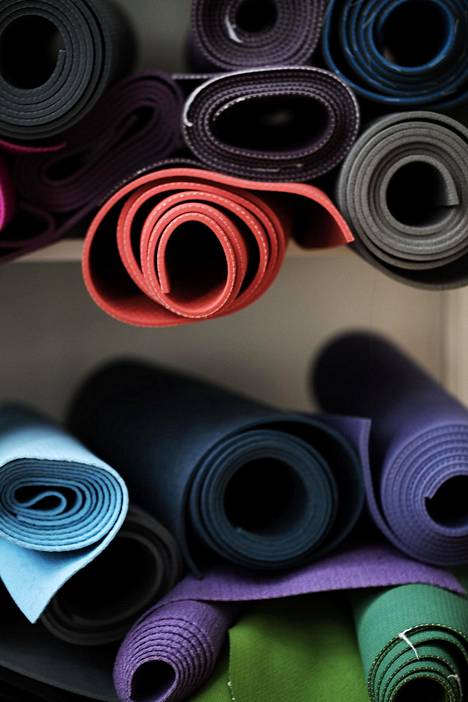 The QAnon movement has found a new route in Finland, namely in the yoga and wellness community.

The Society was the first to write about the concern among Jokiniva and other people in the field.

QAnon is a movement that advocates for various conspiracy theories and has strong roots in the world of the U.S. far right and alt-right.

The movement has widespread support for President Donald Trump, who has also distributed QAnon-related material on his own social media channels.

According to Jokiniva, such messages are now shared in Some by many Finnish well-being influencers, yoga teachers and studio owners.

He first woke up to the content a few months ago.

QAnon’s conspiracy theory, in its brevity, is about believing that the world is in the possession of a corrupt, satanic power elite.

The cult movement, which seeks chaos, incites hostility against the authorities, the government and the media.

This is conveniently combined with well-being rhetoric about listening to oneself.

There is talk, for example, of “a time of awakening,” “raising awareness,” and “fighting light and darkness”.

- This looks like a rather crazy bustle in the eyes of outsiders.

I wouldn’t want yoga to be associated with this kind of thing, Jokiniva says.

The problem is international.

Well-known Australian welfare entrepreneur and author Sarah Wilson wrote in The Guardian that she found that during the Korona era, welfare messengers increasingly seemed to be on the same issue as far-right conspiracy theorists on the internet.

And the phenomenon is not just in the somese.

A demonstration was held in Helsinki on October 10, which was also called a discussion event against coronary arbitrariness.

There were members of the yoga community and well-known entrepreneurs in the field of well-being.

- Many may not even be aware of what they are spreading or how deep into the far right this has its roots, Jokiniva says.

Did Korona take yogis to the dark side?

The cause is found in the corona.

Janne "Rysky" Riiheläinen, a security policy commentator familiar with information influencing, previously commented to STT that the main reason for the movement's popularity is the corona pandemic.

Korona affects many yoga practitioners as the virus has driven yoga halls into financial distress.

- The situation is very difficult for yoga, because it is not certain whether people can come to exercises at all, Jokiniva says.

According to Jokiniva, the QAnon movement has calculated to take advantage of the situation, and is now targeting its message to coaches and enthusiasts.

-Yoga is a melting pot for many alternative things and people.

Among other things, the idea that Korona is a scam is now spreading in the community.

Masks are advised to be avoided and restrictions are unnecessary.

Jokiniva has heard that such thoughts have been spread during the lessons.

- I know some have left, but there are also a lot of people who will stay.

The teacher has a strong authority, i.e. if he says something, people will often listen.

Petri Räisänen, a long-standing astanga yoga guru, has also come across the virus.

He has heard a few teachers in the field talk about a covid bubble that “should burst”.

- I don't know if it's QAnon, but conspiracy theories have spread to this circle of alternatives and even to yoga practitioners.

That is the general view in new age circles, Räisänen says.

Appeals from housewives to the alternative

Jokiniva has been setting up a petition asking the yoga community to renounce conspiracy theories.

- It is important to point out that there are a lot of yogis who think differently about us, who completely abandon this QAnon rhetoric.

But why has QAnon found itself among yogis?

Jokiniva believes the welfare community is more susceptible to a wide variety of different conspiracy theories and beliefs.

- Yoga is a melting pot for many alternative things and people.

When new great ideas and higher knowledge come along, it sinks into this gang, he notes.

Where traditional conspiracy theorists are often somewhat isolated, QAnon has appealed to a number of different target groups.

- These new people are cheerful ordinary people who for some reason have left for this, for example middle-aged women, Riiheläinen commented to STT earlier.