Joël Le Scouarnec indicted for rape and assault on 312 victims 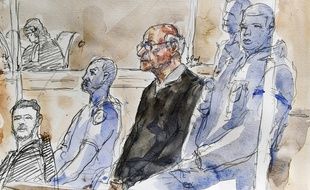 Joël Le Scouarnec on March 13 at the opening of his trial before the Charente-Marime Assize Court which was finally postponed to the end of November.

He is suspected of having raped and sexually assaulted 312 victims, mostly minors, for nearly 30 years.

The acts of rape and sexual assault on minors under the age of 15 for which he is accused were allegedly committed between 1986 and 2014, in various establishments in which the former surgeon practiced, notably in Brittany.

The Lorient public prosecutor has also announced the opening of a preliminary investigation against X for failure to report the alleged crimes of Joël Le Scouarnec.

Placed in custody since Tuesday in Lorient, Joël Le Scouarnec is due to appear from November 30 before the Charente-Maritime Assize Court, in Saintes, for a first case of rape and sexual assault.

Our file on the Le Scouarnec affair

In this first part of the case, he is accused by four victims: two of his nieces, now in their thirties, a patient whom he allegedly abused during an operation for acute pancreatitis when she was not was only 4 years old, and his former little neighbor when he lived in Jonzac (Charente-Maritime).