Mali: after the liberations, hostilities resume

Less than a week after the release of Malian and Western hostages in exchange for more than 200 jihadist fighters, hostilities resumed in Mali. On the one hand, the GSIM claimed the triple a ... 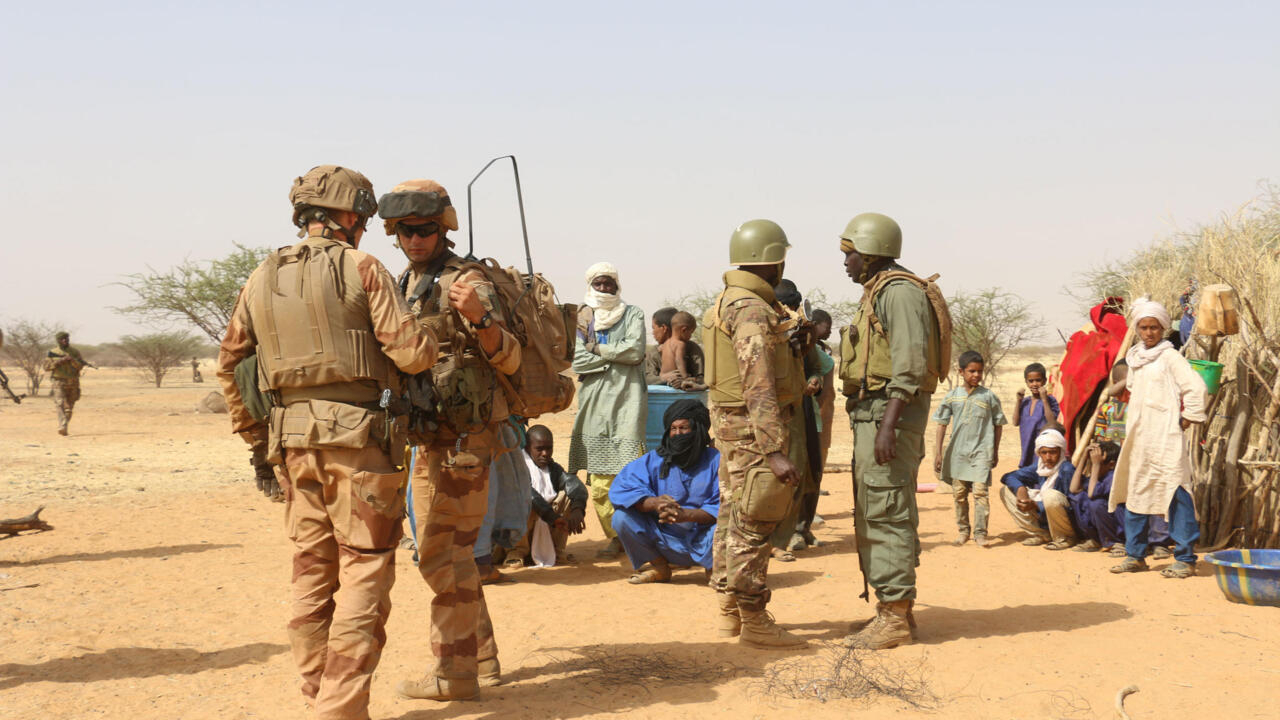 Mali: after the liberations, hostilities resume

Malian soldiers in operation in the three border zone with French soldiers from Barkhane, during a village check in December 2019. (Illustration) RFI / Coralie Pierret

Less than a week after the release of Malian and Western hostages in exchange for more than 200 jihadist fighters, hostilities resumed in Mali.

On the one hand, the GSIM claimed responsibility for the triple attack that occurred on Tuesday in the Mopti region, on the other hand, the French forces of Operation Barkhane carried out several arrests.

Some hoped that this exchange and the dialogue that had preceded it might herald a lull, or a period of truce.

attacks on the Malian army

were claimed on Wednesday by GSIM, the Support Group for Islam and Muslims, through a propaganda agency which is one of

in the Islamic Maghreb (Aqmi).

But it is precisely the GSIM, headed by AQIM, which negotiated

the release of its men

in exchange for the hostages recently released.

At present, there is nothing to say that there were combatants among the attackers who were, ten days ago, in Malian prisons.

The claim also does not say whether some of them have already resumed service during these attacks, but the message sent is clear: the period of respite is over.

Eleven Malian soldiers were killed: nine in the attack which targeted the Sokoura camp in the circle of Bankass, then two in the ambush which was extended to the troops sent as reinforcements at the Parou bridge.

For its part, the Malian army specifies having shot down 13 terrorists and destroyed two vehicles during its response.

A bus was then targeted on the same road, between Bandiagara and Bankass, and twelve civilians were killed.

, the United Nations mission in the country, evacuated 14 wounded, civilians and soldiers, according to the latest report communicated by the Malian army to RFI on Wednesday.

And the message sent by the French force of Operation Barkhane is the same.

It was not solicited by the Malian army in Bankass but on the other hand, it has led in recent days a series of arrests in northern Mali.

In Ménaka, first, on the night of Monday to Tuesday.

The operation took place at the father of one of the prisoners released at Aqmi's request, in exchange for the four hostages.

This person - the father - is also a regional leader of the CMA, the ex-rebels who signed the peace agreement.

Around ten people were arrested at his home and weapons, money and vehicles were taken away by the French force.

All the men arrested were finally released, except one, after the intervention of the CMA, which was officially indignant at these arrests led by Barkhane.

The French force also called on a CMA official in Ber, near Timbuktu, on Tuesday.

He was released quickly because it was a misunderstanding, according to a local movement official.

" with the recent release of more than 200 suspected jihadists, assures a spokesperson for Barkhane, who refuses to comment further on the ongoing operations.

But again, this activity on the ground shows at the very least that the French army is not relieving the pressure in its fight against the terrorist groups present in Mali.

Against AQIM, but also against their competitors from the EIGS, the Islamic State group in the great Sahara, the French side said.

In the spotlight: violence is on the rise again in central Mali

In Mali: "If the French army leaves, the jihadists quickly return to the south"

Mali: several civilian and military deaths during three successive attacks in the center of the country