A ceasefire agreement is difficult to dispel the old grievances. There are these games behind the Naka conflict...

China News Service, October 14 (Dong Hanyang and Bian Lei) Artillery fires, war clouds, plane crashes, hundreds of deaths... In just two weeks, military conflicts between Armenia and Azerbaijan have been staged many times. The "gunpowder" in the South Caucasus Bucket", was detonated again.   Just four days ago, the ceasefire agreement reached after 10-hour long talks between Russia, Asia, and A 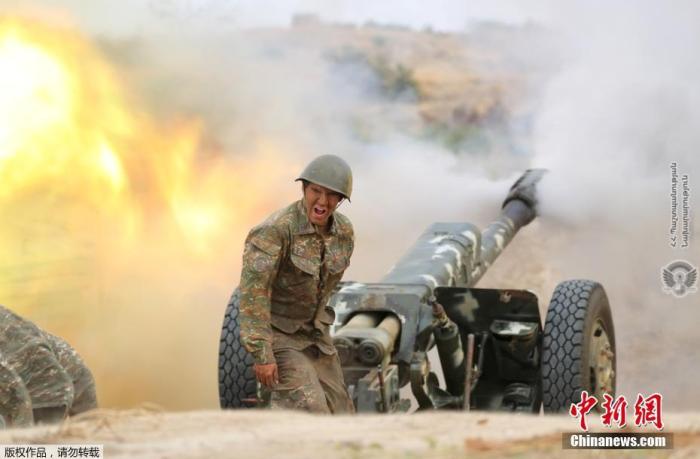 However, a paper agreement is difficult to dispel old grievances. Only a few minutes after the agreement came into effect, gunfire sounded again in the Naka area.

Why did the 30-year dispute between Asia and Afghanistan suddenly intensify in 2020?

Behind the dispute, the complex entanglement between the game of big powers and historical issues is reflected.

On September 29, local time, in a group of front-line photos released by the Armenian Ministry of Defense, soldiers were firing artillery shells.

It's hard to get peace in the South Caucasus

At 12 o'clock on October 10, local time, the ceasefire agreement between Armenia and Azerbaijan came into effect.

However, a few minutes later, the artillery shells of both sides fired into each other's territory again.

The Azerbaijani Ministry of National Defense released a video of drone bombing Armenian armored vehicles, claiming that it destroyed the enemy’s armored vehicles that violated the ceasefire agreement; the Asian side claimed that Azerbaijan’s missiles hit its inland town of Kapan.

The next day, Ganga, the second largest city in Afghanistan, was attacked again. A building in the center of the city was directly destroyed by a rocket. 7 civilians were killed and 33 others were injured.

The Ministry of Defense of Afghanistan stated that the attack came from Armenia.

On October 11, local time, the Ministry of Foreign Affairs of Azerbaijan stated that Armenian troops attacked Ganga, the country’s second largest city, overnight, and it was less than 24 hours before the ceasefire agreement took effect.

The picture shows a building in Ganga that was bombed to ruins.

So far, the fierce confrontation between the two sides has lasted for two weeks, and the ceasefire agreement has been easily broken. Is regional peace a distant future?

"The impulse to war between Asia and Afghanistan has not completely cooled down. Even if a ceasefire agreement is reached under Russia's mediation, this is still a gradual process." Zhang Hong, a researcher at the Institute of Russian, Eastern Europe and Central Asia, Chinese Academy of Social Sciences told Chinanews.com Said.

In fact, the contest surrounding the status and belonging of the Naka region has been going on for decades.

In 1994, Asia and Afghanistan reached an agreement on a comprehensive ceasefire.

However, over the years, the two sides have been wiping guns near the line of contact and accidents have occurred from time to time.

On October 10, local time, in Stepanakert, Naka region, roads, buildings and vehicles were severely damaged by the conflict.

The Naka region was an autonomous prefecture of Azerbaijan during the Soviet period, and most of its residents were Armenians.

After the disintegration of the Soviet Union, a war broke out between Azerbaijan and Armenia in order to compete for Naka. The Asian side eventually occupied Naka and 7 areas around it, resulting in a long-term hostility between the two countries.

Over the years, small-scale frictions between Asia and Afghanistan have continued and contradictions have accumulated.

Now, with the improvement of Azerbaijan's economic strength, its demand for regaining the Naka region has also intensified.

"The Naka issue itself is not a new issue, it is an old issue." Su Xiaohui pointed out, "Whether Armenia or Azerbaijan, on the territorial issue, the possibility of retreat is relatively small."

And when historical grievances encounter new unstable factors, conflicts are on the verge of breaking out.

At the beginning of 2020, the new crown pneumonia epidemic broke out and spread across the world. There were also cases in Asia and Afghanistan, and economic development was affected. In April, the "presidential" election was held in the Naka region, triggering strong protests by the Algerian side; in July, Azerbaijan and Armenia were on the border Clashes broke out and several people died.

On October 5, local time, a patriotic film was shown on a big screen in the streets of Erwin, Armenia.

Su Xiaohui said that the epidemic has had a certain impact, "Whether it is Azerbaijan or Armenia, the nationalist sentiment in the country is in the process of raising. The government needs to use some strong methods to demonstrate its ability, and it can't be conciliatory on some issues."

"Due to the epidemic, the two countries' foreign trade exports have also been greatly restricted. It is not ruled out that in order to break some contradictions in domestic politics, one party will launch a border conflict and reduce the pressure on governance." Zhang Hong said.

In addition, Turkey's intervention in the situation this year has broken the strategic balance to a certain extent.

In July, Azerbaijan and Turkey held a large-scale joint military exercise in Azerbaijan.

After the conflict broke out in September, the Turkish side was even more "clear", saying it would stand on the side of "Azerbaijani brothers."

Although it is still a matter of speculation whether the earthwork is actually involved in the conflict, the influence of the earthwork has penetrated into the area.

Zhang Hong analyzed, “This may have played a catalytic role in breaking the strategic balance of the past.”

The game between big countries,

The reason why the Naka problem is called the "Caucasus powder keg" is that it involves multiple interests.

Zhang Hong pointed out, “The Nagorno-Korean conflict will trigger a new round of competition among major powers in the Caucasus. The Nagorno-German region not only has the traditional influence of Russia, but also the United States and Europe."

After the conflict, many parties, including the European Union, Iran, Russia, France and the United States, urged the two sides to stop fighting and return to the negotiating table.

On October 1, Russian President Vladimir Putin, US President Trump, and French President Macron issued a joint statement, strongly condemning the escalation of violence in the Naka conflict zone, calling on all parties to the conflict to cease fire and resume negotiations as soon as possible; Rudo also said on October 5 that he has asked the foreign minister to go to Europe to hold a meeting with allies to discuss developments in the Naka region.

On October 10, local time, a middle-aged woman stood in her destroyed apartment.

As the Naka issue involves the security of Russia's southern wing, Russia is actively playing the role of "mediator" this time.

Zhang Hong believes that “as far as Russia is concerned, it has always supported Armenia. However, Russia did not favor Armenia this time, but used its mediation and played a very critical role in reaching a ceasefire agreement.”

Su Xiaohui also said, “What the Russian side is more concerned about is not to lose control of the situation in Naqqa and not to intervene from outside forces.”

Su Xiaohui pointed out that this approach of Turkey will "produce a certain stimulus effect on the conflict, rather than a cooling effect." In fact, on many recent hot conflict issues, such as Libya, Syria, and the Eastern Mediterranean, Turkey has taken a lot of action. .

"However, because Russia and the Caucasus region have close economic ties and long historical and cultural ties, they still have a greater say in the region." Zhang Hong said that without Russia’s consent, it would be difficult for the Turkish side to intervene in the country. In the mediation at the end of the card conflict.

Will the Naka war go out of control?

After conflicts, ceasefires, and re-conflicts, what will Yaah take next?

The latest situation is that Stepanyan, the spokesperson of the Armenian Ministry of Defense, stated that the attack on the adjacent side of the line of contact in the Naka region resumed on the morning of October 13. Azerbaijan stated that “the country is fully complying with the agreement”.

Zhang Hong analyzed that it is unlikely that the Naka war will continue to escalate.

First, from the perspective of both parties to the conflict, neither Yas nor Azerbaijan has the possibility of completely defeating each other militarily; second, from a regional perspective, the Naka region is close to the Middle East, the Black Sea and southern Russia, and at the same time plays a role in the security of regional energy transportation pipelines. Critical influence.

All forces do not hope that the Naqa conflict will expand into a full-scale conflict between Asia and Afghanistan.

Therefore, they do not want the Naka conflict on the Onan line to get out of control.

Su Xiaohui analyzed, "For Armenia, the military option is definitely not its option; but from the Armenian side, it is more inclined to fight. Because it may be more difficult to recover the occupied'territory' through talks."

In her view, "Under Russia's mediation, the situation in Asia and Afghanistan will not easily get out of control, but solving the problems between the two sides is not a short-term foreseeable prospect." (End) 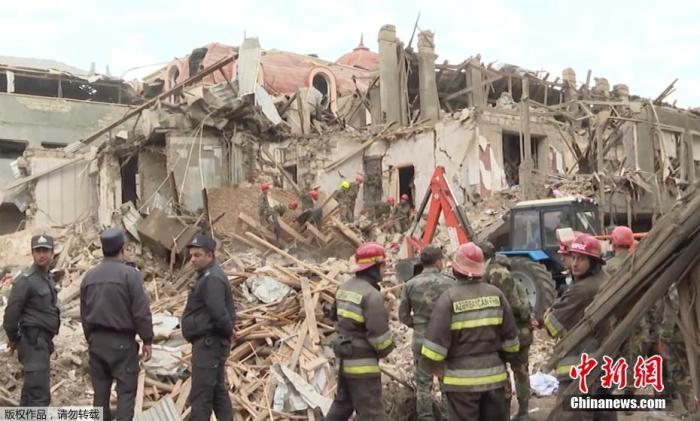 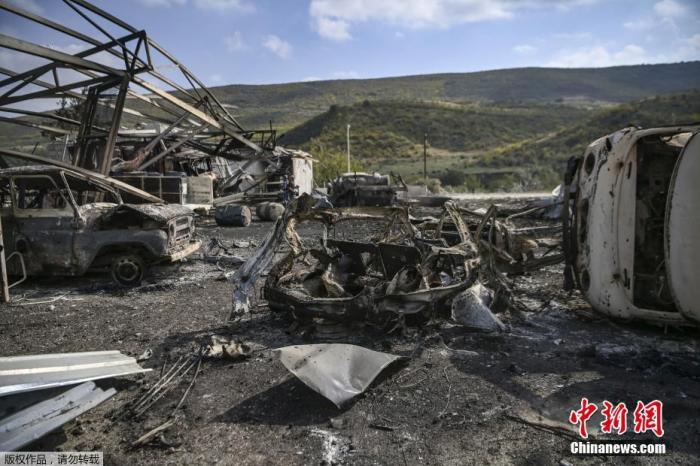 News/Politics 2020-11-11T06:17:44.708Z
Many countries welcome the new ceasefire agreement in Naqa, calling on both sides to reach long-term mediation

News/Politics 2020-10-18T01:18:50.224Z
After the conflict lasted for nearly three weeks, after Yaa declared a ceasefire again, the war in Naqa started again? 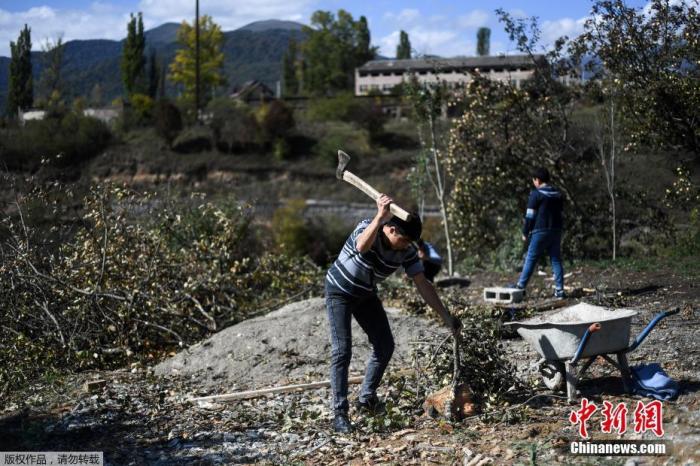 News/Politics 2020-10-10T11:19:37.721Z
Conflict is back! Armenia and Azerbaijan accuse each other of breaking the ceasefire agreement 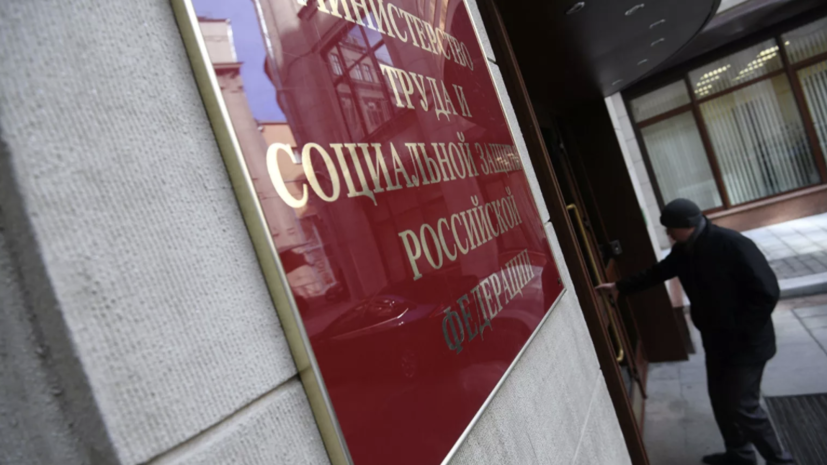