[Global Times-Global Network Reporter Fan Lingzhi] In recent years, "Taiwan independence" separatist forces have frequently connected anti-China forces at home and abroad to carry out espionage activities against the mainland in order to obstruct cross-strait exchanges and resist the reunification of the motherland. In order to combat the arrogance of the "Taiwan Independence" separatist forces,

[Global Times-Global Network Reporter Fan Lingzhi] In recent years, "Taiwan independence" separatist forces have frequently connected anti-China forces at home and abroad to carry out espionage activities against the mainland in order to obstruct cross-strait exchanges and resist the reunification of the motherland.

In order to combat the arrogance of the "Taiwan Independence" separatist forces, the National Security Agency has recently launched the "Xunlei-2020" special operation and cracked a series of major cases suspected of funding "Hong Kong Independence", spying on intelligence, and instigating diplomatic relations between China and other countries. , This newspaper will launch a special report on this series of cases.

In the violent demonstrations in Hong Kong that lasted for several months last year, ghosts of the "Taiwan independence" forces appeared from time to time. In September 2019, a spokesperson for the Taiwan Affairs Office of the State Council revealed that Taiwanese Li Mengju was censored according to law for suspected criminal activities that endanger national security. It was once hyped by overseas anti-China media as "lost connection" and "send to China".

Recently, a reporter from the "Global Times" learned from the national security agency the ins and outs of the Li Mengju case. In addition to his status as a businessman, Li Mengju is also a director of the "Taiwan Independence" organization "Taiwan United Nations Association for the Advancement of Taiwan". He went to Hong Kong to implement the so-called "Taiwan Independence Association" in August last year. In response to the "Refueling China" operation, they sneaked into Shenzhen to inquire about the assembly of troops, took a large number of video pictures and sent reports to the "Taiwan independence" organization.

Police officers from the National Security Department of Guangdong Province pointed out that Li Mengju's behavior is not an isolated case, but a typical case of "Taiwan independence" forces intervening in Hong Kong affairs.

From the beginning, Li Mengju: As the backbone of the "Taiwan Independence" organization "Taiwan United Nations Association"

At the end of August 2019, Li Mengju was examined by the Shenzhen National Security Bureau when he left Shenzhen.

Li Mengju, born in 1972, is a native of Hsinchu, Taiwan. His predecessor was the legal person of Taiwan Cinda Optoelectronics Technology Co., Ltd. and the consultant of Fangliao Township, Pingtung County, Taiwan. But these are not all his identities. The Global Times reporter learned from the national security agency. Li Mengju is also a director of the "Taiwan Independence" organization "Taiwan United Nations Association for Advancement".

According to public reports, the organization has continued to visit all over the world for many years, clamoring "Taiwan joins the United Nations" and "Taiwan joins the World Health Organization" on international occasions, and connects with overseas anti-China politicians.

Li Mengju joined the "Taiwan United Nations Association for the Advancement of China" in 2009, and his "Taiwan Independence" thought has taken shape even earlier.

According to Li Mengju’s confession, in 2001, when he was studying in the United States, he often went to a place called Taiwan Guild Hall in New York. He knew many Taiwanese green campers, such as Xiao Xihui, known as the "Taiwan independence magician." I'm sorry to refuse, so I took this opportunity to learn more about their thoughts. Whether it was imperceptible, I was drawn into this circle."

Under the recommendation of Xiao Xihui, Li Mengju, who returned to Taiwan, was recognized by Luo Rongguang, the "Taiwan Independence" tycoon and the director of the "Taiwan United Nations Association for the Advancement of Taiwan", and finally joined.

According to a police officer from the Shenzhen National Security Bureau, in the organization, Li Mengju contributed both money and effort. Not only did he contract for the annual fundraising meal, he also actively contacted Taiwanese green campers, including Tsai Ing-wen and Lu Xiulian. He was promoted from an ordinary member to a director and became a backbone member in 1988.

In 2019, Hong Kong broke out violent demonstrations that lasted for several months. The Tsai Ing-wen authorities believed that this was a "great opportunity" and lashed out on the mainland of the motherland and vilified the "one country, two systems".

The "Taiwan independence" separatist forces on the island were greatly encouraged and took the opportunity to fan the flames, conveying benefits for the violent forces through various means and channels, and supporting violent demonstrations in Hong Kong.

Chen Yalin, Li Mengju's friend and alternate director of the "Taiwan United Nations Association", approached Li Mengju at the end of July that year, and planned to go to Hong Kong to support the people in black.

A "Global Times" reporter saw a chat record between Li Mengju and Chen Yalin. The two discussed that they planned to enter Hong Kong under the instigation of the "Taiwan Independence" organization "Taiwan United Nations Association" in order to cooperate with the so-called "support for the Hong Kong democratic movement" by the Tsai Ing-wen authorities. The “refueling during the anti-transmission” operation was implemented and the so-called “refueling card during the anti-transmission” was specially made.

According to Li's later confession, the background of this reactionary leaflet was based on the image of "Free Taiwan Supporting Hong Kong Freedom" posted on Tsai Ing-wen's personal social account on June 12 of that year. In the map, Hong Kong and Taiwan used the same year "Sunflower Student Movement". The representative color of "is marked in yellow to distinguish it from the mainland.

In the upper right corner of the flyer, there is also the so-called "National Flag of the Republic of China" and the Hong Kong regional flag into one, symbolizing "Taiwan is a strong backing for Hong Kong."

However, what Li Mengju didn’t expect was that before he left, Chen Yalin suddenly told himself, “I didn’t ask for leave, I can’t go anymore”, “I didn’t think much at that time. Later I felt something was wrong. He knew it. It's dangerous, trick me over."

On August 18, 2019, Li Mengju arrived in Hong Kong. As soon as he landed, he couldn’t wait to launch the “refueling against China”. He actively participated in the anti-China and Hong Kong rally in Victoria Park. He distributed flyers and shouted “Come on” in Cantonese. The man in black took a photo with the so-called "Statue of Liberty" and sent these pictures back to Taiwan as soon as possible, "return for credit, please reward", which was affirmed by many leaders of the "Taiwan Independence" organization "Taiwan United Nations Association for the Advancement". Li himself was deeply inspired and full of energy.

After the completion of the so-called "anti-sent to China and refueling" operation, Li Meng's intentions are still unfinished.

He learned from the Internet that the armed police had assembled in Shenzhen. He felt that this was another good opportunity to express his loyalty to the "Taiwan Independence" organization and demonstrate his ability. He asked his business partners in Shenzhen about the situation, and secretly sneaked into Shenzhen the next day. It was rented to Shenzhen Bay Stadium at a few points, but because it was getting late, the armed police did not see the assembly.

However, he did not give up, after inquiring around, he determined a "best place" to watch the assembly of armed police in a hotel on the top of a tall building.

On the morning of the 20th, Li Mengju got into bed together and couldn't wait to take a taxi to the hotel, and filmed with his DV and cell phone.

But he still felt it was not enough, and then went downstairs to the first floor of Shenzhen Bay Stadium to shoot near the cordon.

"I suddenly heard the sound of'Hey!', so I went back quickly." Li Mengju said in his confession that he later went to the second floor of the gymnasium again, put his phone on his waist and continued to take pictures. The Global Times reporter saw him hurriedly filming A warning sign prohibiting shooting appeared in the video.

After the filming, Li Mengju immediately sent the content back to Taiwan to report to the "Taiwan Independence" organization, and hurried to the dock to prepare to leave the country, but was arrested by the national security agency according to law.

Police officers from the Shenzhen Municipal National Security Bureau told reporters that according to the appraisal of the security department of the armed police, the photos and videos taken illegally by Li Mengju are "secret-level" military secrets, involving the assembly location, main combat equipment, and quantity of troops. Based on this, the level of troops can be calculated overseas. The scale, combat power, and combat intentions seriously endanger national security and will be severely punished by law.

On October 31, 2019, with the approval of the procuratorate, the national security agency arrested Li Mengju in accordance with the law, and transferred the case to the procuratorate for review and prosecution on suspicion of spying overseas and illegally providing secrets to investigate Li Mengju’s criminal responsibility. Global Times reporter It is understood that at present, the case has entered the court proceedings.

In his confession, he stated: "There is no way out for'Taiwan independence and Hong Kong independence'" and "violence is absolutely wrong, and those violent must be brought to justice."

According to his confession, there are two main reasons.

On the one hand, it has long been instigated and bewitched by the Taiwanese Tsai Ing-wen authorities and the "Taiwan independence" separatist forces on the island.

After the "Regulations Amendment Disturbance" in Hong Kong, the DPP Tsai Ing-wen authorities hyped up the island, discredited the motherland, whitewashed the violence in Hong Kong as a struggle for freedom and democracy, and conducted brainwashing education for the people on the island.

On the other hand, political capital can also be obtained through activities in Hong Kong.

In the chat records between Li Mengju and Chen Yalin, a reporter from the Global Times noticed that he believed that in accordance with the requirements of the Taiwan authorities and the "Taiwan independence" organization, going to Hong Kong to carry out the "anti-China refueling" operation can be used as a "political gift" to improve himself. The status is conducive to "election of'legislators'."

A police officer from the Shenzhen Municipal National Security Bureau said, "Whether it is Li Mengju or Chen Yalin, their participation in these activities in Hong Kong is not really concerned about the safety of Hong Kong people and the freedom and democracy of Hong Kong. In fact, they all want to gain access to Taiwan. Some attention, earn your own political capital." "In their eyes,'democracy' is business, and'freedom' is business." An officer from the Guangdong National Security Department revealed that Li Mengju's behavior was an intervention by the "Taiwan independence" forces. According to investigative work, there are many typical cases of Hong Kong affairs except for the case of Li Mengju. 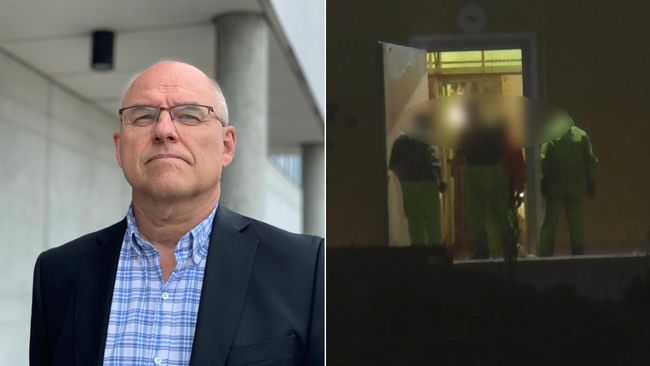 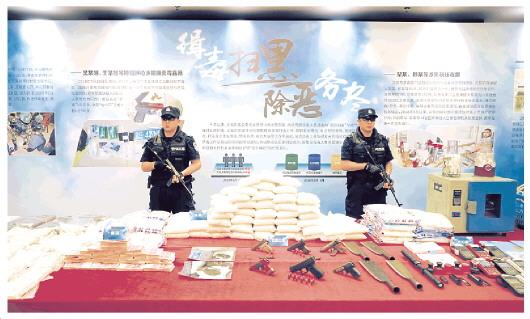 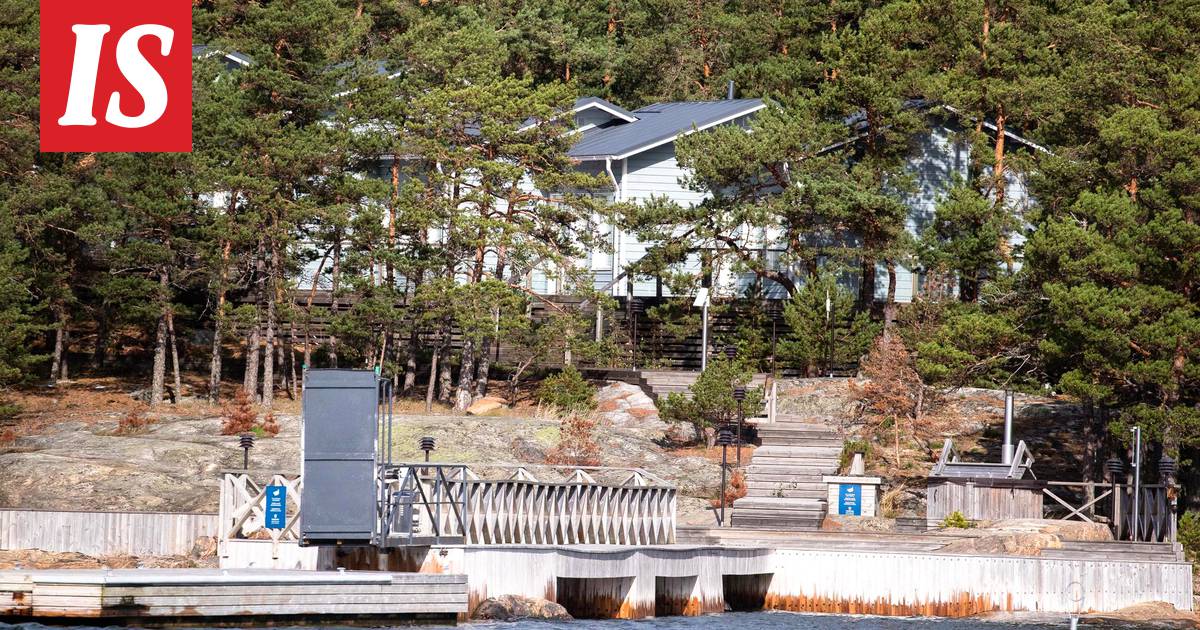 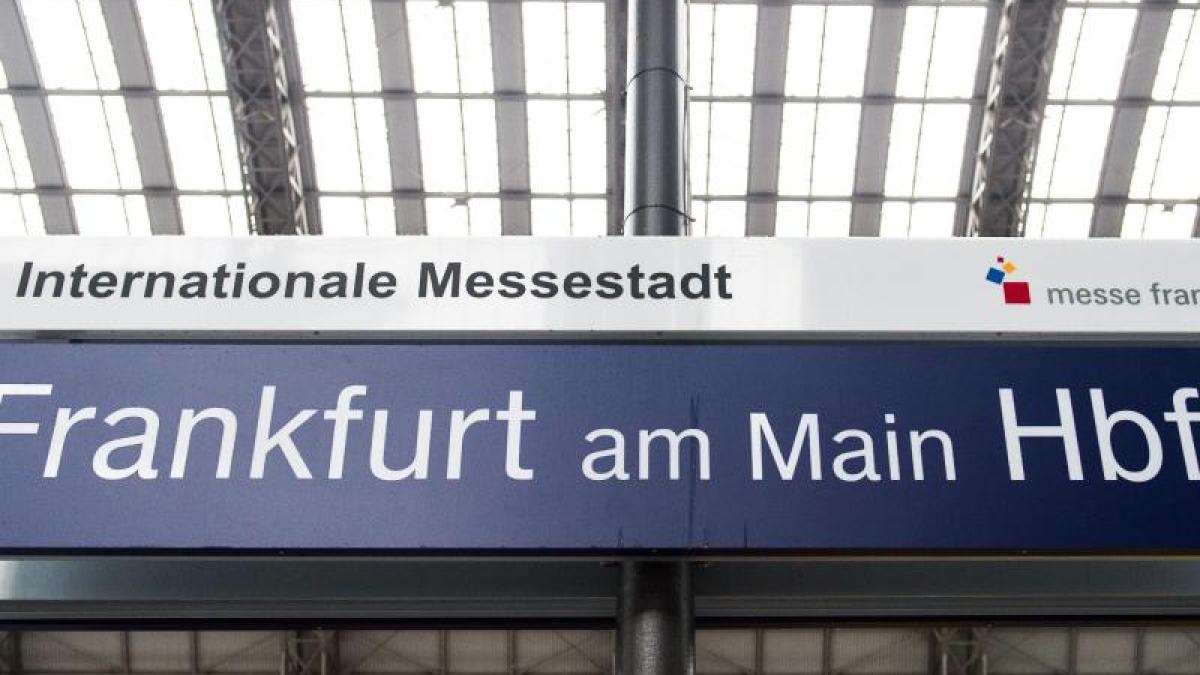 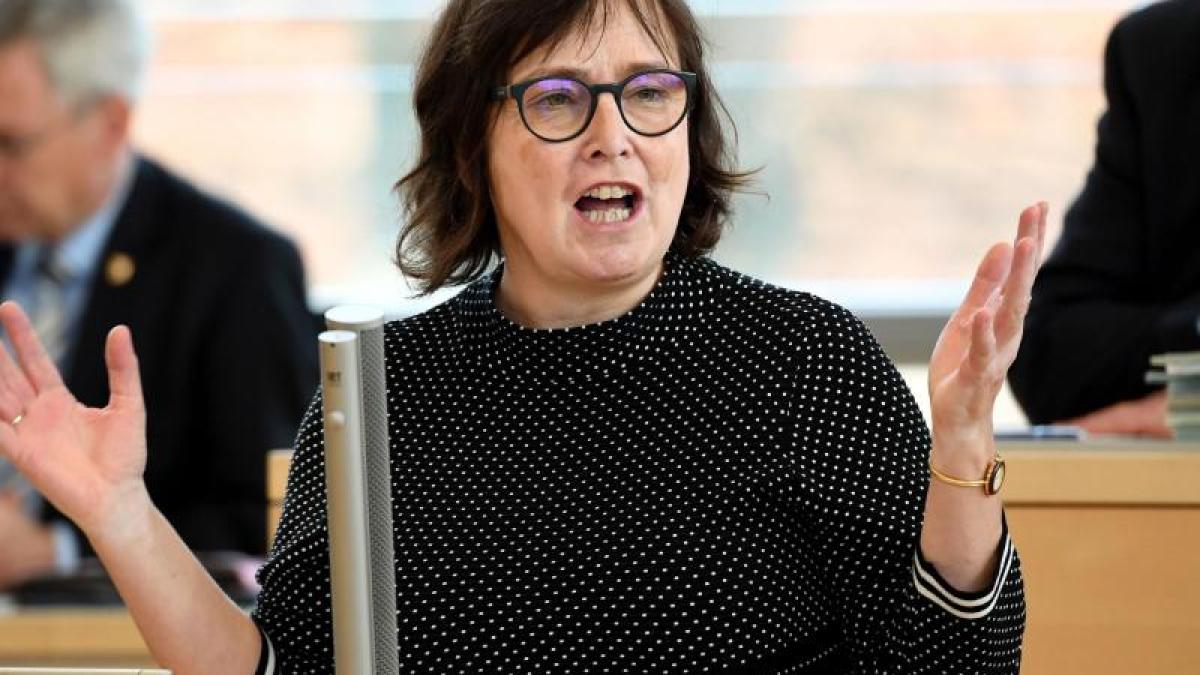 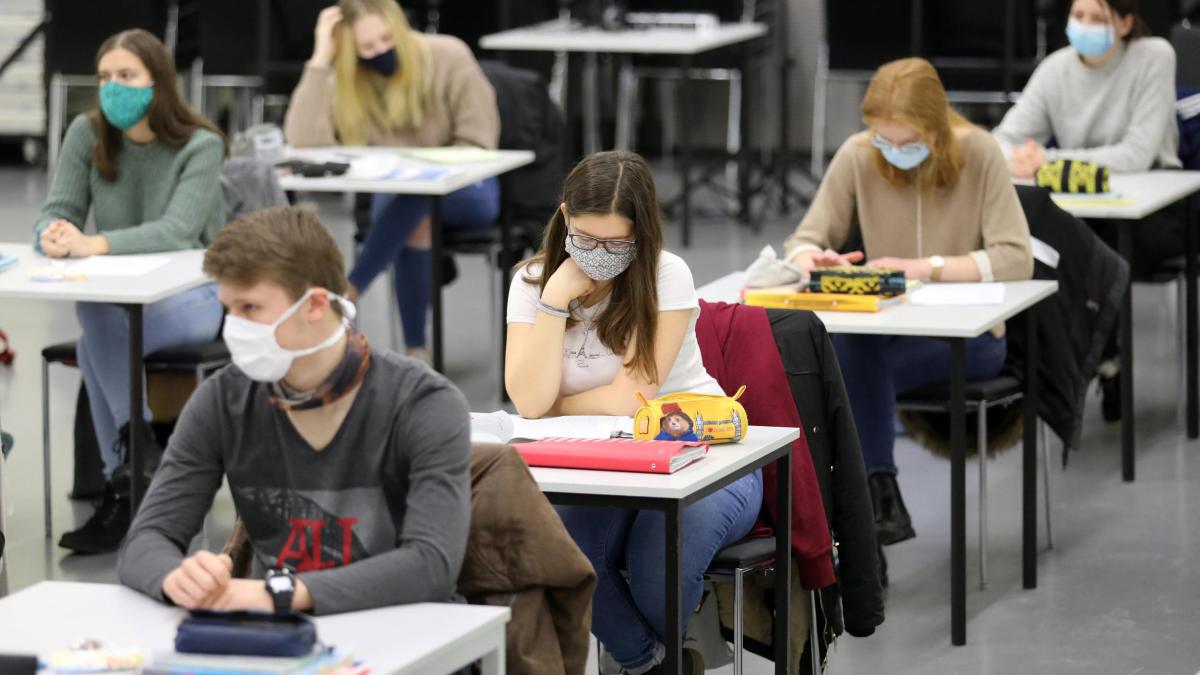