North Korea: a giant parade for a "surprise weapon"?

North Korea is organizing a massive military parade on Saturday to celebrate the 75th anniversary of the one party. The opportunity for Kim Jong-un to unveil the famous "new strategic weapon ... 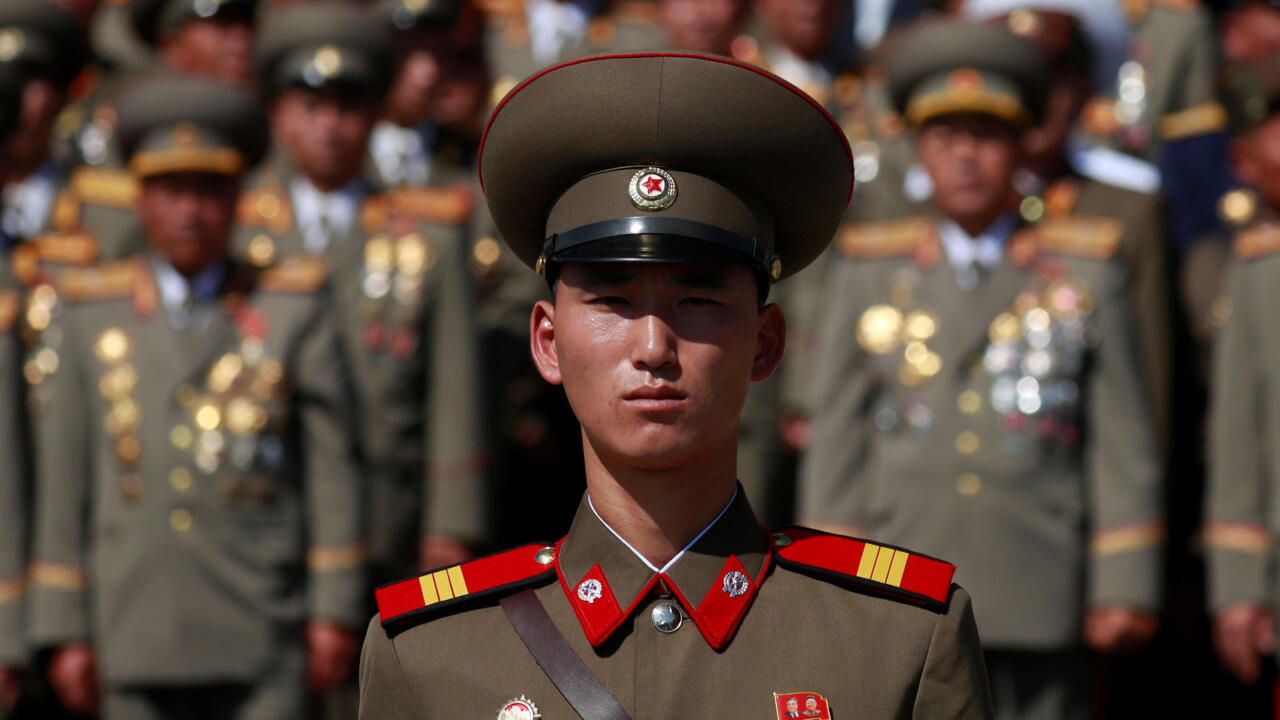 It will be ten years, to the day, that Kim Jong-un will have been officially presented by his father to the North Korean people.

It is therefore a very symbolic military parade that North Korea is organizing on Saturday, October 10, for the 75th anniversary of the Workers' Party.

Soldiers by the tens of thousands, missiles, a mysterious "new strategic weapon" and a great spectacle to the glory of power ... A show of force "unprecedented in the history" of the regime, according to the BBC.

The regime reportedly required 32,000 troops to take part in the celebrations, according to NK News, one of North Korea's leading news sites.

This would be almost three times more than during the parade for the 70th national day in 2018.

The training ground for this kind of festivities, located not far from the Pyongyang air base, has also been enlarged, with the construction of two additional roads and a dozen warehouses where equipment and vehicles can be stored. military, such as mobile missile launchers, reveal satellite images obtained in early October by the 38 North site, specializing in news from the Korean peninsula.

But the highlight of the show will not be the ballet of soldiers crossing Kim Il-sung Square in Pyongyang.

"The big question is to know what type of armament will be presented to the elite of the regime, gathered for the occasion", underlines Robert Kelly, specialist in inter-Korean relations at the National University of Pusan ​​in South Korea, questioned by the conservative American magazine The National Interest.

These military high masses have often allowed Pyongyang to show off its technological progress both in the field of military nuclear power and in that of more conventional weapons, such as its ballistic arsenal.

It was during a parade in 2017 that the North Korean army had, for the first time, unveiled its intercontinental missile capable of reaching North American territory.

And this year, observers expect Kim Jong-un to use the anniversary to stage a mysterious "new strategic weapon."

The North Korean leader first revealed his existence in December 2019, and rumors have been circulating about him for more than ten months now.

The most likely hypothesis "is that it is a solid-propelled intercontinental ballistic missile," said Antoine Bondaz, a specialist in North Korea at the Foundation for Strategic Research (FRS), contacted by France 24 This type of long-range weapon is much easier to move and faster to deploy than the liquid-powered missiles currently available in North Korea, which require a fuel tank to always be nearby.

In other words, "these more mobile weapons pose a much greater threat to the United States and South Korea because they are less easy to destroy in the event of a preemptive attack," notes Eric Gomez, strategy specialist. US military in Asia for the Cato Institute, an American conservative think tank.

If Pyongyang really has such a missile, it "would be the perfect showpiece for the party's 75th anniversary parade," said Sojin Lim, co-director of the International Institute of Korean Studies in Preston (UK), contacted. by France 24.

She believes, in fact, that the regime needs "to make a show of force to reassure national opinion at a time when the authorities are facing major internal challenges".

The global pandemic prompted North Korea to impose very severe travel restriction measures within its borders, which did not help an already very fragile economic situation.

The country has also just been hit by several typhoons which caused significant material damage.

Finally, Kim Jong-un announced at the end of September that the country was not going to meet the five-year economic goals it had set itself and that it was launching an "80-day battle" to revive the economic machine. .

Clearly, he warned already tired North Koreans that "more sacrifices should be made," says Sojin Lim.

Displaying, during the parade, a new improved weapon "serves to demonstrate that North Korea remains a great country capable of technological prowess, which should boost the morale of the population and convince them to make the required efforts", concludes the co-director of the International Institute of Korean Studies.

Waiting for the 46th President of the United States

Of course, it is also a way of signaling to the world, and to the United States in particular, "that despite the sanctions and the international context, Pyongyang remains capable of improving its arsenal", underlines Sojin Lim.

But with regard to the international community, North Korea "is not going to be too provocative during these celebrations either," she adds.

"It's going to be a parade of waiting," confirms Antoine Bondaz.

Kim Jong-un does not know who will be his interlocutor in the United States after the presidential election on November 3 and also does not know on which foot to dance with the new Japanese Prime Minister, Yoshihide Suga.

Lifting the veil on his new mystery weapon should be enough.

The speech that Kim Jong-un must give on the occasion of the parade should not be too belligerent towards the United States, according to the two experts interviewed.

No need to arouse the ire of Donald Trump and possible reprisals a few weeks before a possible change of president.

Above all, Pyongyang wants to keep its best cartridges in reserve for one of its favorite hobbies: welcoming a new White House tenant with a provocation.

It is probably no coincidence that Kim Jong-un has moved the date of the 8th Congress of the Workers' Party to the end of January… to coincide with the taking office of the future 46th President of the United States.