"Serious crack in relations": why NATO continues to insist on Turkey's abandonment of Russian S-400

Secretary General of the North Atlantic Alliance Jens Stoltenberg said that the Turkish authorities should, together with partners and allies, find an alternative to the Russian S-400 Triumph air defense system. NATO believes that the Russian missile defense system deployed in Turkey may pose a threat to the allies. According to experts, the leadership of the alliance and Washington will continue to criticize Turkey's decision, although Ankara has made it clear that it does not intend to abandon the Triumphs. This move by the Turkish side could backfire on the unity of the alliance, analysts say. 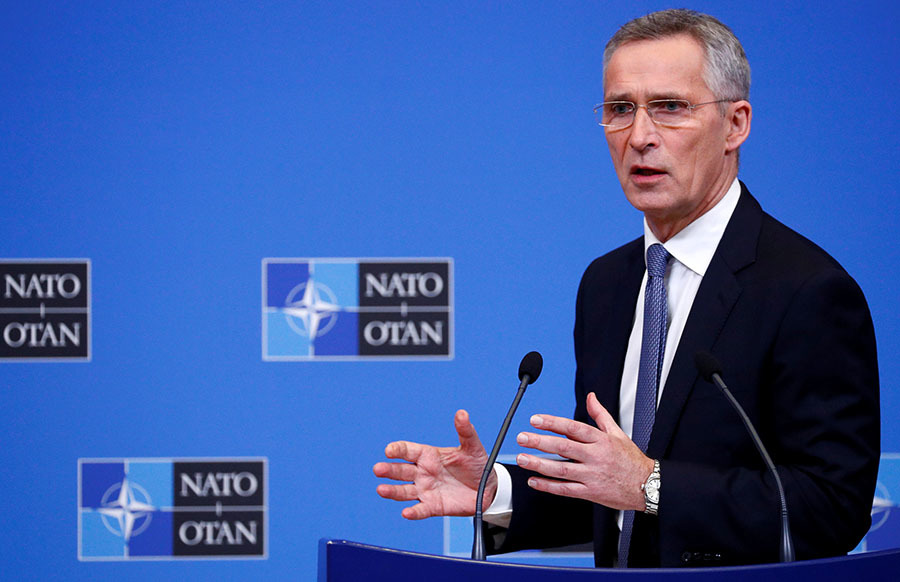 The Secretary General of the North Atlantic Alliance noted that now the partners are facing a number of "difficult questions" that are important to directly ask the Turkish leadership.

“We are concerned about the consequences of Turkey's purchase of the S-400 system.

This system could pose a threat to Allied air assets and lead to the imposition of US sanctions, "Stoltenberg said.

According to him, this decision should be made by Turkey at the national level, but the S-400 system cannot be integrated into NATO's anti-aircraft and anti-missile defense system.

“I call on Turkey to work with other allies to find alternative solutions.

This issue was discussed at today's meeting, ”added Jens Stoltenberg.

Recall that in early September, Turkish Foreign Minister Mevlut Cavusoglu said in an interview with Bloomberg that if Western countries are not ready to sell their air defense systems to Ankara, the Turkish side will continue to acquire similar weapons from other states.

“If you don't want me to buy them elsewhere, then sell them to me yourself.

Otherwise, we will continue to purchase from others.

Tomorrow is a different system.

This does not change the essence, ”Cavusoglu said.

However, the needs of the Turkish armed forces are not limited to these anti-aircraft systems today, he explained.

According to Sergei Balmasov, an expert at the Institute of the Middle East, it is almost impossible to find a worthy replacement for the Russian S-400.

“The experience of using American air defense systems in Saudi Arabia has shown that they are not quite effective, they cannot sometimes stop even handicraft missiles or Iranian-made missiles.

Now, from the alternatives, we can only talk about the old American Hawk air defense systems or the modernized Patriot systems, but they are inferior

S-400, "the expert explained in a commentary on RT.

At the same time, the talk that the S-400 is incompatible with other NATO weapons have a political rather than a technical basis.

A similar point of view is shared by Sergei Ermakov, head of the regional security sector of the Center for Defense Research RISS.

“It is clear that both the USA and Europe have their own air defense systems.

However, they do not reach the S-400, which is why Ankara made such a choice.

Another question is that Turkey can integrate into the collective NATO "umbrella", then partners will take over part of the functions for its defense.

However, in the current conditions, against the background of serious contradictions within NATO, this option is unlikely to suit Ankara, "the expert said in an interview with RT.

The first contract for the supply by Russia of Turkey of a batch of S-400 air defense systems worth $ 2.5 billion was signed in 2017.

Under the terms of the contract, Ankara pledged to pay 45% of the total amount in advance, the rest of the funds were provided by the Russian side in the form of a loan.

The delivery of all components of the air defense system to the Turkish side was completed in the fall of 2019.

Recall that the S-400 Triumph air defense system (according to NATO classification - SA-21 Growler) was developed in the 2000s and adopted by the Russian army in 2007.

The complex is a new generation long and medium-range anti-aircraft missile system.

"Triumph" is designed to destroy all means of aerospace attack - from strategic and tactical aircraft to medium-range ballistic missiles.

A unique feature of the S-400 air defense missile system is the ability to selectively use more than four types of missiles with different launch weights and ranges.

Not only Turkey, but also other countries are showing interest in buying the S-400.

For example, a contract for the supply of air defense systems between India and Russia was signed in October 2018.

The first batch of complexes will be transferred to the Indian side by the end of 2021.

At the same time, Washington is invariably trying to prevent the supply of Russian air defense systems to the world arms market.

Thus, the White House administration continues to try to influence the decision of the Indian authorities to purchase the S-400.

This was stated in August 2020 by the Assistant Secretary of State for Military and Political Affairs Clark Cooper.

Turkey is a NATO member state, and the United States is trying to use this fact as an argument against its purchase of Russian air defense systems, experts remind.

Thus, Washington declares the incompatibility of Russian and NATO weapons, as well as the fact that the deployment of the S-400 in Turkey may lead to the fact that Moscow will be able to obtain information about the technical parameters of the American fifth-generation F-35 Lightning II fighters, which were planned to be delivered to Ankara. ...

The result of the controversy was the exclusion of Turkey from the F-35 program.

The American-Turkish divisions reached such a level that in December 2019, Turkish President Recep Tayyip Erdogan even threatened to close the access to the Turkish bases of Incirlik and Kurecik for the American military.

In December 2019, the Turkish Foreign Ministry published a message in which it emphasized that the country would not stop strengthening its national security, despite US sanctions against the contract for the purchase of the S-400 and the construction of the Turkish Stream gas pipeline.

Ankara and Moscow have begun negotiations on a contract for the second delivery of S-400 air defense systems.

In August 2020, the contract was signed.

This was stated by the general director of Rosoboronexport Alexander Mikheev.

According to Sergei Balmasov, Ankara's readiness to continue to purchase Russian air defense systems is part of Turkish policy towards NATO and the United States.

At the same time, the leadership of the alliance continues to insist on its demands, since it regards Turkey's actions as a serious violation of intra-bloc discipline.

“The Turkish authorities do not want to follow the lead of their Western partners.

Ankara's decision on the S-400, of course, led to the formation of a serious rift in relations between Turkey and NATO.

Politically, we can say that "I found a scythe on a stone."

Turkey is setting an example of disobedience to the rest of the NATO member states and undermining discipline.

In itself, this situation is a symptom of a serious illness of the North Atlantic Alliance, ”the expert noted.

As Sergei Ermakov explained, Turkey's purchase of the S-400 was the reason for fierce pressure on Ankara from NATO and the United States solely for political reasons.

Of course, from this point of view, it is strange for a member country of the alliance to buy Russian weapons.

The fact that Ankara has done this speaks of deep contradictions between Turkey and the general NATO course.

And one should not forget about the strategy of Washington and NATO to build a global missile defense system around Russia.

After Turkey's purchase of the S-400, the country will not be able to become a platform for a global American missile defense system, ”the expert summed up.