Retirement tube and local agreement - Annika Saarikko throws steam at the labor market tables in an IS interview: “It is a minimum goal”

Annika Saarikko has not come up with any solution other than cutting the pension tube so that the mandate given to the labor market organizations for 10,000 additional employees over the age of 55 will be fulfilled. 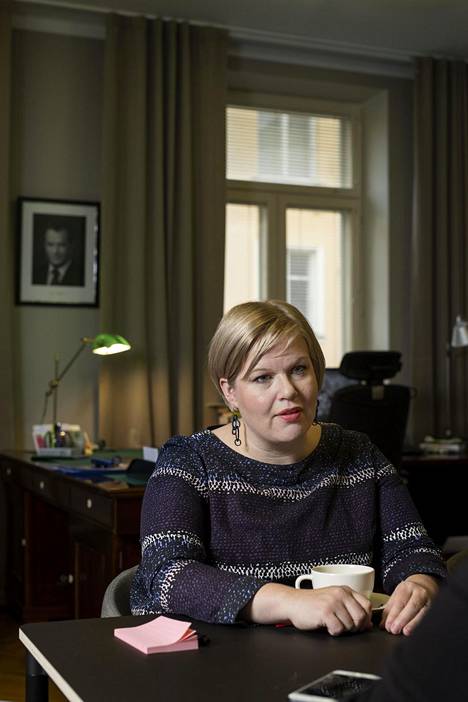 The chairman of the center, Minister of Science and Culture Annika Saarikko, does not swallow the criticism that the party has been left in the bottom line in the budget debate.

From the island, the party's handprint in riih's solutions was significant.

The most important thing for the center was to be able to create stability in the midst of the interest rate crisis.

- Some started from the premise that the government would even stand.

I can say that I fought like a lion over having a government capable of cooperation and decision-making.

After all, such a government does not have a position that is incapable of making decisions, Saarikko piles up.

In addition to stability, the center wanted to make visible the costs related to the corona.

A total of EUR 1.4 billion was set aside for corona testing to increase test capacity to 30,000 tests per day from the beginning of next year.

For Saariko, it was a decision for Finnish working life.

If tests can be done faster, everyday workplaces will be easier.

- We were able to show the hospital districts and municipalities that keeping Finland open safely does not get caught in the money.

According to Saarikko, without the center, the dispute would not have resulted in 30,000 additional employees certified by the Ministry of Finance in accordance with the government program.

With the government's calculator, the measures will create an increase of 31,000–36,000 employees in Finland.

- That was our precondition.

The prerequisite for the success of the whole of Finland is work and employment.

It is not only related to the corona, but also to the aging population and the growing need for services.

This was just the beginning.

A solution must be formed that calculates 10,000 additional employees over the age of 55.

The government will soon be asked to answer the opposition's intermediate question about its economic and employment policies.

It criticizes the government for transferring difficult issues, such as severing the pension tube and local settlement, back to the social partners.

Saarikko emphasizes that it is quite clear to everyone in the government what will happen if they do not get a joint show again this time.

For the pension tube, the time is two months.

- The foreword to the labor market organizations was clear: a solution must be found that will generate an estimated 10,000 additional employees over the age of 55.

It must be sustainable for public finances, and if it does not arise, the government will make a decision.

There is nothing ambiguous here.

The assignment does not talk directly about the pension tube.

The devil lies in the figure of 10,000 additional employees.

Without cutting the pension tube, it is almost impossible to reach.

The employment estimate for the pension tube is precisely that figure.

- The pension tube has been the most commonly discussed.

Personally, I have not come up with anything else, but the social partners have the right to use their creativity as long as an agreement is reached.

The boundary condition for us is that at least 10,000 additional employees will be created, Saarikko taps.

At the same time, he emphasizes that the report of the Ministry of Finance has already highlighted the need for softer solutions alongside, for example, security of change and maintenance of working capacity.

The archipelago is also strict in promoting local agreement.

The results are expected from the social partners in early March before the mid-term government crisis.

- Something has to happen.

It is good for the city center to be able to make truly permanent legislative changes.

At the very least, remove obstacles to legislation from non-union companies.

That is the minimum goal.

In the registration of the government program, local agreements are promoted through test agreements.

Saarikko recalls that the matter has been going on for at least 20 years.

Now Finland lags far behind many comparison countries and it is time for solutions.

If nothing else helps, from Saariko the matter could be approached in everyday life through business cycles.

Then the obvious solution for him is job-specific flexibility.

Earlier in the week, Minister of Education Li Andersson sought relief from a similar cyclical solution to the deadlock, similar to the Korona period.

- Then there is the proposal of the Finnish Chamber of Entrepreneurs and the Central Chamber of Commerce for pilot legislation.

The government still needs the labor market's ability to cooperate exceptionally in the crisis caused by the corona.

Saarikko understands that over time, the social partners have dug into their pottery.

It is basically a lack of trust and should be discussed openly.

Saarikko provides all possible support to the labor market so that they can find a solution.

- The government still needs the labor market's ability to cooperate exceptionally in the crisis caused by the corona.

It is not possible to advance things by dispute or coercion.

There will always be the next day.

According to Saarikko, all the governing parties have now very clearly identified the right things on the employment issue.

The second model of Marin's government, for example, is part of the improvement of employment services.

- Make changes so that there are real incentives to look for work, but at the same time you get individual help.

Another clearly observed problem is that we have a big difference in the position of 55-year-olds compared to comparison countries.

It must be possible to increase the employment of the elderly.

As a third entity, the Center emphasized in the negotiations the preconditions for the success of companies and industry.

The aim was to create faith in the future and send a message that it is worth keeping jobs in Finland.

- Specifying what was agreed in the government program, new guidelines were sought and it was largely the starting point for the negotiations in the center.

I am referring, for example, to a decision on an industrial electricity tax or support for the electrification of industry.

The fourth important entity was a 1.45 billion support package tailored to municipalities for municipal financial difficulties.

Finding the culprits in politics or companies for a deteriorating employment situation does not help.

Saarikko already said after his election as chairman that the strongest glue on the red soil axis of the SDP and the city center must be formed around the work and the resources of Finland as a whole.

This is also what happened to Saariko.

In the negotiations, the SDP and the Center were finally united by concerns about the survival of industry in Finland - in accordance with the government's program in a sustainable way.

In the archipelago, the debate on social responsibility moves a little at the top level.

- For that, we have an unemployment security system.

Finding the culprits in politics or companies for a deteriorating employment situation does not help.

It would be more important to focus on how the situation is handled and new growth would emerge in Finland.

It can be implemented with the help of the EU Recovery Fund, Saarikko formulates.

Speaking about labor market organizations, Saarikko said that winning one match in life is not enough.

Chips must also be stacked for the next game.

You can also look for step signs in Saarikko's sentence about how the center of thought is on its way to the mid-government quarrel.

The archipelago had only had time to be president a week before the budget brawl began.

Many setups had already been created and preparations under the leadership of Finance Minister Matti Vanhanen (center) were well under way.

Saarikko gives all his appreciation for the work to the veteran.

An iconic picture of the negotiations comes to life, in which the five, after reaching an agreement, look at the Old Manor House at the gate, when at the request of Prime Minister Sanna Marin, he clarifies that the government budget is 10.8 billion in deficit.

In the situation, many might have thought that Saarikon should have stood to respond.

Saarikko himself does not find the double tip of the city center difficult at all.

He says he understands that traditionally the leader of the second party in the government has been the Minister of Finance and that may be expected of him as well.

- But what is the compulsion to always repeat the way that has always been done before?

Then Lois image that I am the rain factor, which is able to solve everything alone.

When we have a long-term ex-prime minister in the party who is responsible and willing to perform the task in such demanding times, I will gladly give Finland our best strength.

From the archipelago, in the position of the Minister of Culture and Science, there is plenty to do.

He considers higher education policy to be one of the key ways to promote the vitality of Finland as a whole.

Saarikko has said that he wants to create a strong axis for the SDP from the center.

Marin and Saarikko performed in a striking tandem during the budget debate.

According to Saarikko, the tandem was born spontaneously.

- We came to the door on Monday at the same time.

Sanna asked if we were going at the same time, and we went.

If it gave the impression that we were able to work well together, then that is right.

The archipelago underscores the prime minister’s lead government, and he is not struggling alongside it.

At the same time, he recalls that the primary responsibility for the government's ability to act and make decisions lies with the Prime Minister.

The advantage of the center is that Marin is able to do its job.

- I believe in cooperation in politics, ratkaisuhakuisuuteen and I am very pleased that the Prime Minister is a solution-oriented and that the negotiations progressed very well.

I assumed that we would be self-confident, confident in the future of the speaking party, which is a positive approach.

In her own nest, Saarikko wants to strengthen the party's self-confidence that Finland needs a center.

He hopes it will be able to explain more clearly why it exists and what its role is in Marin’s government.

The offensive outputs of downtown MPs seem to have surprisingly subsided.

- I assumed that we would be self-confident, confident in the future of the speaking party, which is a positive approach.

We have also had discussions with the parliamentary group about this, Saarikko confirms.

The new presidency has positioned the center in the midst of waves of identity politics.

At the extremes are the Basic Finns and the Greens.

Saarikko wants to trust that the strongest shouters will not eat all the attention in the sommelier and the voice of the center will be heard.

- Most Finns sail between the extremes and look for solutions that include the voice of everyday life.

It’s not a road to quick wins, but that’s why the center has been set up: as the voice of quieter people. 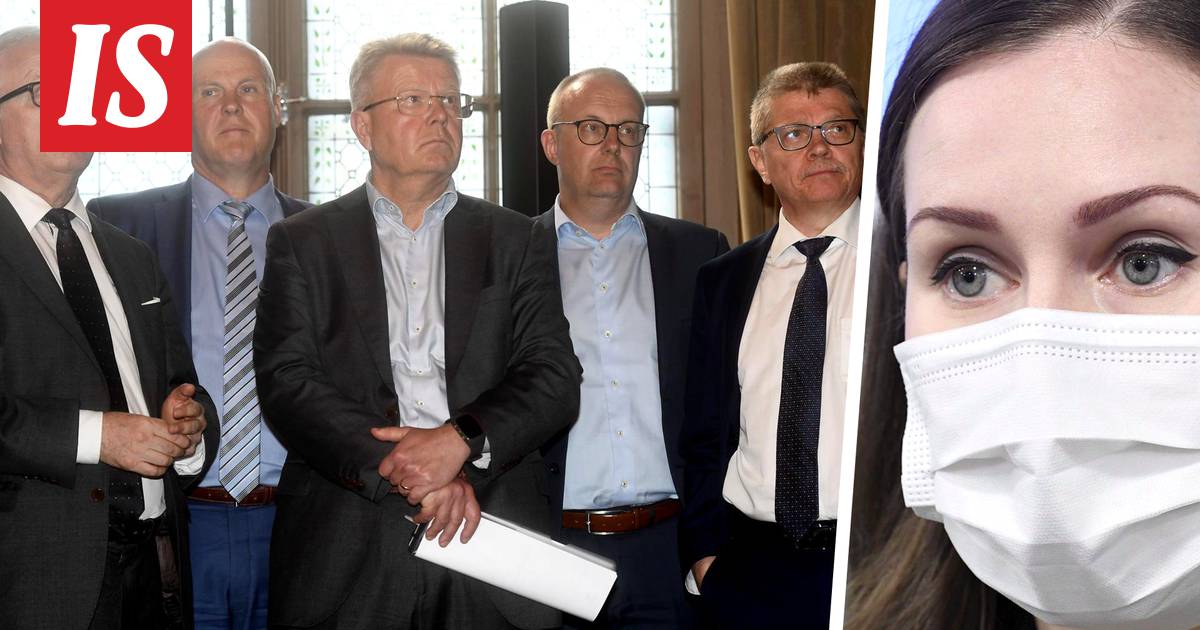 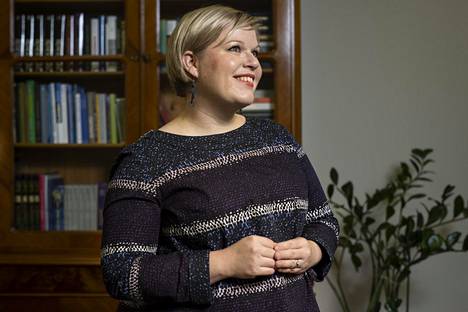 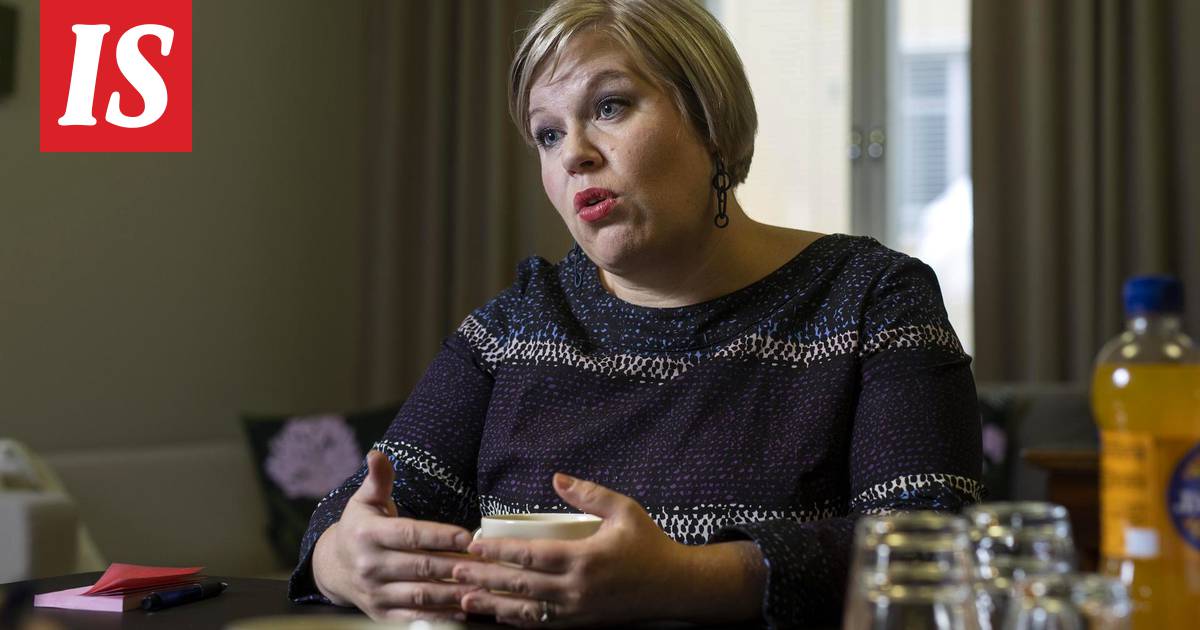 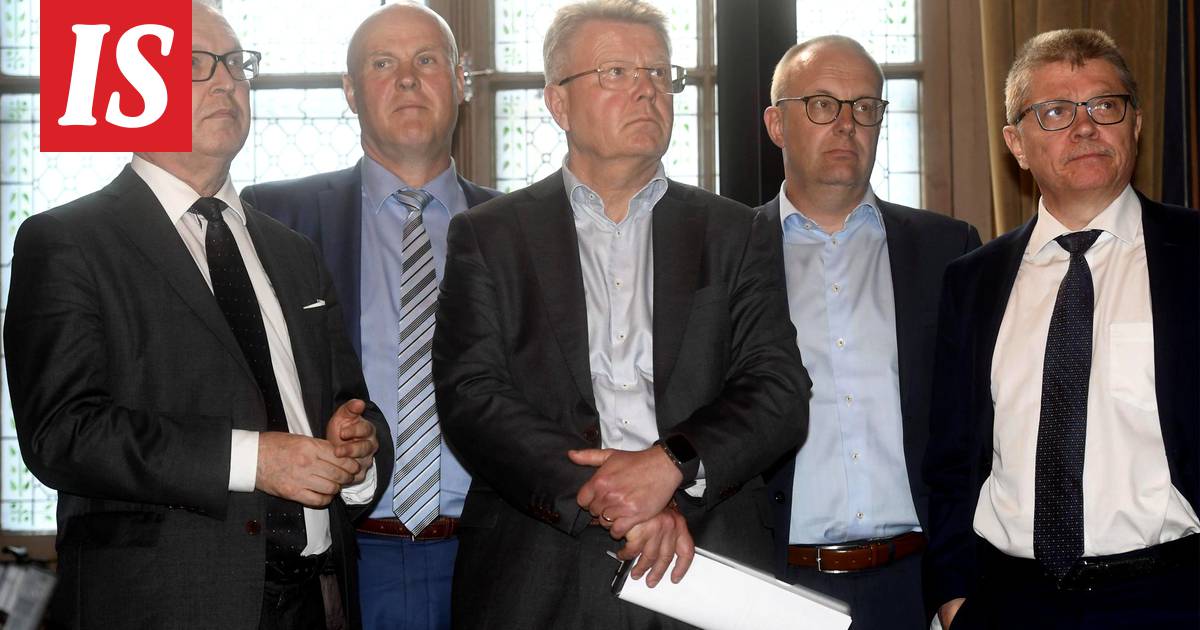 News/Politics 2020-11-30T19:00:25.877Z
The pressure starts to accumulate at the labor market table, time ends at midnight - does the pension tube come to an agreement? 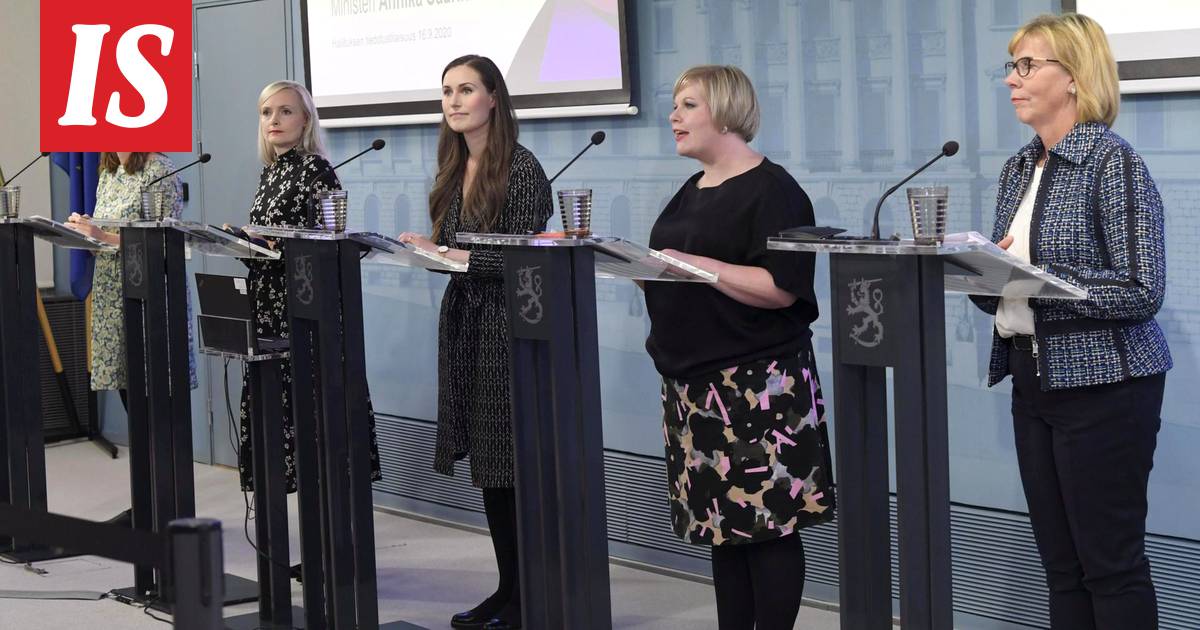 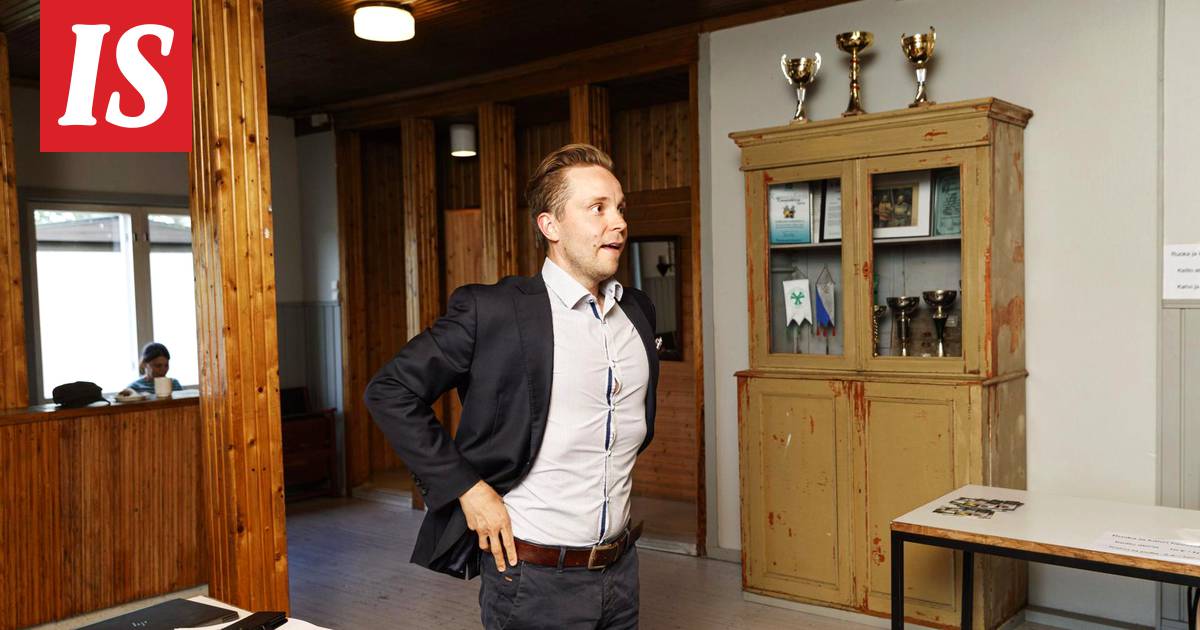 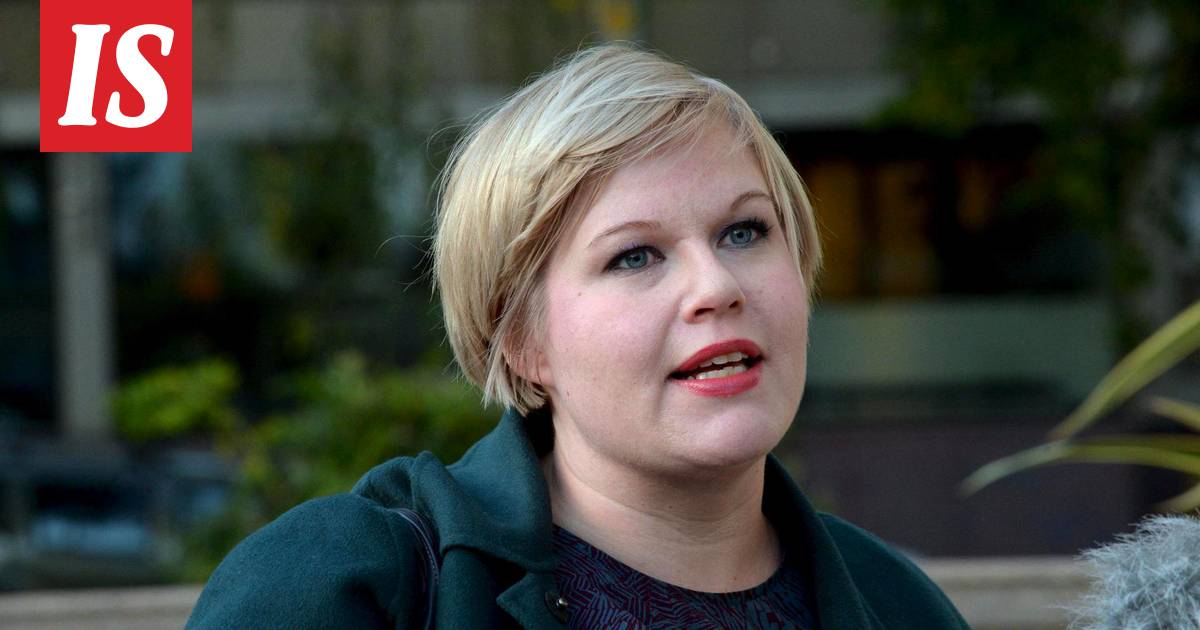 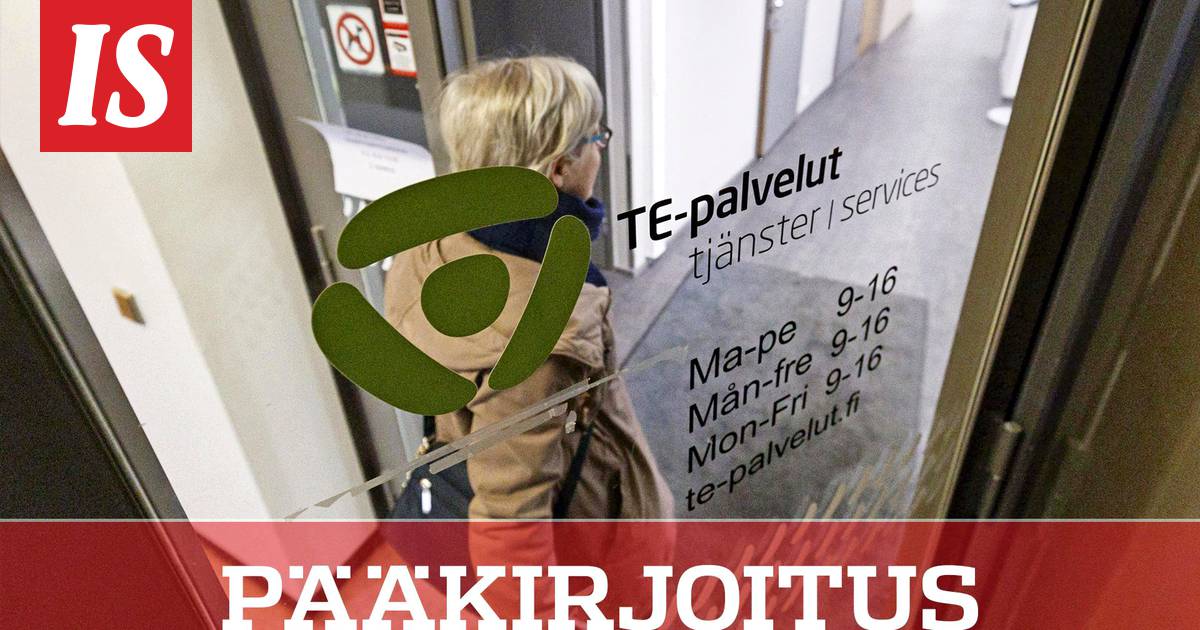 News/Politics 2020-09-21T22:56:00.955Z
Editorial: Attitude employs the elderly - the horrific experiences of people over 55 in the labor market reveal the harsh truth 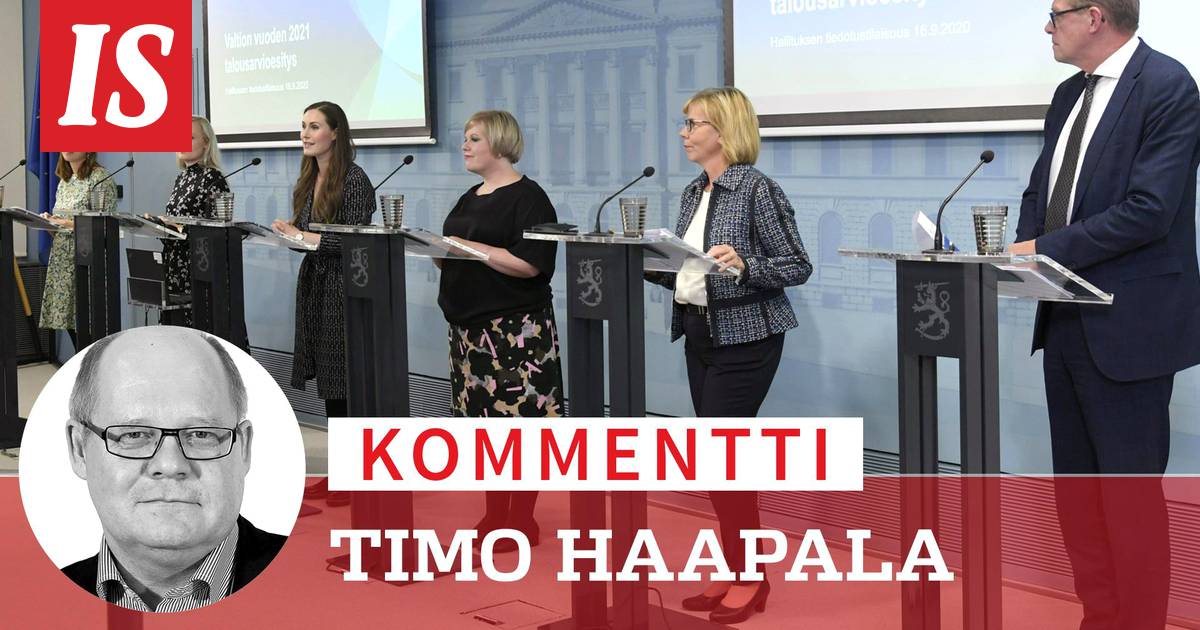