The European epidemic rebounds! Overseas Chinese and Chinese students do these to be safer

The latest data released by the World Health Organization on the 24th showed that the total number of confirmed cases of new crown worldwide reached 31,664,104. From the end of summer to the beginning of autumn, the number of people infected with the new crown virus in Europe has continued to increase, causing all walks of life to worry about the rebound of the epidemic.   Overseas Chinese and 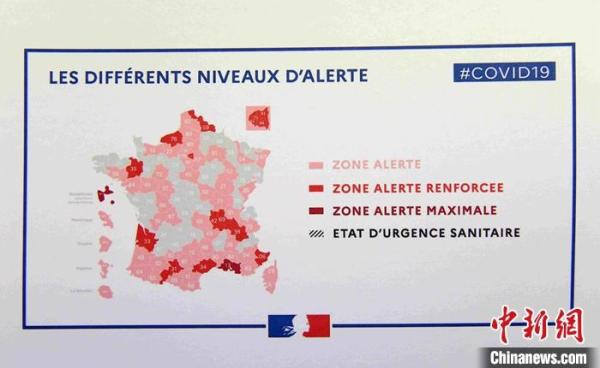 The latest data released by the World Health Organization on the 24th showed that the total number of confirmed cases of new crown worldwide reached 31,664,104.

From the end of summer to the beginning of autumn, the number of people infected with the new crown virus in Europe has continued to increase, causing all walks of life to worry about the rebound of the epidemic.

Overseas Chinese and Chinese students have been diagnosed with the infection in Italy and France.

In the face of this rebounding epidemic, how should overseas Chinese and Chinese students respond?

The rebound of the epidemic in Europe has intensified, and many countries have tightened epidemic prevention policies

On September 17, local time, the director of the WHO European Office, Kluge, said that more than 300,000 new cases were confirmed in Europe in the past week.

At present, the number of new confirmed cases every week in Europe has exceeded the situation at the peak of the epidemic in March this year. "This should sound the alarm for all of us."

From the data point of view, the number of confirmed cases in the United Kingdom, France, Spain and other countries has continued to rise in recent days:

According to the epidemic data released by the French Ministry of Health, the number of newly confirmed cases in France exceeded 16,000 in a single day on the 24th, setting a new high since the outbreak.

On the 23rd, France officially released the latest epidemic map.

On the evening of the 24th local time, data reported by the British government showed that in the past 24 hours, there were 6,634 new confirmed cases of new coronary pneumonia in the country, which was the largest daily increase since the outbreak.

At the beginning of the fall semester of British universities, the British University and College Union reported on the 23rd that a number of universities have had a new crown pneumonia epidemic, and at least 100 students have been diagnosed with the infection.

Spain is already the country with the largest number of new reported deaths every day among European countries under the second wave of new crown pneumonia epidemics.

According to the latest data from Johns Hopkins University, Spain has a total of 168 new deaths from new coronary pneumonia between September 19 and September 21. On September 22, Spain reported new cases in a single day. There were 241 deaths, and 130 were reported on the 23rd. The number of new deaths in a single day is much higher than that of the UK, France, Italy and other European countries.

The German epidemic is also rebounding.

In response to the continuous rebound of the new crown epidemic since the end of summer, many European countries have restarted prevention and control measures.

British Prime Minister Boris Johnson announced a series of new epidemic restrictions on the 22nd, and said that they may last up to six months.

The new epidemic restriction measures include: curfews from the 24th, all bars and restaurants must be closed by 22:00; all employees work from home as much as possible; the army takes to the streets to assist the police in enforcing epidemic prevention measures; the mask injunction will be extended to the retail industry , Taxis and staff and customers of the catering industry; customers of catering companies are prohibited from placing orders at the service counter, and only the waiter can place orders at the table.

On the 23rd, local time, on the eve of the mandatory implementation of the "bars close at 10 pm" new epidemic prevention regulations, a London bar was full of customers.

As of the 24th local time, German officials have listed all or part of 14 of the 27 EU member states as "high-risk areas." The German Ministry of Foreign Affairs has also updated the travel warning accordingly.

The German Federal Minister of Health Spun announced on the 21st that it will adjust the epidemic prevention strategy. It will adopt measures such as the establishment of fever clinics, rapid antibody testing, and implementation of new isolation regulations to respond to the development of the epidemic after the fall.

In Spain, the government of the Autonomous Community of Madrid has decided to implement a traffic restriction policy for at least 14 days in 37 basic health districts in several urban areas and surrounding municipalities in Madrid from the 21st to restrict the movement of people; the number of private or public gatherings in the autonomous area The upper limit has also been adjusted to 6 people.

The city of Nice in southern France has announced new control measures in response to the epidemic, including restrictions on visits to nursing homes; in some areas with severe epidemics in Greece, local schools have been suspended until September 25; in Austria, the government has tightened regulations on epidemic prevention in the catering industry. Tables cannot exceed 10 guests and must close at 1 am; in Ireland, the capital Dublin has implemented a three-level epidemic response mechanism since the 19th, prohibiting non-essential people from entering and exiting the area, and delaying the resumption of the bar.

Overseas Chinese and Chinese students have been diagnosed with infection

Recently, the epidemic in Europe has rebounded, and several cases of infections among overseas Chinese and Chinese students in France, Italy and other countries have aroused the attention of the Chinese embassies and consulates there.

In Prato, Italy, the city with the highest concentration of Chinese in Europe, at the beginning of the outbreak of the new crown pneumonia, the Italian medical community generally believed that Prato was home to more than 50,000 overseas Chinese and it was likely to become the hardest hit area.

However, it was not until the beginning of September that the Pratohua News Agency showed the first case of new coronavirus infection.

Renzo Beatty, head of Prato's health and epidemic prevention department, said that the Chinese news agency has always maintained a record of zero infections after the outbreak of the new crown virus for several months, which should be said to be a miracle.

However, no one can stay out of the new crown epidemic. Chinese patients have been infected for many days in the Prato area, and the infected include teenagers and children.

Recently, some Chinese businessmen in Rome, Naples and other places claimed that they had contracted the new crown virus and informed them of their situation through Moments and group chats, reminding everyone to be vigilant.

In France, the website of the Chinese Embassy in France issued a reminder on September 22 that individual overseas Chinese and Chinese students in France had also been diagnosed with the infection recently.

The embassy once again reminded Chinese citizens in France to attach great importance to the risk of a rebound of the epidemic and take practical protective measures to maintain the health and safety of themselves and their families.

Xiao Qiao noticed that not long ago, more than 20 universities including the University of Manchester and the University of Bolton in the United Kingdom jointly provided charter flights for Chinese students to return to school.

At the beginning of the fall semester of British universities, the new crown pneumonia epidemic has appeared in many universities in the UK, and at least 100 students have been diagnosed with the infection.

How Chinese students prevent this epidemic has attracted the attention of local Chinese media.

On September 21, the charter flight HU7953, carrying 74 international students from all over the country, took off from Chongqing Jiangbei International Airport and set off for Manchester, England.

The British "Huawen Weekly" reported that Chinese students have done a good job in complying with school regulations and government guidelines on epidemic prevention. Most of them have a strong sense of self-prevention and relatively reduce the risk of infection.

Facing the rebounding epidemic, how should overseas Chinese and overseas students respond?

The new crown pneumonia epidemic in Europe has rebounded, and the number of confirmed cases has been rising day after day.

Xiaoqiao noticed that the Chinese embassies and consulates in France, Italy, Ireland, Russia and other European countries have successively issued news, reminding Chinese citizens of the consular district to take strict protective measures to protect the health and safety of themselves and their families.

Based on the epidemic prevention recommendations of the above parties, Xiaoqiao summarized the following points for the reference of overseas Chinese and Chinese students:

-Private occasions such as family and friends gatherings have become the most important source of infection.

Do not participate in all kinds of gatherings, such as family gatherings, friends gatherings, wedding banquets, etc.; do not go to closed, airless public places and places where people are concentrated, such as mahjong halls, chess and card rooms, etc., to prevent clustering epidemics and resolutely block the new crown The infection, spread and spread of viruses.

——Make full use of this time to optimize your lifestyle, such as strengthening healthy diet, taking active physical exercises while ensuring safety, ensuring adequate sleep, making your body healthier and resisting virus attacks.

-Avoid panic and respond to the epidemic scientifically and rationally.

In the face of the continuing rebound of the epidemic situation, please remain calm, do not believe or spread rumors, and carry out scientific epidemic prevention to reduce the risk of infection.