President Moon Jae-in sent a letter to North Korean leader Kim Jong-un on the 8th, saying, "Protecting the lives and security of 80 million Koreans is the most fundamental that we must protect despite any challenges and difficulties." I sincerely wish that it will be,” he said. 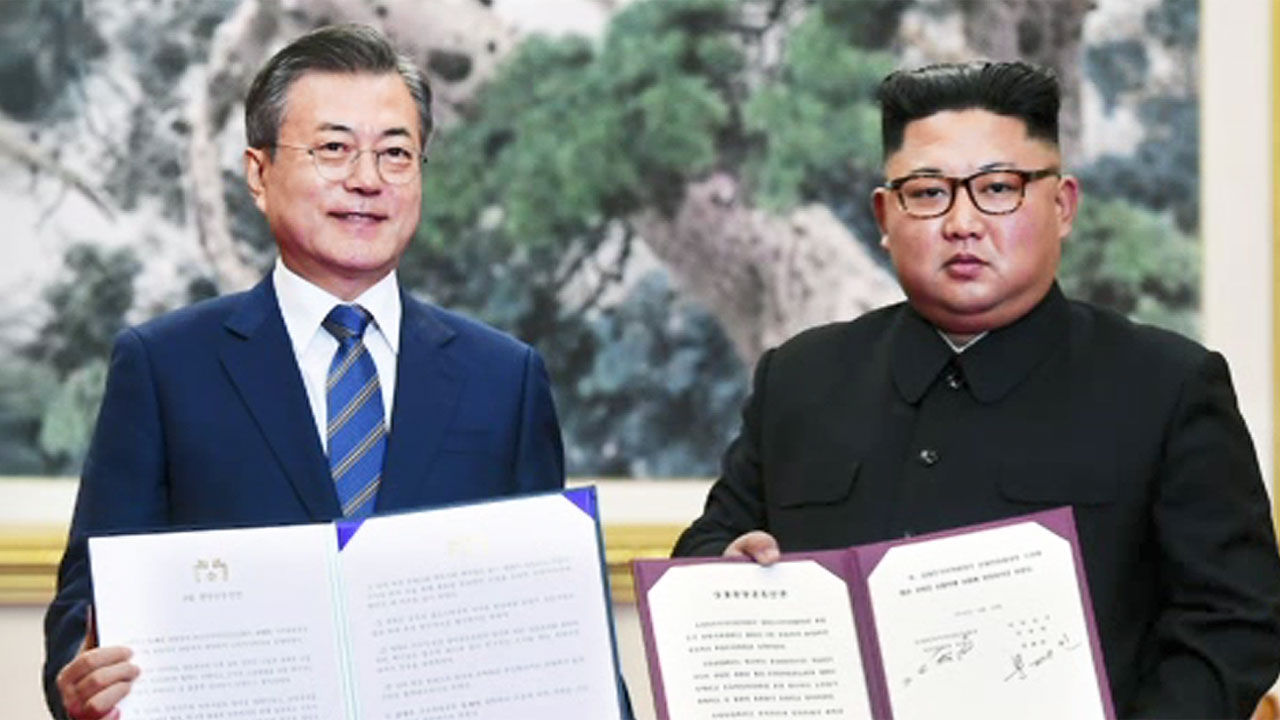 President Moon Jae-in sent a letter to North Korean leader Kim Jong-un on the 8th, saying, "Protecting the lives and security of 80 million Koreans is the most fundamental that we must protect despite any challenges and difficulties." I sincerely wish that it will be,” he said.

The head of the National Security Office, Seo Hoon, said today (25th), "As the people's interest in the exchange of friendship between North and South Korean leaders increased, President Moon instructed the public to inform the public about the contents of the recently exchanged letters as they are" Has been released.

Chairman Kim Jong-un of the Democratic People's Republic of Korea

, from the very long and painful battle of the coronavirus to the heavy rain and several typhoons, it is a time of great trial for us all.

I am deeply sympathetic to the appearance of the Chairman of the State Council, who seeks to find the scenes of disasters, comforts those in need, and tries to overcome the damage recovery from the front.

In particular, I salute the Chairman of the State Council for his strong commitment to respect for life.

A broken house can be rebuilt, a broken bridge can be reconnected, and a fallen rice plant can be raised up, but a person's life is irreversible and is an absolute value that cannot be exchanged for anything.

Protecting the lives and safety of our 80 million Koreans will be the most fundamental that we must protect against any challenges and difficulties.

It is unfortunate that we are unable to help each other even in today's situation where every day is in jeopardy, but as compatriots, we will support each other with hearts and overcome them together.

I sincerely hope that all the difficulties of the North Korean compatriots will be overcome as soon as the Chairman of the State Council wishes.

I hope that the Chairman of the State Council and his family are always in good health.

President of the Republic of Korea』

-The following is the full text of Chairman Kim's personal letter

As I read the president's letter that touched me after a long time, I felt deep comradeship at the heartfelt consolation overflowing with each line.

We will be grateful for your warm heart.

I, too, take this opportunity to convey my sincerity to the President and my compatriots in the south.

In recent years, I came to think of the president's logo, which will overcome the heavy burden alone by overcoming tough challenges that no one can handle on behalf of, after receiving news of the continuous spread of malignant viruses and the subsequent typhoon damage in your area.

I think I know better than anyone how hard the President will be, how heavy pressure he will be, and how hard he is trying to overcome this ordeal.

However, I firmly believe in my heart that the President's extraordinary devotion to the country and his people, his strong will and ability, will surely overcome this crisis.

I convey my sincerity to share it with the South, who is suffering from difficulties and pain, and always want to be with you.

We look forward to seeing these terrible times of the year go by quickly, and the days when good things await one after another.

I am always worried that the President will be chased by a heavy duty and will forget to take care of the devil's health at all.

And once again, I sincerely wish that the precious health and happiness of the South Koreans will be preserved.

We sincerely wish all the well-being.