Room very hard about corona approach: 'I have the idea that they are lying'

The Lower House is furious about the cabinet's corona approach. Opposition parties PVV, GroenLinks, SP, PvdA and GroenLinks demand clarification in the parliamentary debate on Tuesday about the shortage of tests, the staff shortages in source and contact investigations and the changed RIVM mouth masks guideline for elderly care. 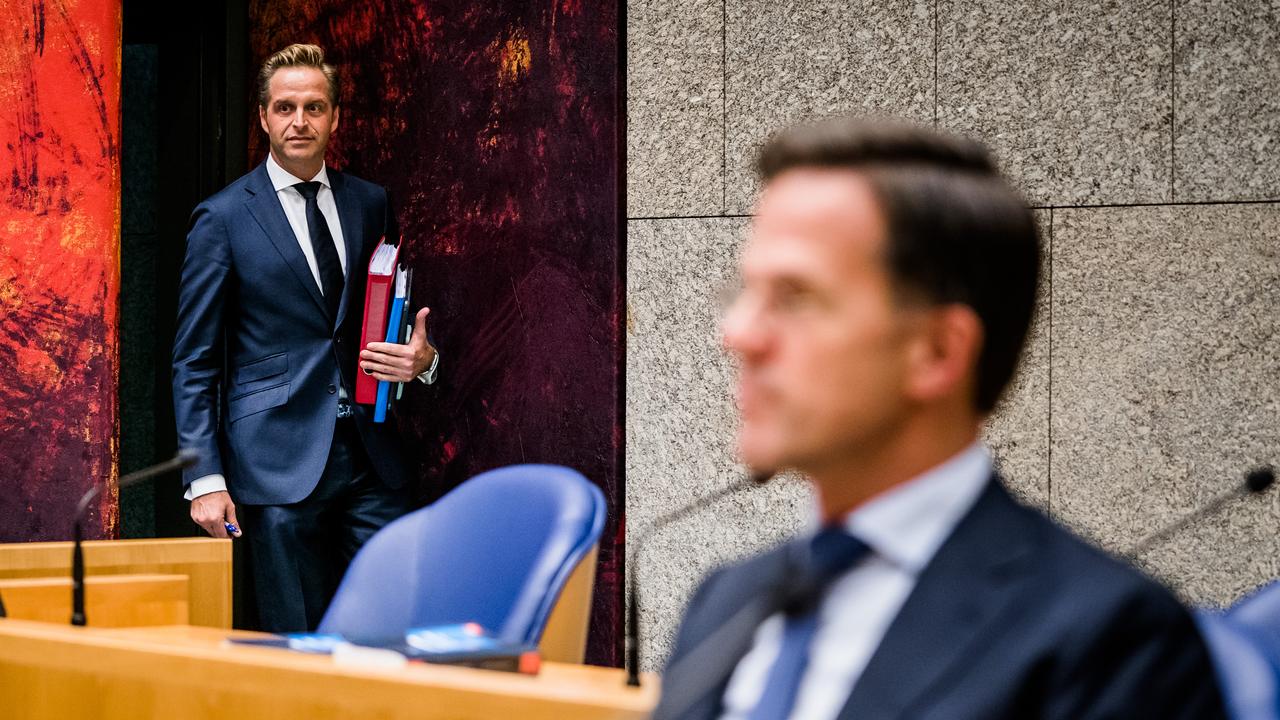 The Lower House is furious about the cabinet's corona approach.

Opposition parties PVV, GroenLinks, SP, PvdA and GroenLinks demand clarification in the parliamentary debate on Tuesday about the shortage of tests, the staff shortages in source and contact investigations and the changed RIVM mouth masks guideline for elderly care.

"The cabinet is making a mess of it", said PVV leader Geert Wilders.

PvdA leader Lodewijk Asscher: "It is chaos in the testing policy."

"I now have the idea that there is a lie", was the harsh judgment of GroenLinks leader Jesse Klaver.

Klaver is referring to

which it came to light that the RIVM has tacitly amended the masks guidelines.

At the start of the corona crisis, the Ministry of Health stated several times that scarcity of protective equipment played no role in the advice for employees in elderly care.

Initially, they did not have to wear a face mask for "casual contact".

That advice was adjusted at the end of August and a mouth mask has been recommended ever since.

Her party has repeatedly asked for protective equipment for all healthcare employees in recent months.

If RIVM and the cabinet have not advised employees to use mouth masks on the basis of scarcity, they want to know on the basis of which scientific insight that decision was taken.

Several parties also strongly criticized the testing policy and the faltering source and contact research, while the number of positive corona tests continues to increase.

At the moment, there is a glaring shortage of testing capacity in the laboratories and personnel to conduct source and contact research.

On Tuesday afternoon it became clear that ten thousand test applications are being rejected due to shortages.

He points out that the House of Representatives has been calling for months that the testing capacity must be in order.

"What have you been doing in recent months?" He asked Corona Minister Hugo de Jonge.

"We cannot afford a minister who can no longer handle it all."

Coalition party D66 is also annoyed by the shortage of tests.

He sees that the cabinet is now going to work with large labs, but wants to know why that is only now happening.

"It should have been earlier."

According to Jetten, the cabinet does not have too many things in order and that undermines support for the corona rules.

Klaver: 'A call from influencers is the tip of the iceberg'

He referred to a group of well-known and lesser-known Dutch people who turned against the corona policy on social media on Tuesday - on the initiative of conspiracy thinker Willem Engel of Viruswaarheid (formerly known as Virus Madness).

Jetten condemns the actions, but sees that a lack of perspective and changing messages from the cabinet are causing conspiracy thinkers to gain a foothold.

"People stick to the rules when the government is in order."

According to him, the influencers are the tip of the iceberg.

"People need to know where the cabinet is working. That cannot wait for a vaccine."

According to the GroenLinks leader, a well-functioning test policy is the only way parts of society can be safely reopened.

"And that is precisely what goes wrong."

Klaver emphasized that the House gave the cabinet a lot of room at the start of the crisis, but believes that the Netherlands should have been better off now - seven months later.

Asscher: 'Be honest and admit mistakes'

Several parties are asking the cabinet to communicate better about the measures and to radiate more urgency themselves.

For example, VVD, CDA, D66 and PvdA would like to see the press conferences, RIVM sessions in the Chamber and debates return at a fixed time.

Asscher also wants the cabinet to be clearer about when things go wrong or do not go as planned.

"Be honest and admit mistakes."

He blames Rutte and De Jonge for raising expectations that are too high.

"There would be an app, then the dashboard would help us on time. De Jonge is like someone who says he will do the dishes tomorrow. If that doesn't happen, Rutte says that De Jonge would do the dishes anyway."

Asscher also wonders whether the measures announced on Friday for the catering industry are sufficient to turn the tide.

Dik-Faber is also critical of this.

"We look straight into the eyes of the second wave. The cabinet will scrap the last lap in the pub, is this the dike with which we will stop the second wave?"