In the evening, the TV hit Lady Bird, which depicts a teenage girl’s growing pains 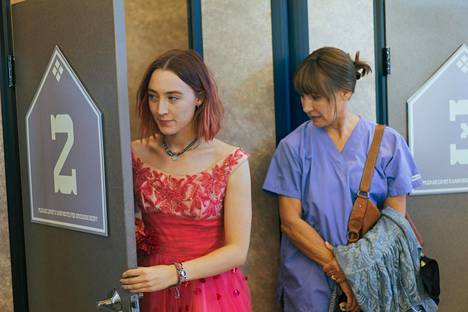 Greta Gerwig (b.1983), a director-screenwriter who also created a career as an actress, immediately rose to the ranks of today's most renowned female directors with her debut directing with Lady Bird.

Gerwig’s second and so far most recent directorial work has also been featured in the awards gala, Little Women (2019), which is a re-filming of a beloved classic story.

The lightly flowing Lady Bird is the growth story of a young girl set in 2002.

Christine, 17, who lives in Sacramento, California, is thirsty for life experiences as Lady Bird (Ronan), who has given herself to herself.

Desperately longing for a landscape change, Catholic school lady Bird resolutely dreams of a college place in New York, while trying to get creative with romances, friendships, and the financial challenges of her family.

Laurie Metcalf plays a strong role as the mother of Lady Bird.

At the heart of a story made up of apt ingredients that vividly depicts the everyday life of a teenager and the pain of youth is a loving but jagged relationship between daughter and mother (Laurie Metcalf) where clashes are not avoided.

The characters written by Gerwig feel real and the Actors shine in their roles.

As a whole, Lady Bird manages not only to have fun but also to touch.