They believe that Democrats and Hollywood control secret pedophile networks

"QAnon" is the movement that believes that Donald Trump is secretly fighting a secret, satanic and child-eating pedophile ring. Here is the conspiracy theory that may soon enter the US Congress. 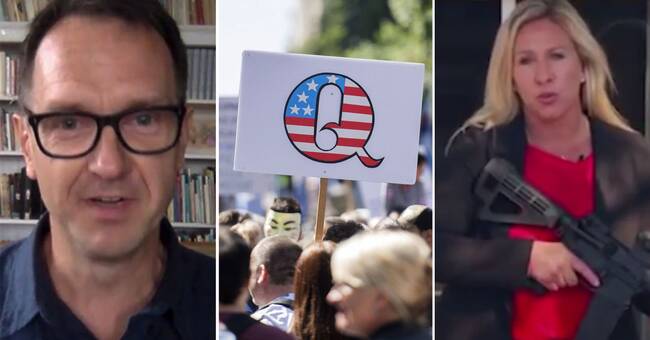 QAnon supporters believe that there is a large, powerful conspiracy that governs the United States behind the scenes - consisting of satanic pedophiles and globalists.

- And then at the same time it is believed that the Trump administration and Trump have a hidden plan to fight this vicious conspiracy, says Kent Werne, journalist and author of the book "Everything is a conspiracy".

Hundreds of thousands of followers

According to the New York Times, these are probably hundreds of thousands of followers who more or less believe in the movement's conspiracy theories.

In recent months, social media platforms such as Facebook, Twitter and Tiktok have removed material that spreads the QAnon theories.

One of the deleted Facebook groups had almost 200,000 members when it was shut down.

QAnon has also gained a foothold in American politics.

"In the five years in particular, conspiracy theories that were previously out in the margins have found their way into the political middle ground more and more," says Kent Werne.

A sympathizer is elected to Congress

In the run-up to the upcoming US election, at least 11 Republican candidates are openly sympathetic to the movement.

At least one of them, Georgia Marjhorie Taylor Greene, will be elected to Congress.

President Donald Trump says he has little control over the movement.

- I have heard that they love our country, Trump said at a press conference without commenting on the movement's ideas further.