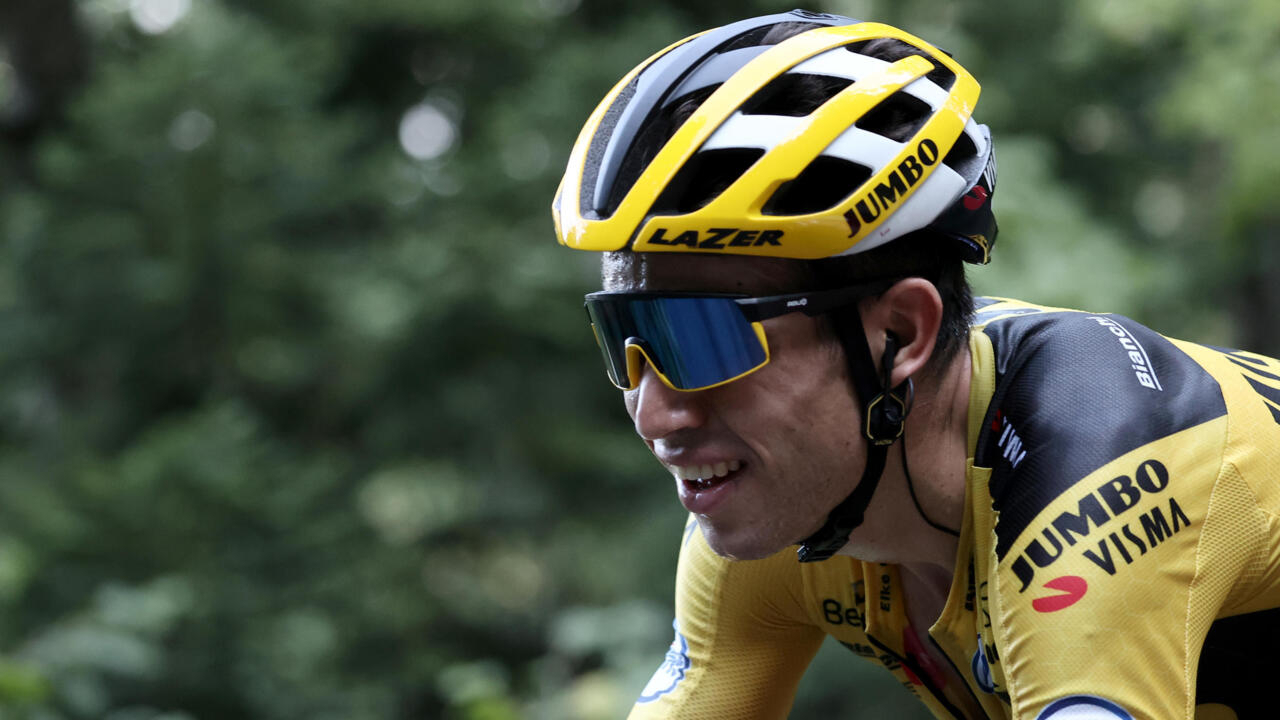 Jumbo's No.1 weapon, capable of winning over massive arrivals and eliminating the competitors of its leader Primoz Roglic, scrambles the benchmarks of cycling.

Finisher beating Caleb Ewan and Sam Bennett in a massive sprint at Privas one day;

luxury team-mate in the yellow mountain jersey signing the podium of a stage with nearly 5,000 meters of elevation gain at La Roche-sur-Foron another day: Wout van Aert seems to reconcile the irreconcilable by bike.

"He wins lap times, massive sprints and we saw him very strong in the mountains to support his leader", enumerates Julian Alaphilippe, who does not consider himself "at the level this year" of the 26-year-old Belgian.

Its power to win in the sprint, the general public has already known it since its success in Albi on the 2019 Tour. When the three-time cyclo-cross world champion won ahead of the Italian Elia Viviani, at his best level , and the Australian Caleb Ewan rocket.

Its enormous progress when the road rises frankly.

Last year, after putting on the best youngster's jersey at the end of the team time trial (2nd stage), the Belgian showed his own limits on the long slopes: "So far, I feel good , but I weigh 78kg so I won't be able to keep that white jersey on the mountain. But I hope the dream doesn't end too soon. "

On Thursday, during the last alpine stage, he was more than two and a half minutes ahead of leaders like Adam Yates, Guillaume Martin or Rigoberto Uran.

To the point of settling in 20th place in the general classification - however more than an hour from the top 10. What astonish followers on social networks like some runners.

"He is the first in this weight category to climb as well", notes to AFP the German Maximilian Schachmann who will be one of his rivals at the next world championship in Imola (Italy).

Fabian Cancellara or Miguel Indurain come to mind among couriers over 75 kg who are equally at ease in the passes.

More recently, Olympic champion Greg Van Avermaet, currently 74 kg on the scale according to his CCC team, won in Lioran, in Cantal, on the 2016 Tour after a course including in particular the Col de Neronne and the Pas de Peyrol climbed this year during the Puy Mary stage, recalls AG2R performance director Jean-Baptiste Quiclet.

"(Greg van Avermaet) is a little lighter, but he also won the Olympic Games road race the same year on a course with a positive elevation of around 3,000 meters", he explains.

But it was two bangs in a day, a different situation than three weeks of supporting a leader.

"I have no other examples," says Jean-Baptiste Quiclet.

"His passage through cyclo-cross must have allowed him to develop his VO2 max or anaerobic capacities, he outlines. Capacities that he then had to transfer to the road".

From there to winning a Tour de France?

"Despite everything, I don't think so," said Guillaume Martin at the start of the week.

Even Patrick Lefevere, the boss of the Deceuninck team, who is rarely wrong in the choice of a rider, did not imagine such a progression for his compatriot.

He had preferred not to recruit him because of the uncertain contractual situation of the Belgian hope vis-à-vis his former team.

"I never thought that Wout would become as good as he is now, nevertheless admitted Lefevere in the Belgian daily Het Nieuwsblad. Anyone who claims to the contrary can obtain a diploma as a lecturer."