China News Service, September 17th. According to the US "World Journal" report, since the epidemic, many Chinese restaurants in the United States have gone from anxiety to active survival, and Lin Guoyao, a Chinese restaurant business, is one of them. "When the epidemic began to spread in the United States, I was very anxious for two weeks, and I didn't know how the store would develop next. For 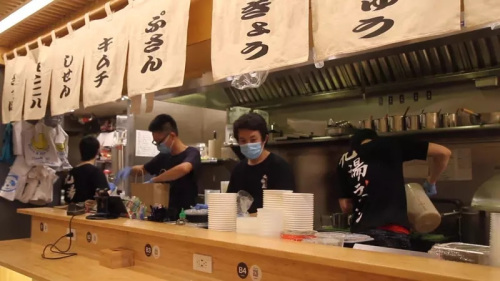 China News Service, September 17th. According to the US "World Journal" report, since the epidemic, many Chinese restaurants in the United States have gone from anxiety to active survival, and Lin Guoyao, a Chinese restaurant business, is one of them.

"When the epidemic began to spread in the United States, I was very anxious for two weeks, and I didn't know how the store would develop next. Fortunately, under a series of measures, store sales increased and employee income doubled."

After 14 years of painstaking management, Lin Guoyao's own beverage store has grown to more than 40 stores across the United States. The ramen restaurant brand introduced in 2019 is also booming, and another six branches are also in preparation.

In addition, orders for mullet cakes from homemade pastry brands are also increasing.

Everything seemed to be moving in a better direction until the epidemic broke out.

"I watched the news related to the epidemic and knew that the catering industry would face major challenges, but I was very anxious every day because of uncertainty about the direction of development."

"During the epidemic, the'Nine Tang House' did not dare to close its doors for one day, and I would like to express my gratitude to the employees who are willing to continue to follow me to work." Nevertheless, the restaurant's turnover dropped by nearly 80% at first.

During the epidemic, Lin Guoyao did not dare to close the door.

In order to ensure the interests of franchisees, Lin Guoyao temporarily closed all of his direct beverage stores in New York, hoping to ease competition in franchisees, but business still plummeted.

The franchise owner on Main Street in Flushing complained, “In the past, the five employees in the store were too busy to work together. During the epidemic, there was nothing to do at work.”

Before the epidemic, most of Lin Guoyao's guests came directly.

“Queues at the door for an hour or two are the norm. We are too busy offline, so we have not considered developing online.” After the epidemic, to quickly change the business model, the first decision he made was to join major food orders. Delivery platform.

"Each platform has a major customer base"

After joining the online platform, Lin Guoyao began to study how to highlight his own brand on the ordering delivery platform.

"Each platform has its own main customer groups. Some are mainly Chinese and some are concentrated in Manhattan. The criteria used for ranking restaurants on each platform are different. To increase orders from the platform, these research work is essential. "

Secondly, some adjustments are made according to changes in customer consumption habits.

"For example, now most food orders are based on the family, and the introduction of family packages can better meet the needs of consumers during the epidemic period and increase the amount of each order."

Increasing the delivery distance is also Lin Guoyao's main strategy to increase his turnover during the epidemic.

"It used to be close, but now our meals can be delivered to Brooklyn, Manhattan, Long Island and even New Jersey." For long-distance delivery, he improved the meals into semi-finished products.

"The soup becomes frozen and the noodles become raw noodles. After the customers get the meal, they heat the soup and then cook the noodles. Although there is an extra set of procedures, the taste is guaranteed. Before some epidemics, it is impossible to order similar takeaways The community, this is very popular."

Through this series of measures, Lin Guoyao's restaurant's turnover has increased by about 30% compared to before the epidemic, with hundreds of daily orders.

"Whenever I find some tips to help increase turnover, I am very excited."

"The epidemic is a challenge and also brings opportunities"

"The epidemic will always pass, but I believe that the impact of the epidemic will not completely disappear. The next challenge for the catering industry will be how to divert online traffic back to offline, both at the same time." Lin Guoyao said.

Lin Guoyao also plans to introduce some measures, such as launching his own branded food ordering platform to further integrate various products under his brand to help drive online beverage orders.

He also plans to "virtually join" with a number of large-scale restaurants to facilitate the use of existing resources of various catering groups to further expand the influence of his own brand.

During the epidemic, online business was developed, and delivery orders in stores increased significantly.

"The epidemic brings challenges to every industry, but it also brings more opportunities. As the times change, we will always find a new way out. The epidemic has not overwhelmed us, making me busier now than before. Our employees are more united than before and have more confidence in the company. I believe that the development of the company will only get better and better. I can do it, and so can other businesses.” Lin Guoyao said.

From stall to chain store owner

39-year-old Lin Guoyao is from Changle, Fujian, China, and immigrated to the United States in 2001.

During college, he set up a stall selling drinks and accumulated the first pot of gold in his life. After that, he established a chain beverage brand and expanded to more than 40 stores in the United States in 14 years. Later, he created his own pastry brand and provided layer cakes to all major cities in the city. restaurant.

In 2019, he introduced the ramen restaurant brand from Taiwan, China, and achieved a monthly restaurant turnover of 300,000 US dollars within a year.

Although there is no one in his family doing business, his love and talent for doing business are deeply rooted in his bones. As a senior, he started selling fruit drinks at various flea markets.

From setting up a stall at a flea market to more than 40 chain stores across the United States, Lin Guoyao is always "a step ahead" on his path to entrepreneurship.

Lin Guoyao created his own chain beverage brand in 2006, when the US beverage market was very different from now.

"When I first made drinks, there were only a few tea restaurants, bakery shops and Vietnamese restaurants in New York selling milk tea." In recent years, with the popularity of Chinese brand milk tea shops, the competition of milk tea shops has spread to the New York market.

"The number of milk tea shops in Taiwan alone is as high as 40,000, and many brands have opened shops in New York in pursuit of'internationalization'."

Before the epidemic, business in restaurants was booming.

Lin Guoyao believes that the success of his brand has a lot to do with taking the lead in the market.

"Now the market is highly competitive, and it is very difficult to develop quickly." In addition, he pointed out that his own brand also focuses on fruit and vegetable drinks, which are highly accepted by non-Chinese ethnic groups, so they can still retain a place in the fierce market competition.

He launched his homemade mullet cakes in beverage shops and found it very popular, so he introduced the first automatic pie crust making machine in New York, and set up a professional department to concentrate on making mullet cakes and then provide them to major restaurants.

Although the first store opened in a small corner of Flushing, business has been good due to product quality and excellent marketing.

After the Japanese omelet rice was launched, it became even more popular with Internet celebrities and senior gluttons, and there were often long queues outside the store.

Before the epidemic broke out in New York, restaurants had a monthly turnover of 300,000 US dollars. 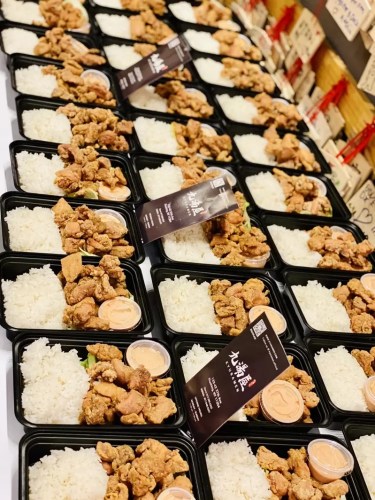 News/Politics 2020-09-17T02:40:57.913Z
The new proposal of the U.S. House of Representatives helps Chinese Americans in the catering industry call for relevant subsidies as soon as possible 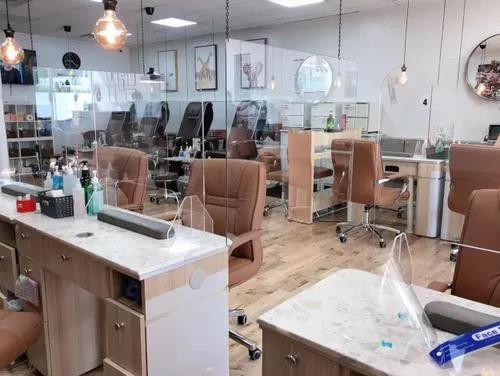 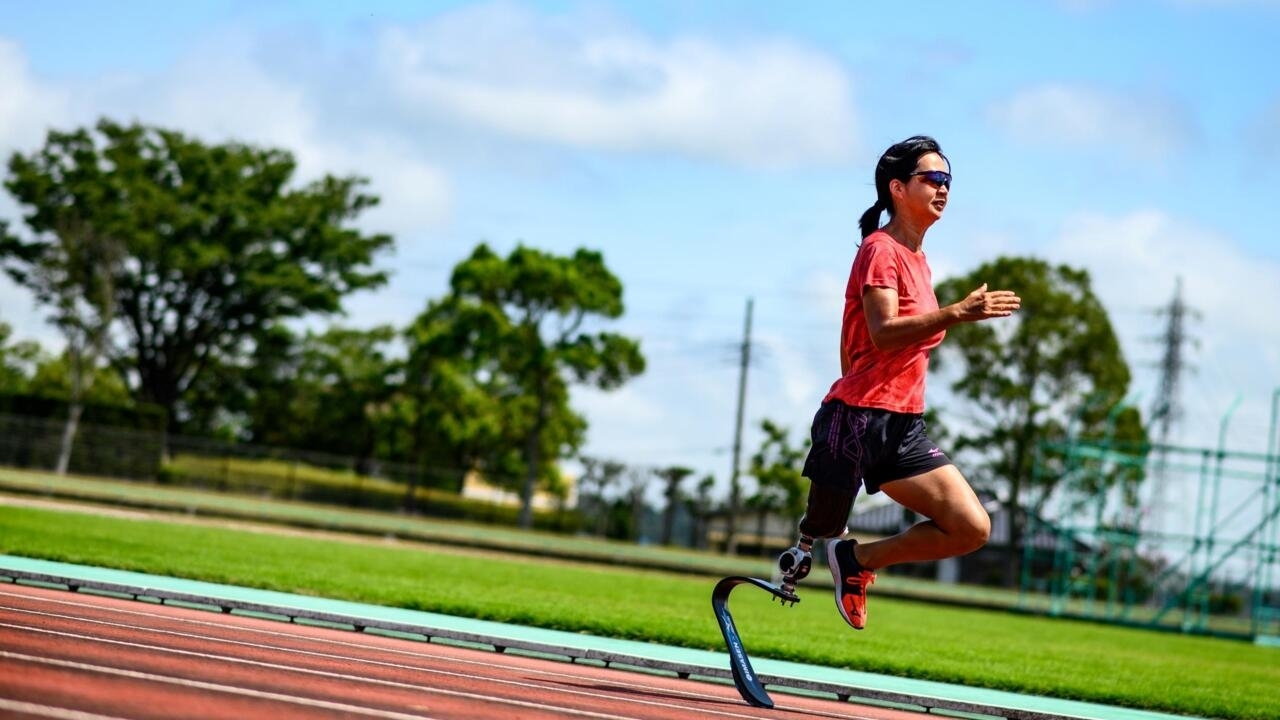 News/Politics 2020-10-22T08:55:27.032Z
The Korean army clashed with police and civilians transporting construction equipment to the "THAAD" base 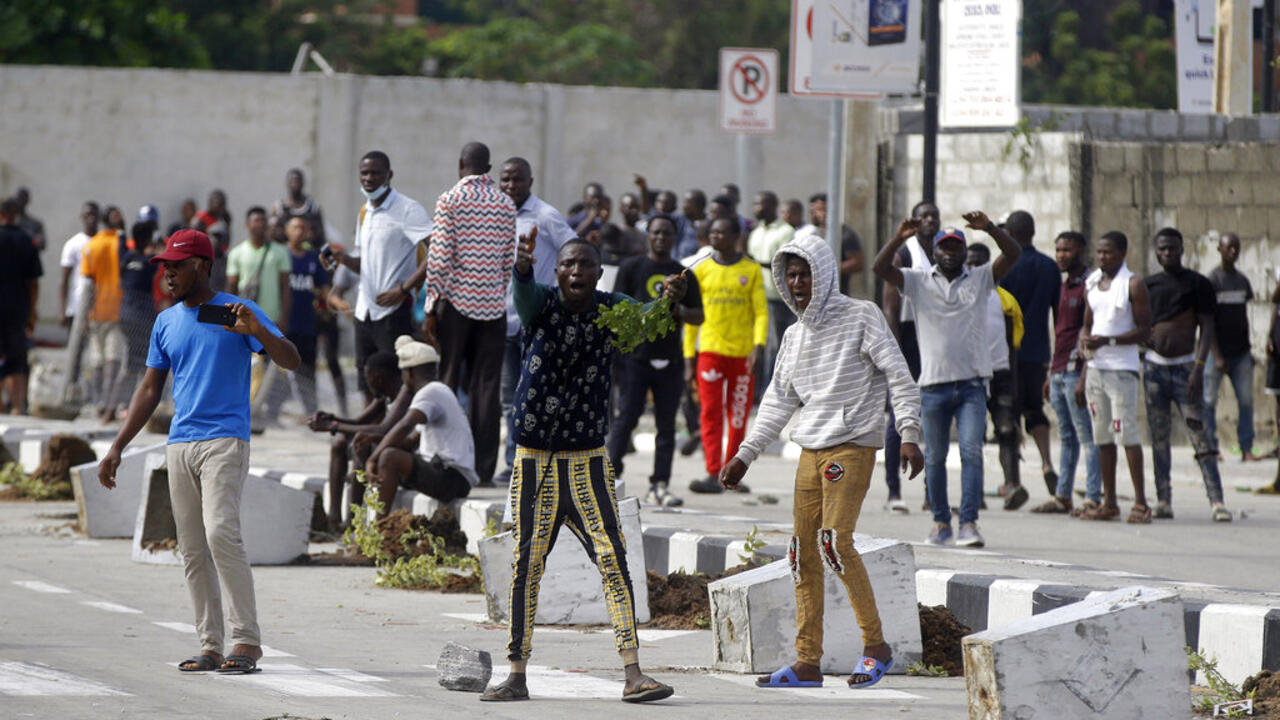