[NHK] It is a reaction from various circles that the Liberal Democratic Party's governor, Yoshihide Suga, was elected as the 99th prime minister at the plenary session of both houses of the Diet.

It is a reaction of various circles that the Liberal Democratic Party's governor, Yoshihide Suga, was elected as the 99th prime minister at the plenary session of both houses of the Diet.

Governor Koike of Tokyo told reporters at the Tokyo Metropolitan Government on the morning of the 16th, "I would like to congratulate you on the birth of a new administration. It is a crucial moment for Japan as the world is confused by the corona disaster. It has two major themes: the corona sickness and the holding of the Tokyo Olympics and Paralympics. I would like to ask the new administration to cooperate with Tokyo so that it can overcome this national crisis. The Tokyo Metropolitan Government also expects the new cabinet I would like to proceed in cooperation with. "

Meng, the brother of Kyoko Matsumoto, a victim of the abduction in Yonago City, Tottori Prefecture, watched on her home TV how President Yoshihide Suga of the Liberal Democratic Party was elected Prime Minister.

Mr. Meng said, "I met him on various occasions to solve the abduction issue when he was Chief Cabinet Secretary, and I have the impression that he is working steadily, and I am very pleased with his work style and attitude."

After that, he said, "I want you to negotiate with North Korea firmly so that the abductees can return to Japan as soon as possible and find a clue to the solution." I asked.

Regarding the inauguration of the Kan Cabinet, Yasuyoshi Oya, chairman of the Regional Banks Association of Japan, said at a press conference, "The impact of the new coronavirus will have a huge negative impact on the local economy. I want to look forward to it. "

On the other hand, Prime Minister Kan pointed out at previous press conferences that "reorganization of regional banks would be an option" as part of measures to revitalize the regional economy. It continues to be referred to as "overbanking." Restructuring is not the only way to solve local economic challenges, but I think it is an option. " 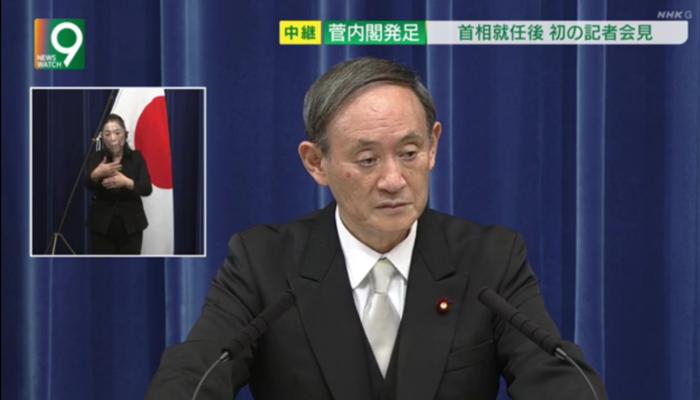