L1: PSG-OM in extra time before the disciplinary committee - France 24

L1: PSG-OM in extra time before the disciplinary committeeParis (AFP) After the insults and stormy explanations on the ground, it's time for sanctions. The various incidents, involving Neymar and four other players from Paris SG and Olympique de Marseille excluded during the sulphurous classic Ligue 1 won Sunday by OM (1-0), are examined on Wednesday in the LFP disciplinary committee . . Suspensions to expect First file on the table: the red cards dis 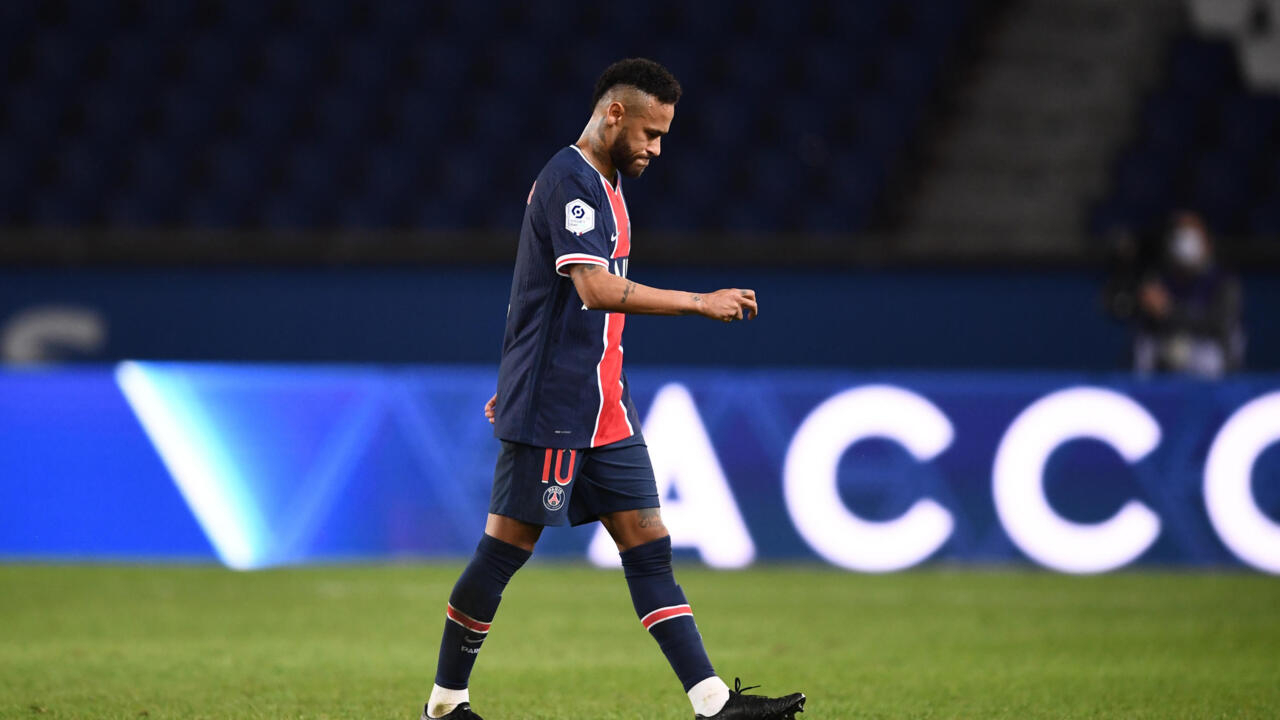 After the insults and stormy explanations on the ground, it's time for sanctions.

The various incidents, involving Neymar and four other players from Paris SG and Olympique de Marseille excluded during the sulphurous classic Ligue 1 won Sunday by OM (1-0), are examined on Wednesday in the LFP disciplinary committee .

First file on the table: the red cards distributed at the end of the sulphurous clash between the "best enemies" of French football.

In the sights, Parisians Neymar, Layvin Kurzawa and Leandro Paredes, and Marseillais Dario Benedetto and Jordan Amavi, all excluded in added time after the start of a fight.

And only one question: how many suspension matches?

The members of the independent commission will meet on Wednesday from 6 p.m., before a communication expected in the evening ... in the middle of PSG-Metz (9 p.m.).

But what exactly are the players at risk?

According to the disciplinary scale of the French Football Federation (FFF) used as a reference for L1, a player guilty of an "act of brutality / blow" can be punished with up to seven matches of suspension if this occurs outside of playing action, without causing injury.

This could notably be the case for Kurzawa who punched Amavi in ​​the face, who attempted a similar gesture in return.

Neymar, who slapped Gonzalez on the back of the head, could also face heavy penalties.

Amavi could, him, fall under the blow of article 11 relating to an "Attempt of brutality / attempted coup".

This is punishable by six match suspension.

A wide range of sanctions

For each case, the committee will have to decide according to the range of possible sanctions according to the criterion retained (excessive or inappropriate behavior, even intimidating or threatening, voluntary pushing, etc.) and according to possible mitigating or aggravating circumstances.

Each decision may be the subject of an appeal procedure, not suspensive "except for a reasoned decision of the disciplinary body of first instance", before the FFF.

The only certainty: none of the players involved will be on the field on Wednesday for PSG-Metz (late match of the 1st day) or Thursday for Saint-Etienne-OM.

A puzzle in sight for the Parisian coach already deprived of several executives because of Covid.

"I am very worried about the decisions (in the disciplinary committee, editor's note) because we cannot afford it," admitted Thomas Tuchel on Tuesday at a press conference.

The LFP may also investigate suspected incidents that have not given rise to warnings from the referee.

In this case, the disciplinary commission can launch an investigation of several weeks, starting from the report returned by the referee and while relying on the images of television.

This should be the case in particular for the accusations of racism raised by Neymar against the Marseille defender Alvaro Gonzalez.

The two clubs have each given their support to their player.

On the PSG side, we invoke the existence of images of invective between the two players filmed by a BeIn camera and not broadcast by Téléfoot.

"They are being watched by our teams," we said Tuesday within the club.

OM ensures for its part that "what is certain is that Alvaro is not racist", André Villas-Boas hammering on Tuesday that he "will be behind his player" and that he "did not no doubt "about him.

For the Marseille milieu, Valentin Rongier, it is "impossible" that Alvaro has launched a racist insult.

"I didn't hear anything," he added at a press conference.

As for Neymar, while maintaining his accusations, he showed a certain contrition on Monday.

"Yesterday, I got lost in the game and I lacked wisdom," he admitted on Instagram.

Will this be enough to attract the leniency of the commission?

Gonzalez is also risking a lot: any racist behavior is punishable by a maximum suspension of ten matches.

Finally, the alleged spitting of Angel di Maria towards Gonzalez, denounced by Villas-Boas, could also be examined.

This gesture "was the subject of a research by the video assistance at that minute, and it did not find any images which supported this fact," Pascal simply told AFP on Monday. Garibian, Technical Director of Arbitration (DTA).

"In a period of Covid-19, spitting is very serious," Rongier said on Tuesday, without specifying whether or not he saw the spit.

Spitting directed at another player can result in up to six suspension matches.