The Court of Cassation ruled to divorce a wife upon her request for harm, and prove custody of her daughters, and obligated the husband to pay her the deferred dowry of 20 thousand dirhams, housing and maid allowances, and furniture for the nursery. 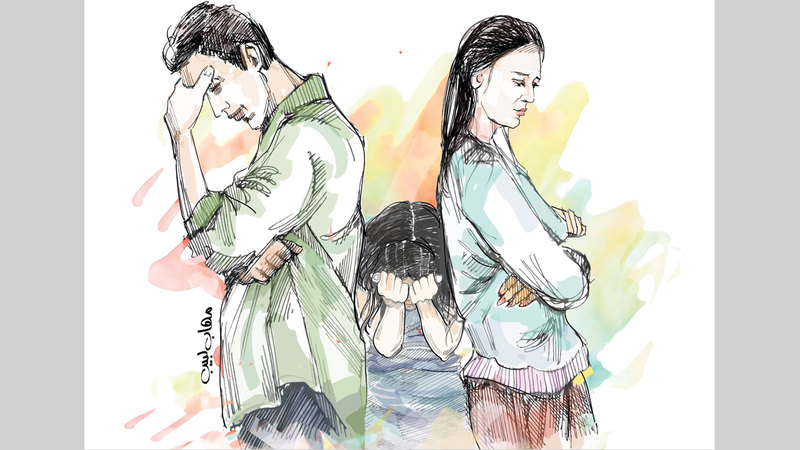 She obliged the husband to pay 20 thousand dirhams, deferred dowry

The Court of Cassation ruled to divorce a wife upon her request for harm, and prove custody of her daughters, and obligated the husband to pay her a deferred dowry of 20 thousand dirhams, housing and maid allowances, and furniture for the nursery.

In the details, a man filed a lawsuit, demanding that his wife be obligated to return to the marital home, obey him, and the judiciary urgently obliging her to hand him over his daughters, along with the original official documents and documents, and his pledge to take good care of them by their grandmother and their aunts.

On the other hand, the wife filed a lawsuit demanding her divorce for harm, proof of custody of her daughters, and the deferred payment of her dowry of 20 thousand dirhams, the maintenance of several and fun, the maintenance of the children in custody, the clothing of the two days, the provision of two maids, a car and a driver, a nursery fee, furnished housing, and payment of water, electricity and landline phone consumption And the Internet, and handing over the girls ’ID cards, passports, birth certificates, health insurance, education fees of 40,000 dirhams annually, and spousal maintenance.

Each of them denied before a court of first degree the behavior attributed to him by the other, and reconciliation between them was not completed, as the wife stated that she lives in a house that she rented four months ago with her daughters, pays its rent, and sometimes her brother lives with her, and she used to live in the husband’s residence.

A court of first instance ruled that the wife was obliged to obey her husband and return to his home, and he refused except for the requests submitted, and the husband was obligated to pay his wife a comprehensive marital alimony for the previous period after her leaving the house until the date of the ruling, with a value of 9000 dirhams, and obligating him to pay comprehensive marital alimony, of the value of 2000 dirhams per month starting from the date of judgment.

Then the Court of Appeal ruled to cancel the first ruling regarding the refusal of alimony for the daughters, and the judgment again obliging the husband to pay his wife their alimony estimated at 4000 dirhams together between them, including food, clothing, medicine, transportation, the value of water, electricity and internet consumption, and what are considered necessities, which shall be effective monthly from the date The judicial claim until the legal imposition falls, provided that the temporary alimony paid for a period after this date is deducted from it. Secondly, the judgment is amended regarding the rejection of the request for school fees for girls, so that it is a rejection of the case, and the first ruling is supported, except for what is mentioned .

The wife did not accept the verdict, so she challenged it, and her husband submitted a reply note, in which he ended up with a request to reject the appeal.

The wife's lawyer confirmed his client’s request, represented in divorce for harm, explaining that the harm is in insult and suspicion, while the plaintiff’s attorney commented that what the wife’s lawyer said was not evidence.

For its part, the Court of Cassation ruled to partially annul the ruling regarding requests for divorce of the wife, deferment of her dowry, proof of custody of her daughters, nursery dwelling and furnishing, housing for the waiting period and the maid, conducting the female custodian and handing her the identification documents for those in custody, returning to the marital home, and supporting it otherwise.

And it ruled to annul the first ruling as mentioned, and the judgment to divorce the plaintiff of a minor Baynunah divorce due to harm, and prove custody of her daughters until they marry, unless he decides or agrees otherwise, and that the deferred payment of her dowry is worth 20 thousand dirhams, and the maid's wage is 1500 dirhams per month, and a house rent allowance Several 4000 dirhams, starting from the end of her waiting period and until the legal imposition on him is extinguished, and the furniture allowance for the nursery housing is an amount of 15 thousand dirhams, paid once, and the incubator's fee of 500 dirhams per month, and the original identity cards of the girls, birth certificates, health insurance and certified copies of their passports were delivered. Request to return to the marital home.