Private, New York Fashion Week strives to support American fashionNew York (AFP) Almost no parade with public, pandemic obliges, very few big names, a deserted city, New York Fashion Week, which opens on Sunday, has not yet given up and wants to help American designers survive an unprecedented crisis . Do not look for Michael Kors, Tommy Hilfiger or Ralph Lauren, usual heavyweights of the calendar. They will not be in this fashion week which will only last a l 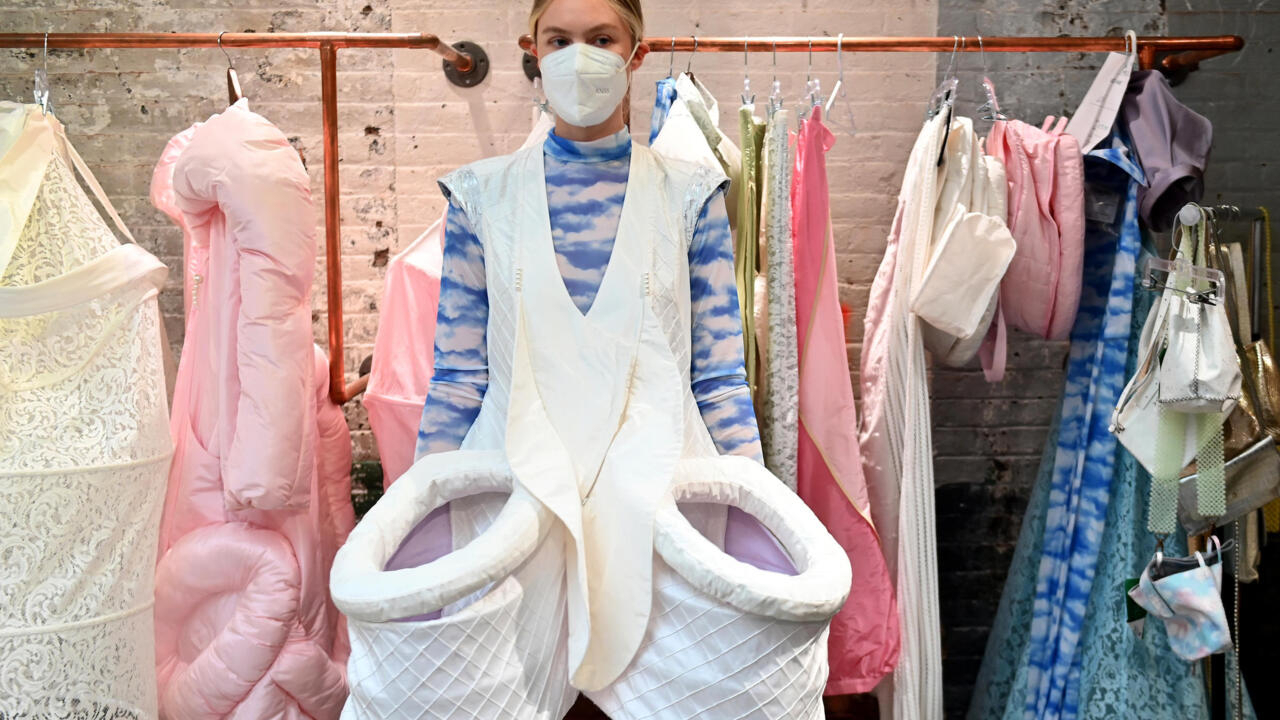 Almost no parade with public, pandemic obliges, very few big names, a deserted city, New York Fashion Week, which opens on Sunday, has not yet given up and wants to help American designers survive an unprecedented crisis .

Do not look for Michael Kors, Tommy Hilfiger or Ralph Lauren, usual heavyweights of the calendar.

They will not be in this fashion week which will only last a little over three days, from Sunday evening to Wednesday.

Eager to sell some of the considerable stocks accumulated since the start of the pandemic, sometimes handicapped by a production line running in slow motion, they will not present their new collections until later, out of schedule.

As for Marc Jacobs, he has completely given up on his spring-summer 2021 vintage.

The only giant at the rendezvous will be Tom Ford, who will present his collection in virtual for the closing, Wednesday evening.

His presence is a symbol of the will of the American Fashion Union (CFDA), of which he is the president, to support American designers of all sizes, sometimes on the verge of asphyxiation.

Historically, high-end American ready-to-wear relies a lot on department stores, already in bad shape and fallen one after the other with the pandemic, from Barneys to Lord & Taylor, via Neiman Marcus.

The public parade has almost disappeared from the calendar this season, with a few very rare exceptions, including Jason Wu, opening Sunday evening, or Rebecca Minkoff, who will present her creations on Tuesday.

Even if New York is now one of the best American students, the United States still has the greatest difficulty in controlling the epidemic, which explains the gap with Fashion Week in Paris, Milan or London, where public parades will be a lot. more numerous.

Besides the health risk, "when you are just trying to pay as many employees as possible and not lay off more or lay off, spending several million dollars on a parade makes no sense," said Tom Ford. in an interview with the specialized site Women's Wear Daily.

Great pragmatist, the 50-year-old in the eternal black suit does not foresee a "normal" season before the fall of 2021.

To help American designers keep up, the CFDA has invested in a new platform, called Runway360, accessible free of charge to designers and which allows houses to present their collections and create a virtual event around their creations.

More than fifty of the 70 or so designers on the New York Fashion Week calendar will use Runway360.

This week, several of them filmed footage in New York City before uploading their video content on the said day.

Even deprived of physical catwalks, "fashion remains a business and Fashion Week is a platform that allows designers to operate economically," Steven Kolb, CEO of CFDA, told AFP.

With, the key, "jobs: it is a livelihood, so we must move forward, but cautiously, with (health) safety in mind," he says.

Several young designers see in this unprecedented period "the opportunity to have visibility", explains Geoffrey Owens, African-American fashion designer who presents his very first collection on Sunday, under the Zoonek brand, during the Flying Solo parade.

Just a year ago, this pastor cut his hair in his hair salon in Virginia Beach, Virginia, while dreaming of fashion.

Already skilled in drawing, he learned to sew in 30 days, and was able to "activate (his) gift".

"Since then, the doors have not stopped opening."

"The big brands do not present (this season), so I think I have more chances" to break through, abounds Mohamed ElMadawy, of Egyptian origin and installed in New York since 2012.

He too will present the collection of his brand Elmadawy on Sunday with Flying Solo, a cutting-edge boutique in Soho that identifies and promotes emerging designers.

For Geoffrey Owens, creators have a role to play "to set the tone" for the whole of society and "to get us out (...) from the darkness" in which we have been living for six months.