China News Service, September 13th. According to data from Johns Hopkins University in the United States, as of 11:27 on September 13, Beijing time, the total number of confirmed cases of new crown worldwide exceeded 28.66 million, and the cumulative number of deaths exceeded 919,000. U.S. media disclosed that the US Centers for Disease Control and Prevention's epidemic report was subject to pol 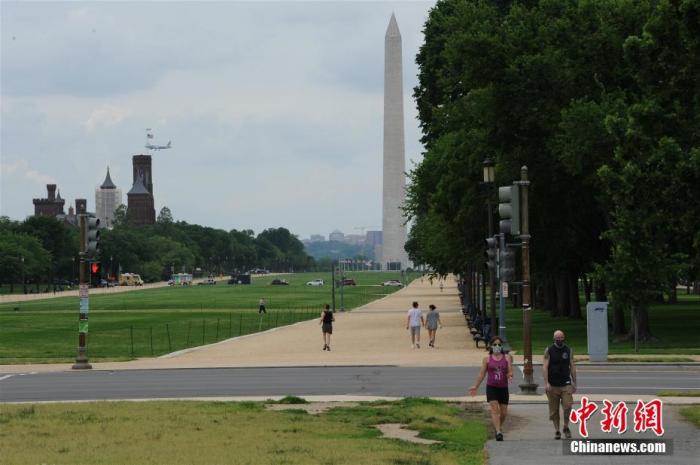 China News Service, September 13th. According to data from Johns Hopkins University in the United States, as of 11:27 on September 13, Beijing time, the total number of confirmed cases of new crown worldwide exceeded 28.66 million, and the cumulative number of deaths exceeded 919,000.

U.S. media disclosed that the US Centers for Disease Control and Prevention's epidemic report was subject to political interference; studies said that the number of new coronavirus tests in the United States would need to reach 200 million per month to bring the epidemic under control; the safety of the new crown vaccine became the focus of attention, and Oxford University resumed the previous suspension Vaccine clinical trials.

The picture shows the National Mall in Washington, USA under the epidemic.

The CDC report was politically interfered?

At present, the United States is still the most severely affected country in the world, with more than 6.48 million confirmed cases and more than 193,000 deaths.

The Centers for Disease Control and Prevention predicts that by October 3, the number of people who died from the new crown in the United States will reach 217,000.

A study recently released by the Rockefeller Foundation and the Duke Margolis Health Policy Center stated that the number of confirmed cases of new crown infection in the United States is greatly underestimated, mainly due to lack of testing.

The report stated that the United States should conduct as many as 200 million new coronavirus tests per month before 2021 to have a chance to contain the epidemic.

On the 12th, the US "New York Times" disclosed that the US Department of Health and Human Services has repeatedly requested the US Centers for Disease Control and Prevention to modify, postpone, or even destroy those epidemic reports that may be detrimental to US President Trump.

Normally, U.S. government officials only see these before the report is published.

Recently, many states in the United States have been hit by wildfires, threatening people's lives and property.

At a time when the US epidemic is still not under control, experts pointed out that wildfires may exacerbate the spread of the epidemic.

Brad Spielberg, chief medical officer of the Los Angeles County-USC Medical Center, said that “a number of studies have shown that there is a correlation between higher levels of air pollution and the spread and severity of the new crown epidemic.” Studies have also shown that contamination of lung tissue may increase susceptibility to viral infections."

The picture shows a customer wearing a mask shopping in a supermarket in Berlin, Germany.

The global epidemic continues to spread, and cluster infections in many countries are frequent, which poses challenges for epidemic prevention.

As of the evening of the 12th local time, the cumulative number of confirmed diagnoses in Germany has exceeded 260,000.

According to German media reports, a woman who had developed symptoms this week went to several bars in Garmisch-Partenkirchen, a small town at the foot of the Zugspitze, a famous German attraction. At least dozens of people have been infected since then.

Many German media claimed that the woman might be a so-called "super spreader."

77 provinces are classified as high-risk areas.

Recently, the number of daily new cases in France has been rising. Local media believe that on the one hand, it is because of the improvement of France's testing capabilities, and on the other hand, it also shows that the French epidemic is constantly developing.

An outbreak in a food factory with 680 employees in the northern Greek city of Pera has caused 191 employees to be infected in the past few days.

The Ministry of Civil Protection of Greece decided to close the company between September 11 and 18.

A sanitary products company in Gangnam District, Seoul, South Korea and a project in Chilgok County, North Gyeongsang Province, explained that cluster infections would occur, and the number of related cases increased to 10 and 8 respectively.

In addition, the epidemic that began at the Gwanghwamun assembly, Yonsei Medical Center, and logistics center continues to ferment.

Currently, South Korea has a total of 22,176 confirmed cases.

The epidemic in India continues to spread. Prime Minister Narendra Modi issued an appeal to the public on the 12th, saying that epidemic prevention and control should not be taken lightly, and emphasized that social distancing and wearing masks can help prevent infection before treatments or vaccines appear.

At the same time, with the continuous advancement of global new crown vaccine research and development, vaccine safety issues have gradually become the focus of attention.

On the 12th, the University of Oxford stated in a statement that the new crown vaccine developed in cooperation with British pharmaceutical company AstraZeneca has resumed clinical trials.

Previously, the vaccine was suspended due to adverse reactions in volunteers during clinical trials.

According to the University of Oxford, “As part of the trial, about 18,000 people worldwide have received this vaccine. In large trials like this, some participants are expected to experience discomfort. Each case must be carefully evaluated to ensure that Carefully evaluate the safety of the vaccine."

On the 12th, American Pfizer and German biotechnology company BioNTech announced that they have submitted a proposal to the U.S. Food and Drug Administration (FDA) to expand the scope of their new crown vaccine phase III clinical trials and reduce the number of volunteers from the previous The number of employees increased from 30,000 to approximately 44,000.

Pfizer of the United States said that this move is aimed at increasing the diversity of the participants in the trial. Volunteers will include 16-year-old adolescents, people living with HIV, hepatitis B and hepatitis C patients, etc., to provide additional safety and effectiveness data.

The two companies reiterated that they may obtain data on whether the vaccine is effective before the end of October.

In addition, the Russian Minister of Health said on the 12th that “the first batch of new crown vaccines for testing the logistics chain have been sent to all regions, including Leningrad Oblast.” It is expected to be delivered before September 14.

In addition, Russia's second new coronavirus vaccine is being developed as planned. 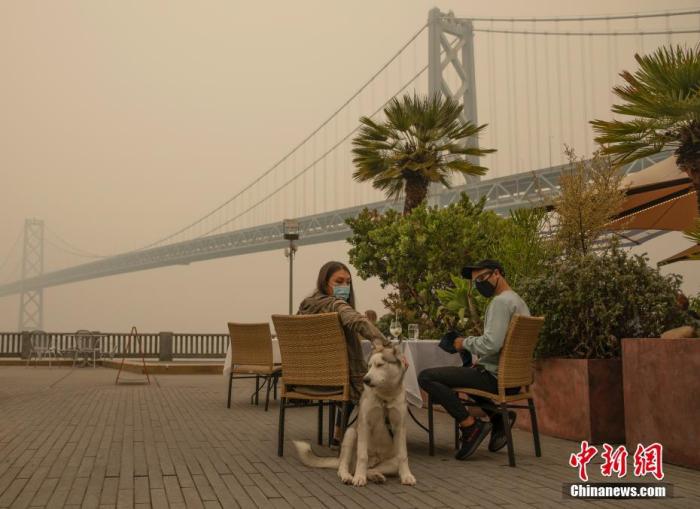 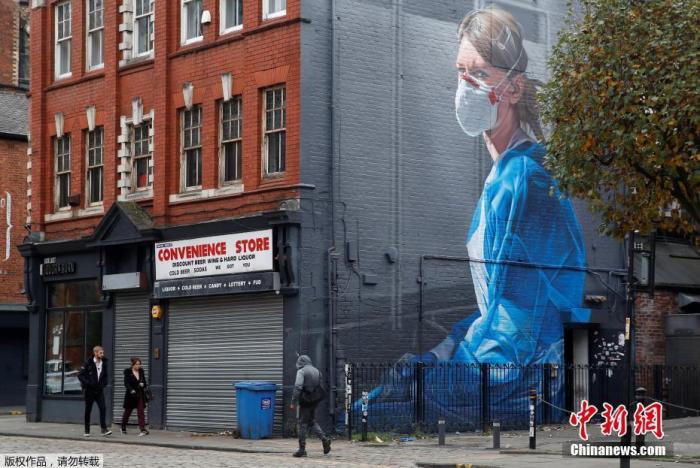 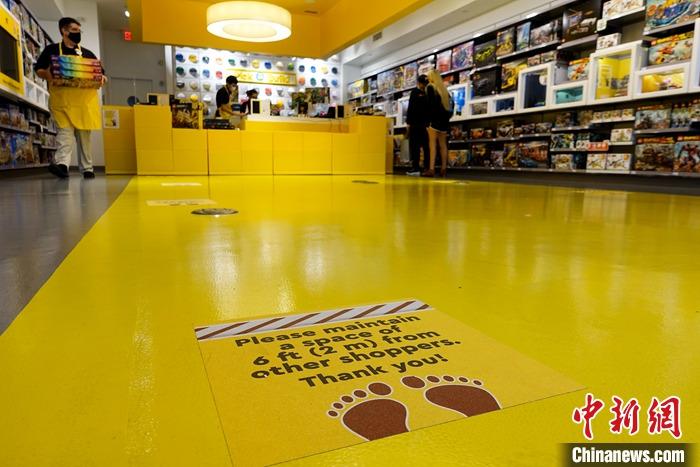 News/Politics 2020-08-31T00:07:21.213Z
The director of the Food and Drug Administration said it may bypass normal procedures to authorize the use of the new crown vaccine 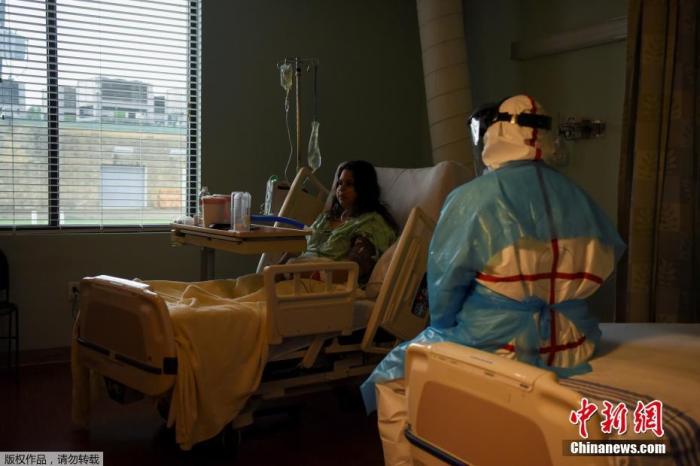