Comment: We are being taken again - the EU is changing in a way that is not meant to be understood

The stimulus package is changing the EU in a way that is not meant to be understood - and which is difficult to refuse and almost impossible to back down. The formula is familiar but questionable, writes specialist journalist Jan Hurri. 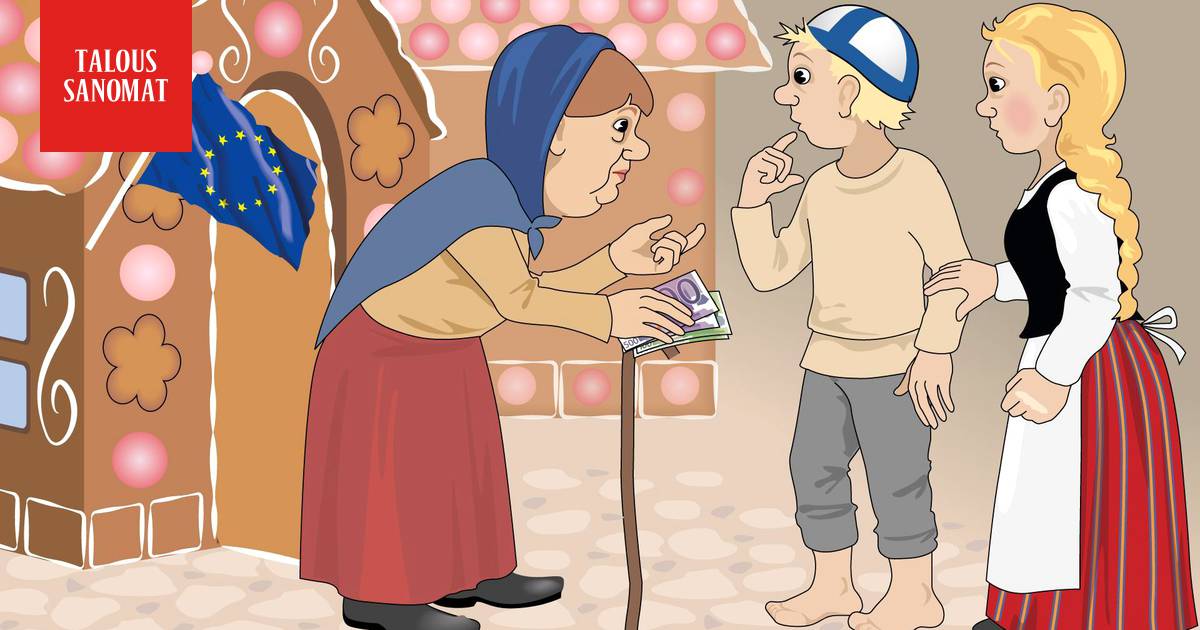 The deepening of the European Union towards a federation, or at least a federal structure, is an stated goal and a long-term aspiration of the EU, and by no means a secret.

The goal has been published in numerous EU forward-looking roadmaps and development programs, so it is not a conspiracy.

But it is less often a loud background on how the EU and its key institutions and the decision-makers who guide them are contributing to that goal all the time - and especially through crises.

The development model emphasized in crisis measures is informal in all respects, and there is no description or commitment in any of the agreements signed by Finland or other member states.

Yet it defines and guides the development and change of the EU.

The model crystallizes into large changes in small steps, which arise on the surface from the interactions of small changes that are technically and seemingly separate from each other, as if by chance.

As if change from chance may seem like a natural evolution from the outside, it is the result of determined guidance and not by chance.

That is, in essence, also the case with the current EU corona recovery package.

If implemented, the stimulus package would have a greater impact on its parts - but more certainly on the long-term and probably irreversible change in the shape of the EU than on the recovery of the Union or the Finnish economy in particular.

A crisis is an opportunity and not just a threat

Responding to the crisis is in keeping with the nature of the EU, which is deeply rooted in one of the worst crises of the last century, the Second World War.

In essence, the EU's main purpose from the outset has been to prevent new wars between member states.

It has since been natural to extend the task to combat and prevent other kinds of horrors and trials.

It is therefore not new and strange, on the contrary, it is natural that the EU should now join forces with the Member States to take action against the interest rate crisis.

On the contrary, the crisis again seems to have provided an attractive opportunity for goals quite different from the outside.

Indeed, crises and related crisis response have long been more than just challenges for the EU.

They are not only challenges but also an opportunity and often a necessary pretext for reshaping the EU.

The crisis response has provided - and seems to offer - an opportunity to change the EU in ways that would be politically cumbersome, slow or even impossible without the threat posed by the crisis and the oppressive atmosphere of the necessary coercion.

A cunning pull is a feature and not a bug

The EU stimulus package, which is being prepared for the corona crisis and has returned to Parliament for consideration in Finland, repeats the pattern familiar from several previous crises and EU crisis measures.

The recovery package consists of a number of separate, novel and, above all, complex "blocks", the whole of which and its effects are very difficult to discern.

However, once again, ambiguity is not a matter of urgency, let alone a matter of chance, but a key tool and basic feature of crisis response - and of reshaping the EU.

In this respect, the Recovery Fund reiterates the so-called "Juncker model", in which ambiguity and cunning are appropriate characteristics of actions and not defects.

Just as faults in sensitive computer software are features and not bugs, the crypticity of EU crisis response is a key feature and not an accident at work.

The "Juncker model" has received its nickname or nickname from the previous President of the EU Commission and Jean-Claude Juncker, a key player in the EU in recent decades.

In addition to acknowledging that he is an "honest liar," Juncker has reportedly described the EU's key development model - the "Juncker model" - openly in public.

The description can be found in an interview published in December 1999 by the German newspaper Der Spiegel.

In it, the magazine describes Juncker as sharp-edged and cites his description of how the EU is and should be developed (freely translated):

"We decide something, then we tell about it and wait and see what happens. Unless there is a shout and resistance from the decision - when most have not understood what we have decided - we continue in the same way. Step by step until there is no going back."

The EU corona recovery package is, in essence - and in key terms - like a package prepared directly with the "Juncker model" formula.

The package has a large number of small and formally separate parts, which together form a larger and more impressive whole.

A large number of small steps, which alone are easy to ignore as a secondary fine-tuning, but which together form a deliberately difficult-to-understand but high-impact leap.

The timeliness and one-off nature of the arrangement are also questionable, as the structure is set to be set up for the next 40 years.

It follows from the combined effects of the small steps of this structure that, in time, the pattern will be politically and administratively easier to continue than ever to dismantle.

The "compelling" reasons for continuing will arise in time as if by themselves, when a new crisis arises.

By the last year of debt recovery in 2058, the EU will face new crises with some certainty, so there will be needs for a model once established.

And even if crises are avoided as if by a miracle trade, there is a built-in back gate to the structure of the stimulus package.

Debt financing is easier to continue than to quit

The stimulus package is based on substantial EU debt financing and the idea that economic recovery will have time to generate at least as much price growth by the time the debts have to be repaid.

At best, debt recovery during a recession may "pay for itself", but such a favorable development would not eliminate one of the core issues left open by the stimulus package.

The agreement between the EU countries on the stimulus package contains a very large amount of detail, but it leaves open the question of how the EU will repay the debts it will take on in due course.

There are outlines but no information on possible payment procedures and cost sharing between Member States.

Political readiness and guidance already seem to be moving in the direction of direct taxing rights for the EU.

The tax model would create for the EU a "fiscal capacity" for federal development, ie budgetary power, which has hitherto been the exclusive prerogative of the member states.

At the same time, it would, in effect, give Member States a difficult choice as to whether to allow a significant increase in the tax burden, to compromise their own tax collection - or to have the least political hassle to allow the EU to pay its debts now and in the future.

Allowing debt to be renewed even forever is a likely turnaround that would nullify talk of fixed-term and one-time.

Perhaps by that turn and with a permanent commitment to indebtedness, EU countries will be set to update their treaties as well.

At present, those agreements contain an unequivocal prohibition on the EU financing its budget expenditure as debt.

One of the purposes of the stimulus fund should be to facilitate the lifting of the debt ban in due course by first changing the practice to the desired level.

This is not meant to be understood

Despite the debt ban, the planned debt financing for the EU will increase the amount of money available to the Union - and its economic power - by more than half that would have been sufficient under the traditional financial framework.

In this way, the corona crisis and the response to it will increase the EU's "fiscal capacity" and economic governance.

And as the debt financing model turns into a forbidden practice, there will soon be a rapidly growing list of important public benefit projects that will be most conveniently - or compelled - to be identified through joint action, even without new crises.

As long as debt and cash flows can grow decently, the need for the EU's own "Ministry of Economy" may soon prove necessary.

In this way, the corona crisis package can provide practical material for the major changes that the EU has long missed in vain, such as the centralization of economic policy control and cash flows, and the financing of common bonds.

In the past, these changes were called fiscal union, debt union and eurobonds, but they were too clear and even politically impossible without a suitable crisis.

Now, an entity that might produce the same changes will emerge as the sum of the small steps “forced” by the favorable crisis, called the Corona Recovery Package.

The small steps in the package will lead to major changes in the EU in a way that is not meant to be understood - and which, once taken, will be very difficult or impossible to return to.

Just as according to the "Juncker model", the EU is supposed to change.