F1: Hamilton's 95th pole position, but first at MugelloMugello (Italy) (AFP) Lewis Hamilton will start from pole position on Sunday for the Formula 1 Grand Prix of Tuscany after beating his teammate Valtteri Bottas in qualifying, the Mercedes crushing, as often, the competition on a Mugello circuit which hosts, for the first time, a GP of F1. The six-time world champion took his 95th pole position on Saturday, setting a new circuit record in 1 min 1 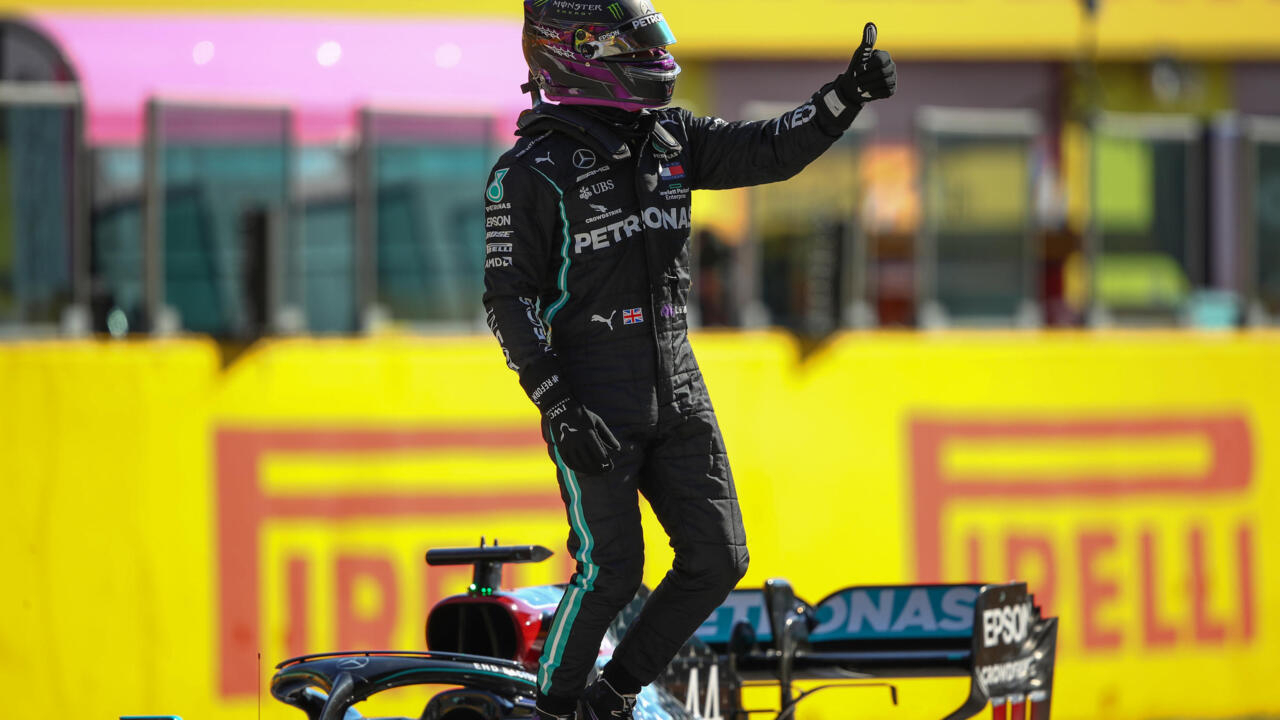 Lewis Hamilton will start from pole position on Sunday for the Formula 1 Grand Prix of Tuscany after beating his teammate Valtteri Bottas in qualifying, the Mercedes crushing, as often, the competition on a Mugello circuit which hosts, for the first time, a GP of F1.

"The track is fantastic, very demanding physically, but really brilliant to drive. We could have perhaps pushed a little more, but the wind slowed us down at the end", reacted the Briton, visibly happy with his day.

"The weekend has been quite satisfactory so far and I think we can be happy with this 3rd position," said the young Dutchman, one of the two drivers to have deprived Mercedes of victory this season with Pierre Gasly (Alpha Tauri), a week ago in Monza.

- Gasly "disappointed", Ferrari not so bad?

Verstappen will start on the second row, as often this season, but the French will start from a disappointing 16th place because he was part of the first group of drivers eliminated in Q1.

"We barely changed the engine for qualifying and I lost power. We will have to find something with the strategy to be up to the task during the GP", he declared, disappointed .

The Ferraris, who will compete in their 1000th GP on Sunday and race at home on this Italian circuit which belongs to the Maranello company, have had various destinies.

Against the tide of free practice, Charles Leclerc managed to set the fifth fastest time in qualifying, but said he was aware that his position will be "difficult to defend".

"It will be difficult to stay in front, but it's my job to hold the guys behind me" joked the Monegasque.

On the other side of the Scuderia box, Sebastian Vettel, who will leave Ferrari at the end of 2020 to join Aston Martin (the future name of Racing Point, note), did not do better than 14th, more than a second d 'Hamilton.

But as the Mexican got a penalty spot on the grid for hitting Kimi Räikkönen (Alfa Romeo) on Friday during Free Practice 2, his Canadian teammate Lance Stroll will start right in front of him.

Esteban Ocon's second Renault will start 10th, the Frenchman saving the furniture and the Top 10 while he spun at the very end of Q3.

What caused a yellow flag cutting Bottas in his tracks and possibly depriving him of a new pole, regretted the Finn.

After having managed to pass in Q2, Romain Grosjean (Haas) will start from 15th position just ahead of his compatriot Gasly.

The Williams team cars, for the first time without "Team Principal" from the Williams family, will start from 18th and 19th places.

This first F1 GP at Mugello will also be a first in 2020, with an authorized public inside the circuit, ie 3,000 people spread over three stands, due to coronavirus. 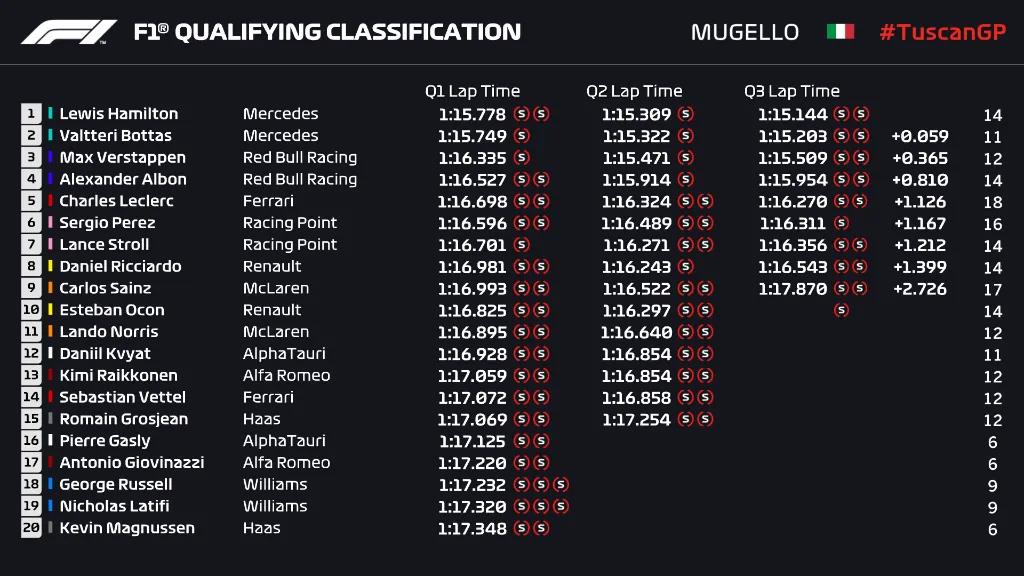 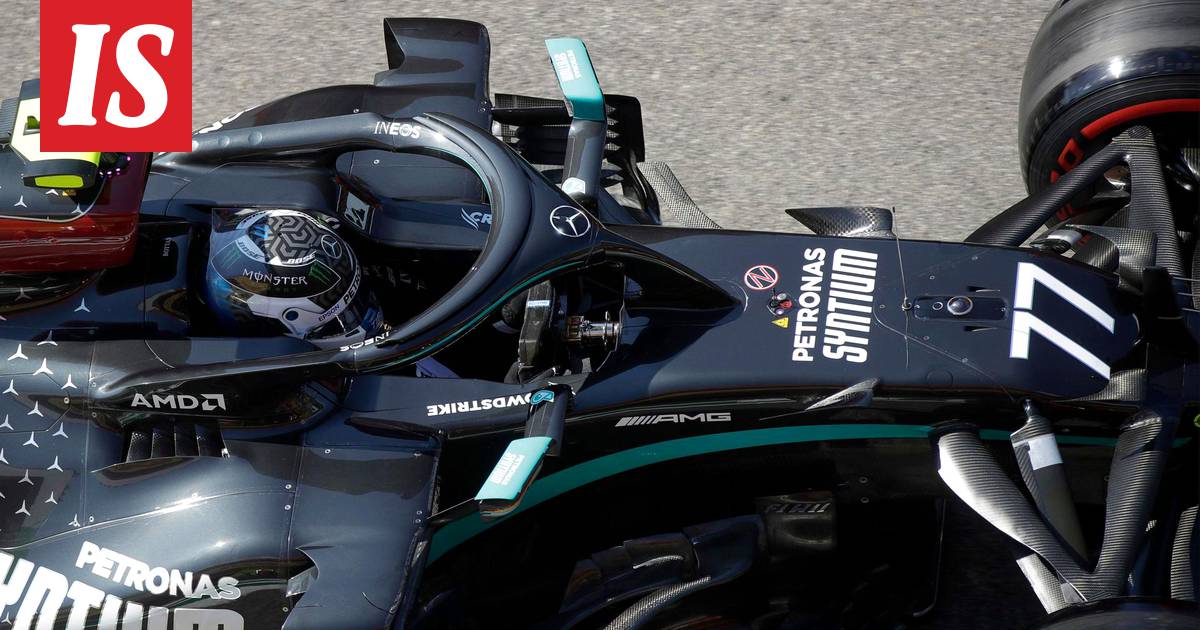 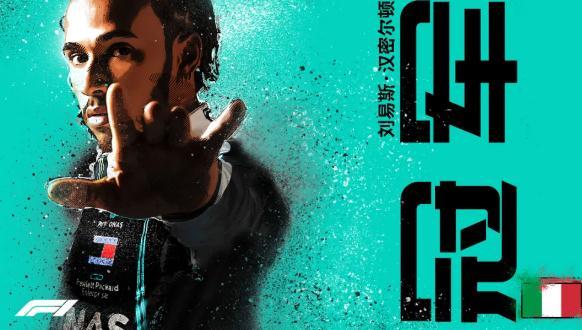 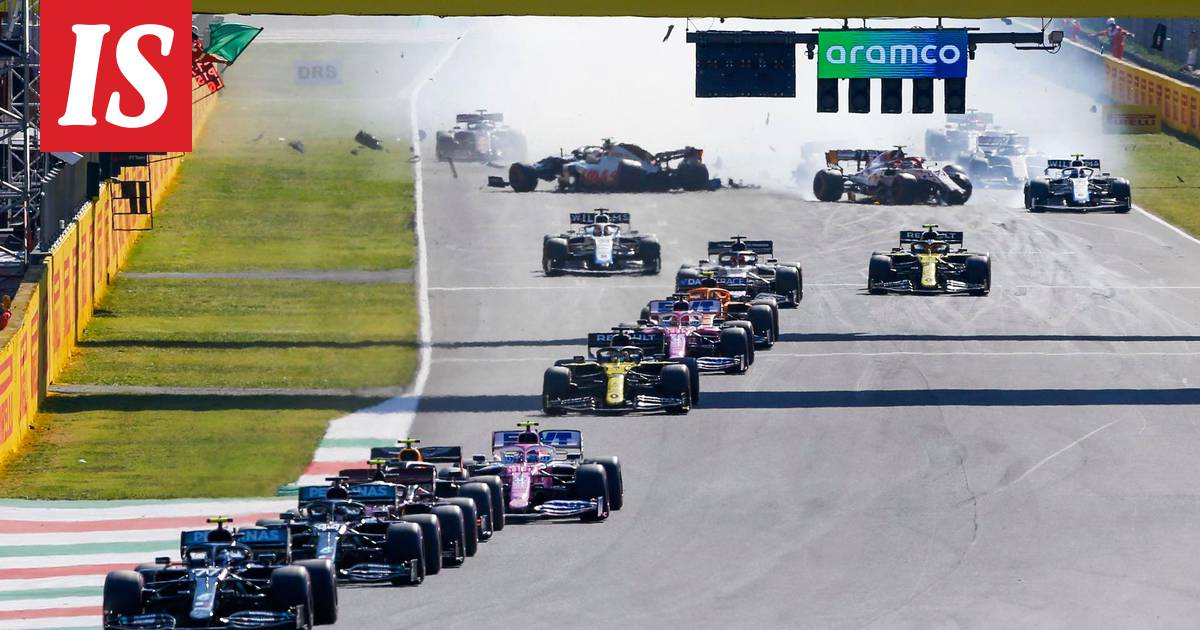 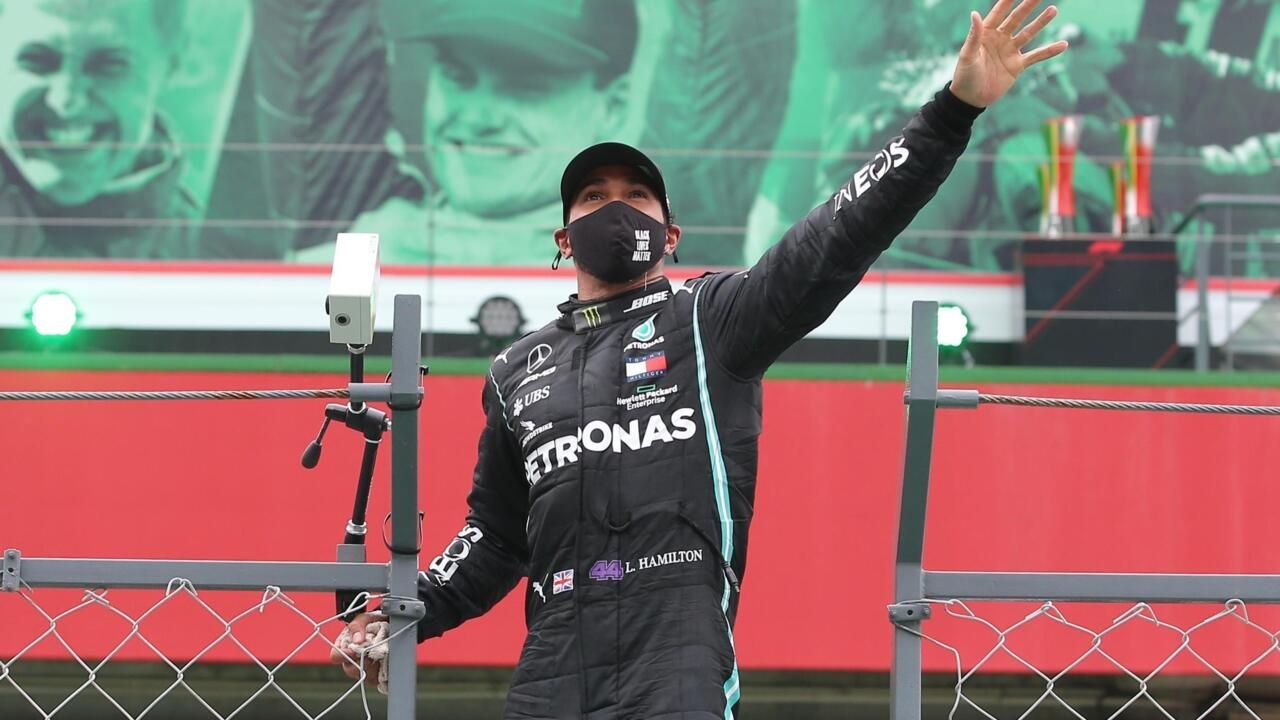 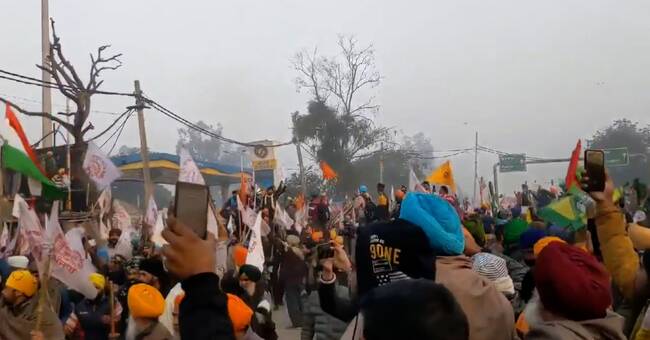 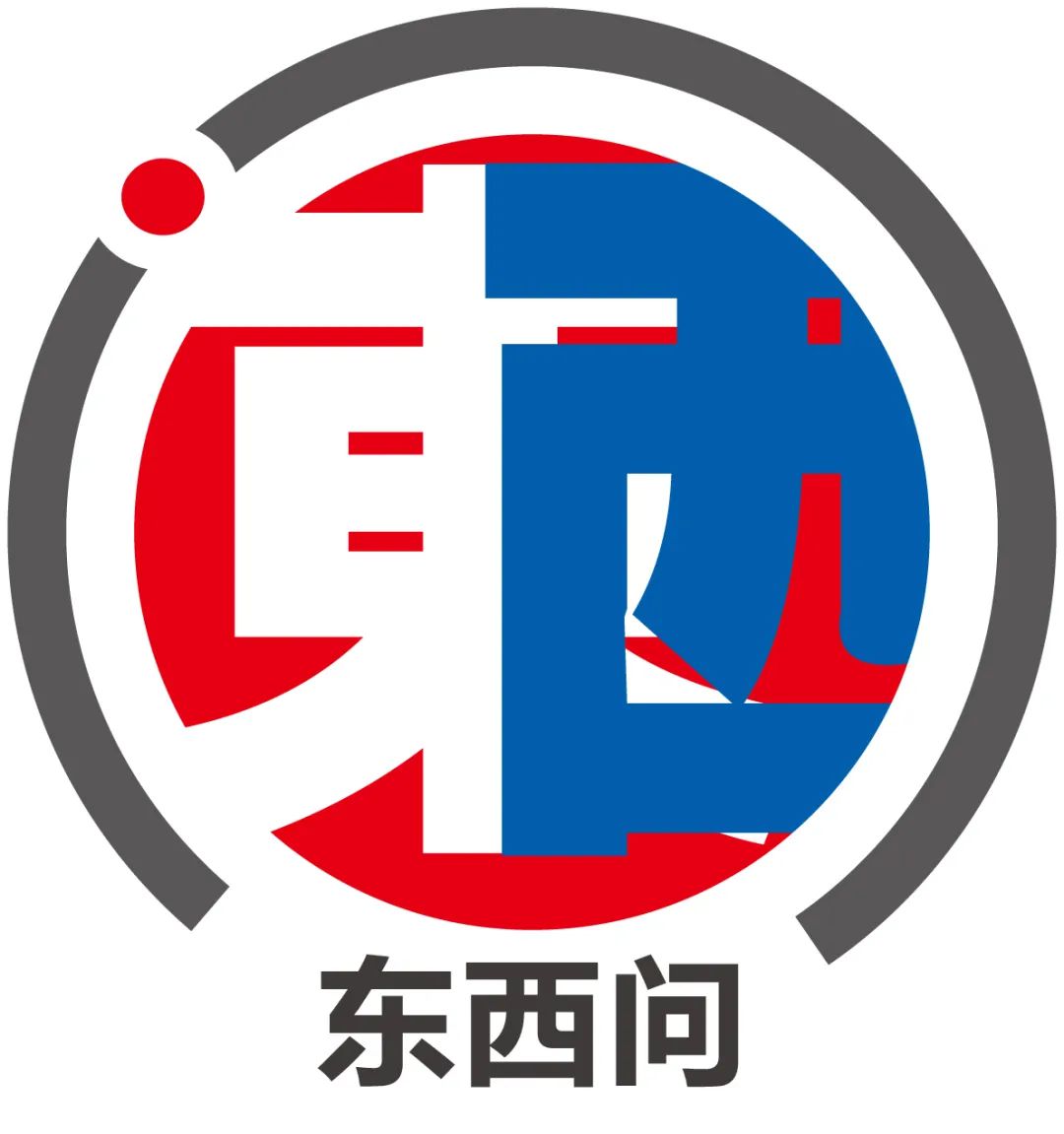