A night of the wind of January .. Did the Egyptians break the barrier of fear and move the anger to the street?

"A night of January wind" With this description, many of the pioneers of the communication sites in Egypt followed the demonstrations last night in the governorate of Giza (west of Cairo) against the Egyptian police to protest the killing of a young man yesterday evening, Monday. 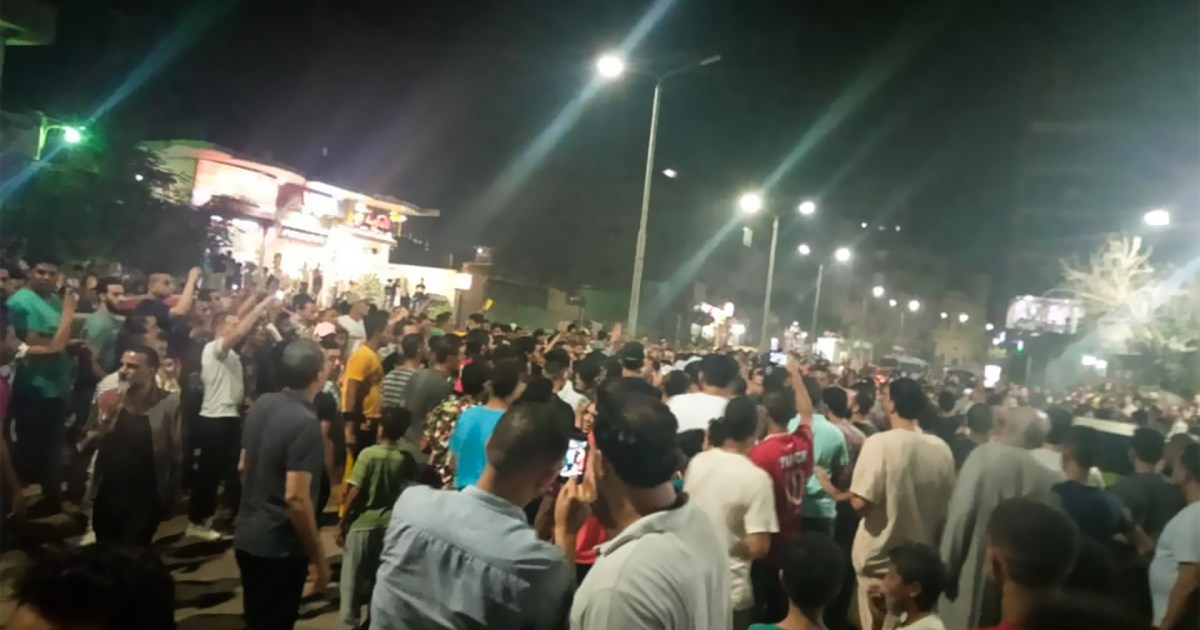 "A night from the wind of January" With this description, many social media users in Egypt watched the night demonstrations in Giza Governorate (west of Cairo) against the Egyptian police in protest of the killing of a young man yesterday evening, Monday.

In a rare demonstration, hundreds of people took to the Munib area to denounce the killing of the young "Islam Al-Australian", accusing the police of killing him after he was beaten, and chanting slogans of "the Interior Ministry", affirming that they will continue to protest until the right to Islam and accountability for his killing.

On the other hand, security sources denied the involvement of the police forces in the accident, noting in a news circulated to the media that the young man died as a result of a quarrel with others, while the police came to break up the clashes, but he breathed his last while being transferred to the hospital.

Tweeters circulated video clips of the nightly popular protests, and some said that the protesters went to surround the police station, which they held responsible for the killing of the young man.

Some of them compared the killing of the young Islam to the killing of activist Khaled Saeed by the police forces, who was the spark of the January 25, 2011 revolution, and the police claimed at the time that he died due to swallowing a roll of banjo.

A protest against the killing of a young man called "Islam the Australian" by a police officer pic.twitter.com/jSfeoBpjjy

Oh group, what happened in al-Munib is considered a very suitable spark to

start with, and what is urgently required is that

military, Sisi and slavery, because the people chanted

required of the Cairo revolutionaries.

Social media pioneers pointed out that these protests are the harvest of accumulated anger in the hearts of Egyptians towards the repressive practices of the security and police services, and the continuous deterioration in human rights, marveling at the failure of the Egyptian police to learn from the lesson of the January revolution, as Egyptians poured their anger at the regime of the late President Hosni Mubarak. On the police, who were the first target of the protesters.

Others also considered that Egyptians breaking the barrier of fear of security repression and demonstrating in the streets is also a result of the deterioration of living conditions and the rise in the prices of basic goods and services, while tweeters said that the anger intensified after the spread of video clips of the demolition of homes in cities and villages claiming that they violate building requirements, in implementation of instructions President Abdel Fattah El-Sisi.

director of security, the world has gone, and the world is gone because of the killing of a young man inside the police station.

Perhaps it is the spark that comes

Others considered that what happened al-Munib is a spark for a new revolution that Egyptians are waiting for due to the deterioration of their lives and the deviation of the Sisi regime from their priorities in favor of policies that did not contribute to solving their accumulated crises, but rather increased their severity.

Some warned that the new revolution would not be quiet like the January revolution, as there would be no politicians leading the masses, but rather angry popular movements that would come without guidance from anyone.

He called on Egyptian opposition activists to invest this escalating anger in crystallizing a political discourse that fulfills the dreams of Egyptians to get rid of the military coup and return to the goals of the January revolution.

This comes at a time when the hashtag (#Mish_AyZink_Wansal_20_September) was issued on the communication sites for the second week in a row, where activists called for a demonstration on the first anniversary of the demonstrations of September 20, 2019, which caused great embarrassment for the Sisi regime.

The week witnessed the rising anger of the Egyptians and the call for new demonstrations, in light of the continuing economic deterioration and human rights violations, and this was reflected on the communication sites, where the hashtag "I do not want you" was issued throughout the week, in response to Sisi's previous statements in which he said he is ready to leave if the Egyptians ask him to do so.

Yesterday, Monday, the hashtag "Anger Ya Masri" was published on the communication sites, where thousands of tweeters participated in the reasons for the escalation of anger against Sisi and his regime, stressing that the Egyptian people are at the highest levels of anger now in light of the regime's insistence on expanding the home demolition policy, claiming that it is against the law.

It seems that al-Munib's protests yesterday sparked more enthusiasm among the tweeters, which prompted them to escalate their demands for the departure of Sisi and his regime, and to call on the Egyptian army to support those demands, and gave hope that the Egyptians could move again and break the barrier of fear.

God willing, all of us with some one hand, we will depose the Harami, hate Egypt and its people, save our country together, return our dignity to the world, and erase the worst regime in the history of Egypt. This offended our women and daughters and left them prey to the internal dogs and sold the land and overflowed the wealth of Egypt and made it a debt # We don’t want you. com / Sdqg3VTKuG

If you remain silent, then these bulldozers that demolish your homes and mosques will head before their engines cool down towards Hurghada and Sharm el-Sheikh, and will make most of them a row bed before handing them over to Mohammed bin Salman .. He will demolish them even at your expense .. so get out, and this villainy will fall faster than the fall of the minaret of their demolition.

24 hours before this scene ... Who was expected that the police would be subject to

break the fear # I don’t want you. 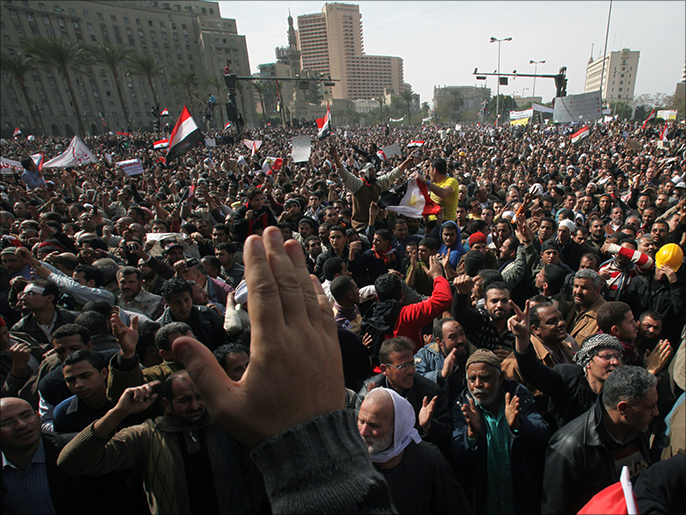 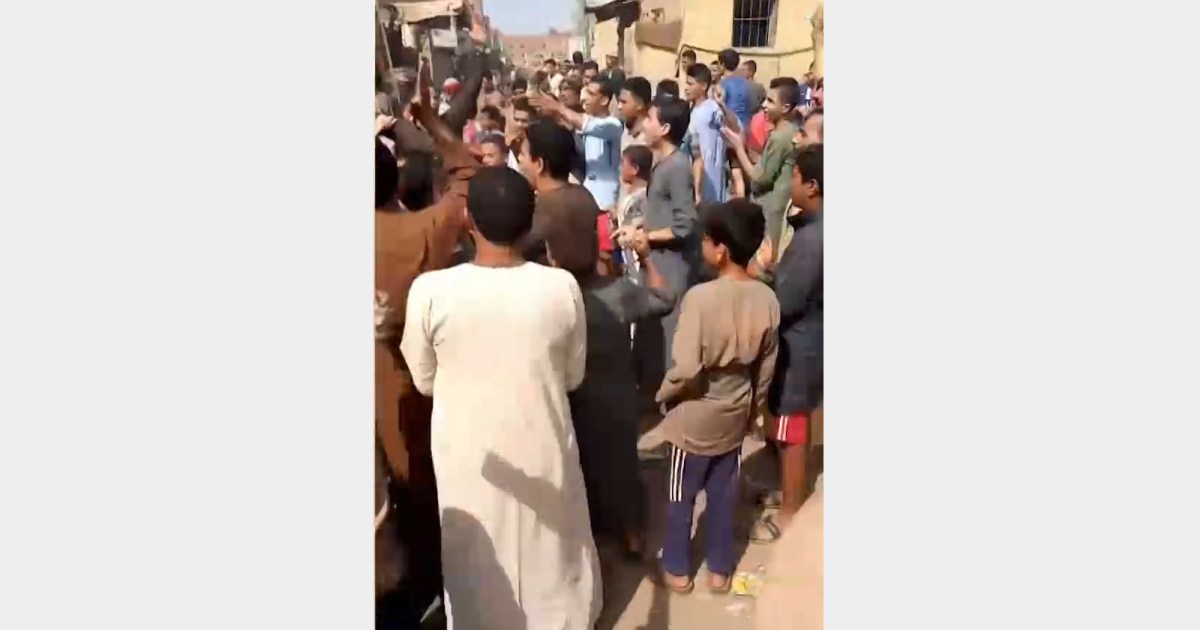 News/Politics 2020-09-21T20:35:17.767Z
Politicians and Activists: The Egyptian street movement is a prelude to a major uprising sweeping the country 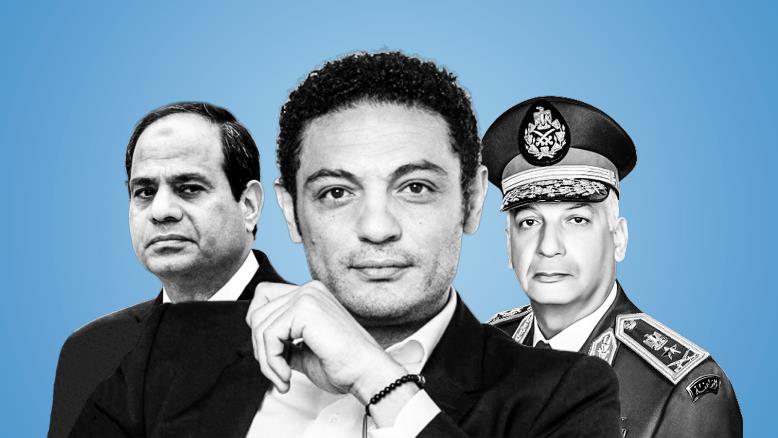 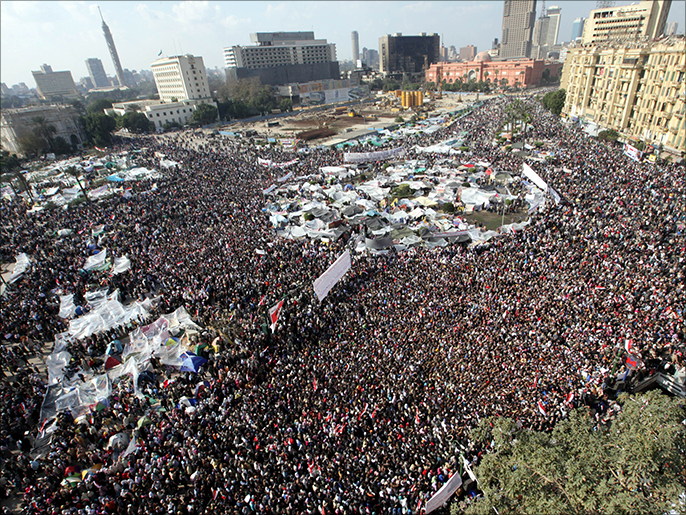 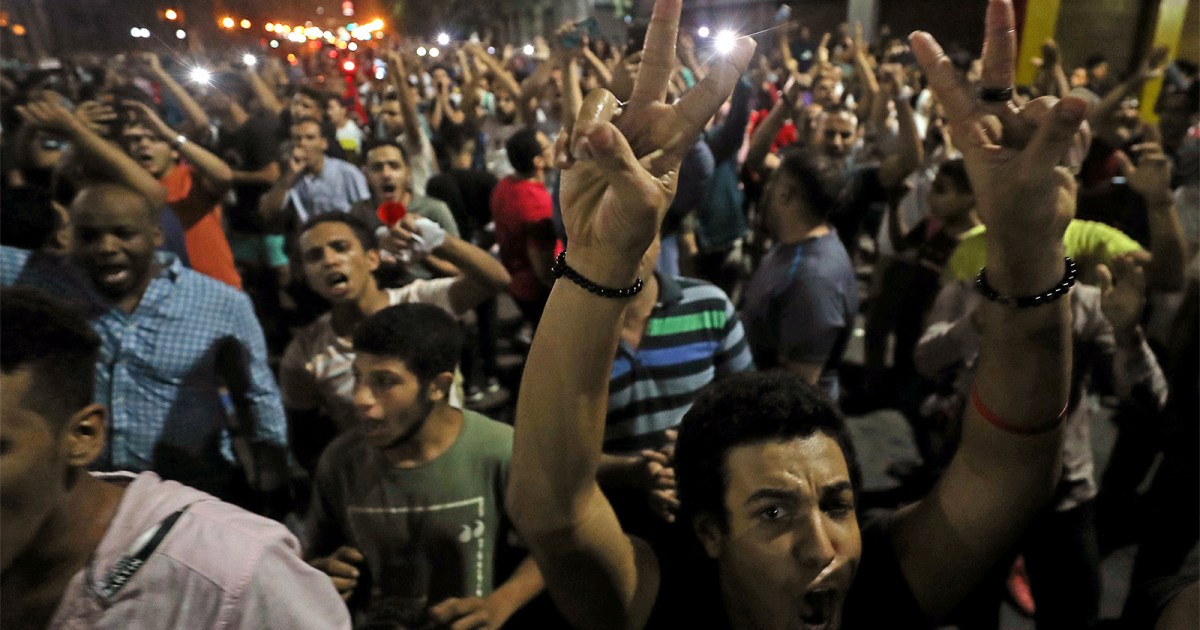 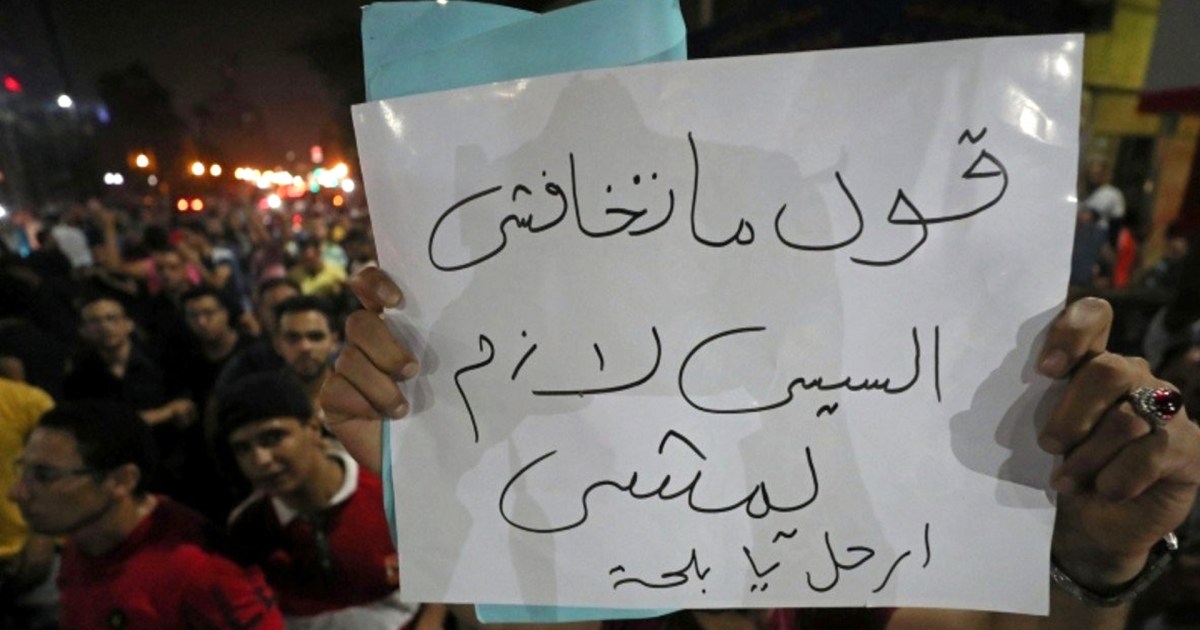 Life/Entertain 2020-09-25T18:27:18.485Z
Communication sites are chasing Sisi in conjunction with demonstrations across Egypt 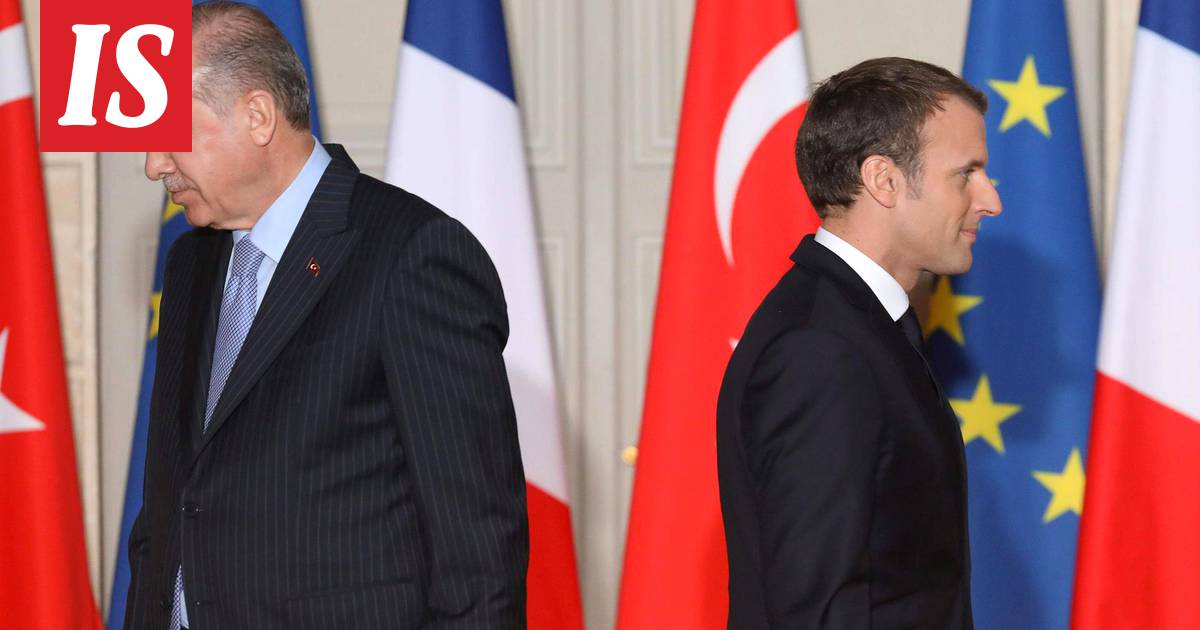 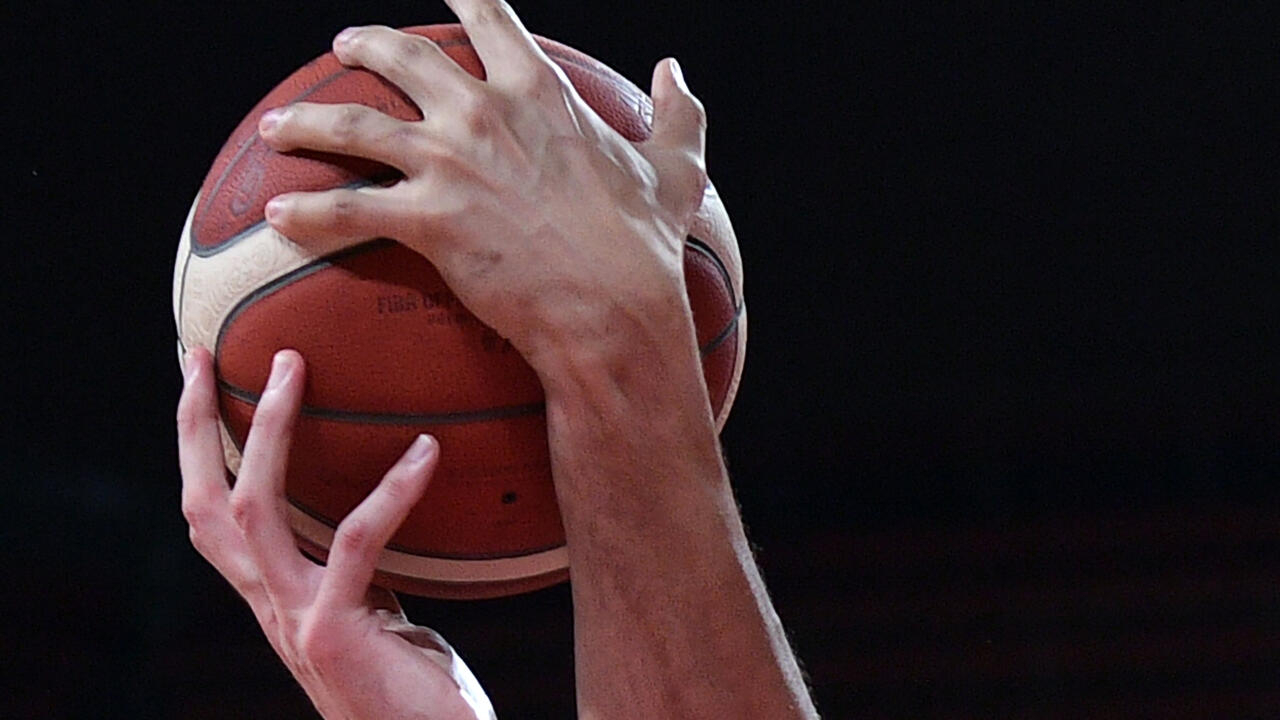 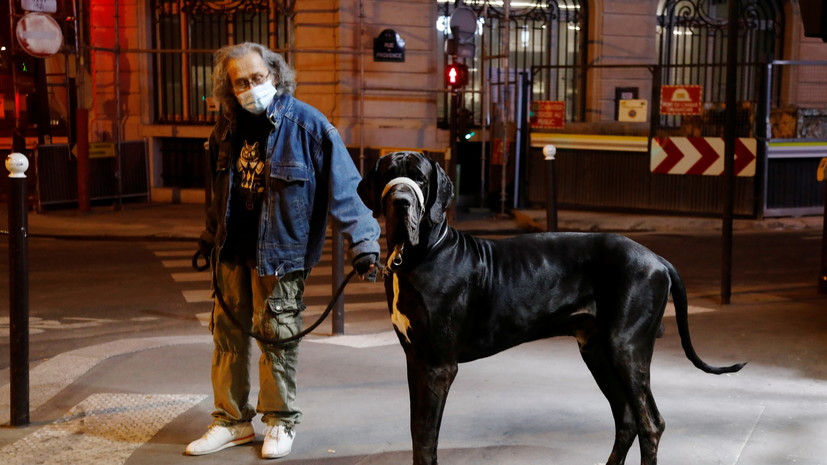 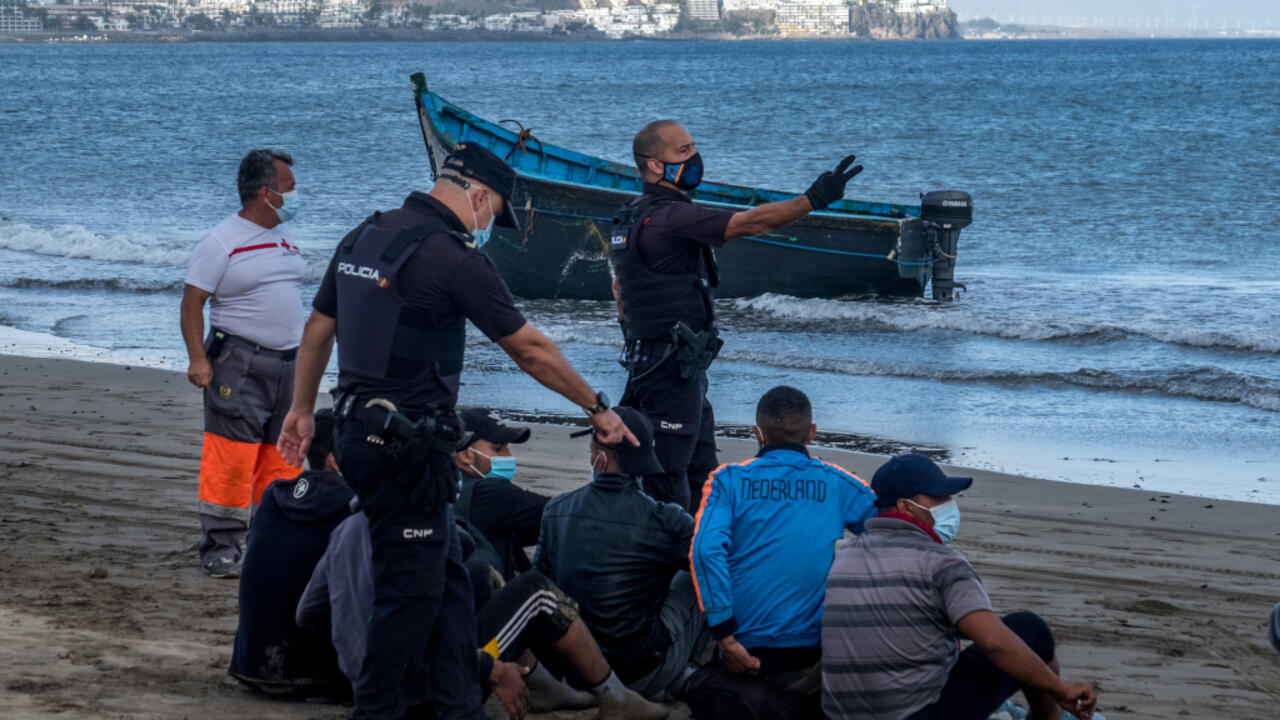