Blood and Oil .. A new book reveals how bin Salman ascended to power and his methods of targeting his opponents

The book "Blood and Oil" was released Tuesday in the United States. Which narrates how the rise of Saudi Crown Prince Mohammed bin Salman, and highlights his methods in facing his opponents. 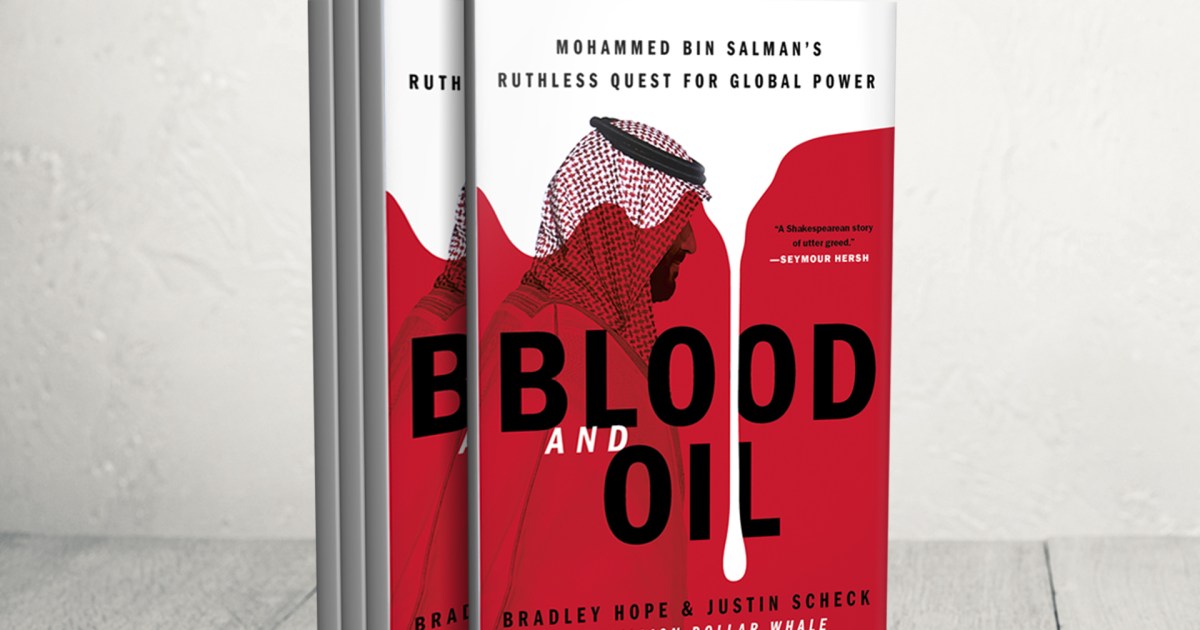 The book "Blood and Oil" was released Tuesday in the United States, which narrates how the Saudi Crown Prince Mohammed bin Salman has risen, and highlights his methods in confronting his opponents.

The book, written by Bradley Hope and Justin Chic - citing official records for the US Federal Bureau of Investigation (FBI) - revealed how Badr Al-Asaker, the assistant to the Saudi crown prince, hacked Twitter.

He explained that the "FBI" and US intelligence monitored the calls of the soldiers with Ahmed Abu Ammo and the Al-Zubarah, and reported to Twitter about their practices related to hacking users' data.

The book states that the Saudi consul in Los Angeles, on the orders of the military, helped smuggle Al-Zubarah to Riyadh the day after he was interrogated and stopped him from working on Twitter.

The US Department of Justice decided - according to the book - not to disclose the name of Al-Asakir until the investigations are completed, coinciding with the start of the sessions, despite having all the information related to the case.

The two authors, "Al-Dam and Nut," revealed that Al-Asaker directed a request to Abu Ammo to reveal the identity of the account owner known as "Mujtahidd."

They added that Al-Zubarah had obtained "mujtahed" account information, location and phone number, and information about many activists and members of the royal family.

The book also revealed that the soldiers spent 300 thousand dollars to Abu Ammo through an account in Lebanon in exchange for his services.

The Siege of Qatar

The book "Blood and Oil" indicated that the former US ambassador to Riyadh, Joseph Westphal, had warned bin Salman of any escalation against Qatar.

He added that the ambassador assured the crown prince that the escalation against Qatar would lead to instability in the region and carry dangerous consequences for an important ally.

It was also reported that Steve Bannon, former chief strategic advisor to President Donald Trump, asked Tahnoon bin Zayed, the national security advisor in the UAE, to reconsider the significance of the blockade on the State of Qatar, and assured him that the demands are not convincing and that they must present specific demands.

Earlier, Cech (one of the book's authors) told the Wall Street Journal that the Saudi crown prince was seeking to get rid of any threat to his power.

And he stated - in an interview with Al Jazeera - that bin Salman may want to reduce the number of members of the royal family who can share power with him.