The best-selling frying point products in supermarkets already show the wild popularity of the new hit - another new outlet: “You can already say that it is a hit” 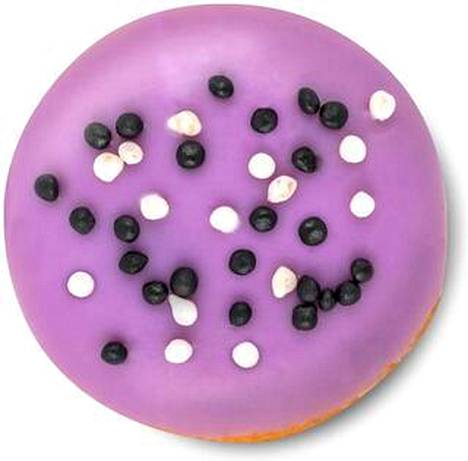 These are the best-selling products in the S Group's grocery stores, we told in August in a story listing the most purchased supermarket products in large chains in terms of number of items.

The same products can also be found in the K-Group's list of best-selling products.

Lidl does not publicly provide exact lists of its best-selling products, but from there Ilta-Sanomat was told that one of them is the oatmeal core of a baking point.

Frying point products are popular in all large chains.

This autumn, they have also received a lot of new products.

We asked the S Group, the K Group and Lidl which frying point products sell the most and what kind of new products are now available at frying points.

Last week we told about the novelty that came to the S Group's stores, which even dared to battle a competitor of the ever-hit, Karelian pie.

If you look at the S Group's fresh list of best-selling frying point products, it has lived up to expectations, at least for the time being.

Time will tell if its popularity will remain the same.

In addition to rice pie, the best-selling frying point products on the S Group's and K Group's lists include croissants, pies and buns.

Lidl’s communications say that in addition to oat kernels that have gained a “cult reputation,” the most popular products are rice pies and baguettes.

In addition, whole breads from baking points have grown in popularity.

Of the sweet products, domestic donuts, stuffed buns and ear hangers are the best sellers.

Of the foreign products, the most bought at Lidl's baking point are donuts and newly added chocolate cookies.

The 10 most popular products in the K-Group's frying points in random order:

The S Group says that in addition to Rostis, frying points have another new product that has become popular.

- The Fazer London grain monk, which can already be said to be a hit, reports on the S Group's communications.

Other new ones include the Primula Artesaani series of sour root bread and oat baguette.

In addition, Fazer's Rowan Star Cake is coming in October.

During September, a new concept of big breads will be launched at Lidl at the baking point, and trade communications will be announced.

The K-Group has a long list of new frying point products for the autumn.

Just about all of the products listed below may not yet be available, but are coming to the roasting points during the fall and late year:

Gingerbread has one of the newcomers of autumn. Photo: K-ruoka.fi

Have you missed a frying point product that no longer seems to be found?