Drugs: the flat-rate fine, a new generalized tool with a lot of promises - France 24

Drugs: the flat-rate fine, a new generalized tool with a lot of promisesParis (AFP) Barely experienced, already generalized: the flat-rate fine for drug use, touted by the government to fight against consumption and trafficking, entered into force everywhere in France on Tuesday, under the skeptical eye of many magistrates and health professionals . Tested since June in Rennes, Reims, Créteil and mid-July in Lille and Marseille, this fine of 200 euros, which in theo 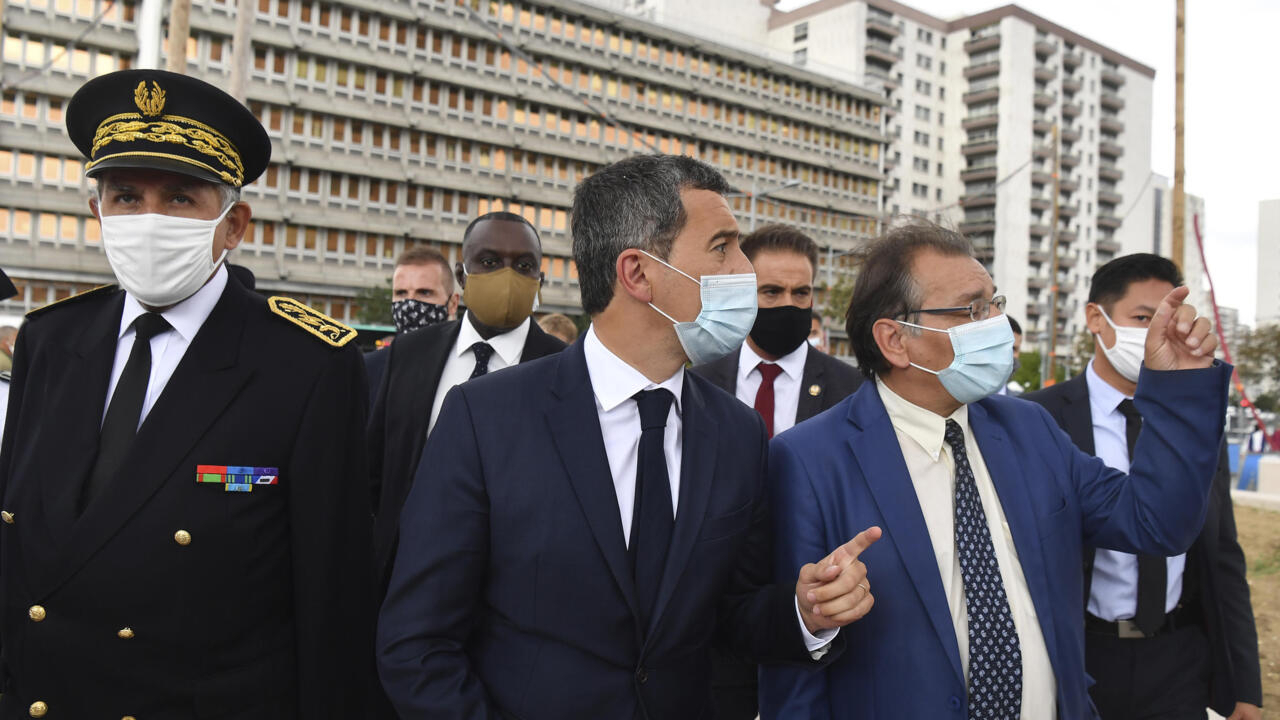 Barely experienced, already generalized: the flat-rate fine for drug use, touted by the government to fight against consumption and trafficking, entered into force everywhere in France on Tuesday, under the skeptical eye of many magistrates and health professionals .

Tested since June in Rennes, Reims, Créteil and mid-July in Lille and Marseille, this fine of 200 euros, which in theory concerns all drugs but mainly targets cannabis smokers, was generalized faster than expected.

After a shootout linked to traffic in Nice at the end of July, Jean Castex decided to use it everywhere in France from the start of the school year.

The fine allows "to apply a sanction without delay" and to fight "against the points of resale which plague the districts", then praised the Prime Minister.

The drug circulates "in extremely large quantities in the territory of the Republic, not just in the working-class districts but also in what one could call the beautiful districts", recalled Tuesday Gérald Darmanin during a trip to Choisy-le- King, in the Parisian suburbs.

"The fine is one possibility among others of being able to penalize" consumers, added the Minister of the Interior, "it is not enough but it is necessary".

It is "a simplified weapon" for the police and gendarmerie, according to him.

The stake is known.

Despite one of the most repressive policies of the Old Continent - the use of narcotics is punishable by one year in prison and a fine of 3,750 euros - the French are the leading consumers of cannabis in Europe and rank third for cocaine .

The procedures for use often resulting in a simple reminder of the law, the fixed fine was thought by the LREM majority to fight against the "de facto decriminalization" of cannabis.

Fixed at 200 euros and registered in the criminal record, it concerns only adults and can increase to 150 euros in the event of payment within 15 days, 450 euros beyond 45 days.

What to facilitate the work of the police.

"It avoids tens of hours of proceedings to, at the end, have a simple reminder of the law," greets Stanislas Gaudon, general delegate of the Alliance union.

But this "umpteenth repressive measure" bristles doctors and magistrates.

"The fine pushes users into hiding and removes access to doctors. If you pay for it, who will encourage you to meet a professional?", Nathalie Latour, general delegate of the Addiction Federation, told AFP.

A criticism shared by the Union Syndicale des Magistrates (USM), the majority among judges.

Its secretary general Jacky Coulon deplores a device which "transfers the discretionary power of the prosecutor's office to the police" and with which "we do not ask ourselves the question of care".

All this for "a relative saving of time: consumer affairs are not the most time-consuming".

In Créteil, where the prosecution has fines for quantities of cannabis less than 30 grams, and retains the classic procedure for cocaine users, we put it into perspective.

Still little used, the fine is "one more response to the use of narcotics, to try to dry up demand", they say to the prosecution.

"After that, it's not going to make the traffic disappear."

In two months of experimentation, 545 fines were drawn up in all the test cities.

The Rennes public prosecutor's office indicated at the end of August that within its jurisdiction, 32% of litigants having received their fine had paid it.

"With 500 fines in cities with 1.6 million inhabitants, and one in three people who pay, this measure is already a failure. It is a conviction on the sidewalk, which will strengthen facial checks", believes Béchir Saket, co-founder of the L630 association, in favor of decriminalization.

While wealthy consumers are delivered, "we will not go home to people to find out if they take drugs", recognizes Eric Poulliat (LREM), co-author of a parliamentary report that inspired the fine. .

"But it's already a lot to show a kid that his big brother can't smoke a joint on the terrace without being worried."

The fine "will not have a profound effect on consumption, nor on the congestion of the courts. It is there to recall a criminal prohibition and to free up police time to fight against trafficking", recalls the deputy, for whom prevention towards minors remains "essential".

To this end, the revenues generated must supplement the addictions fund. 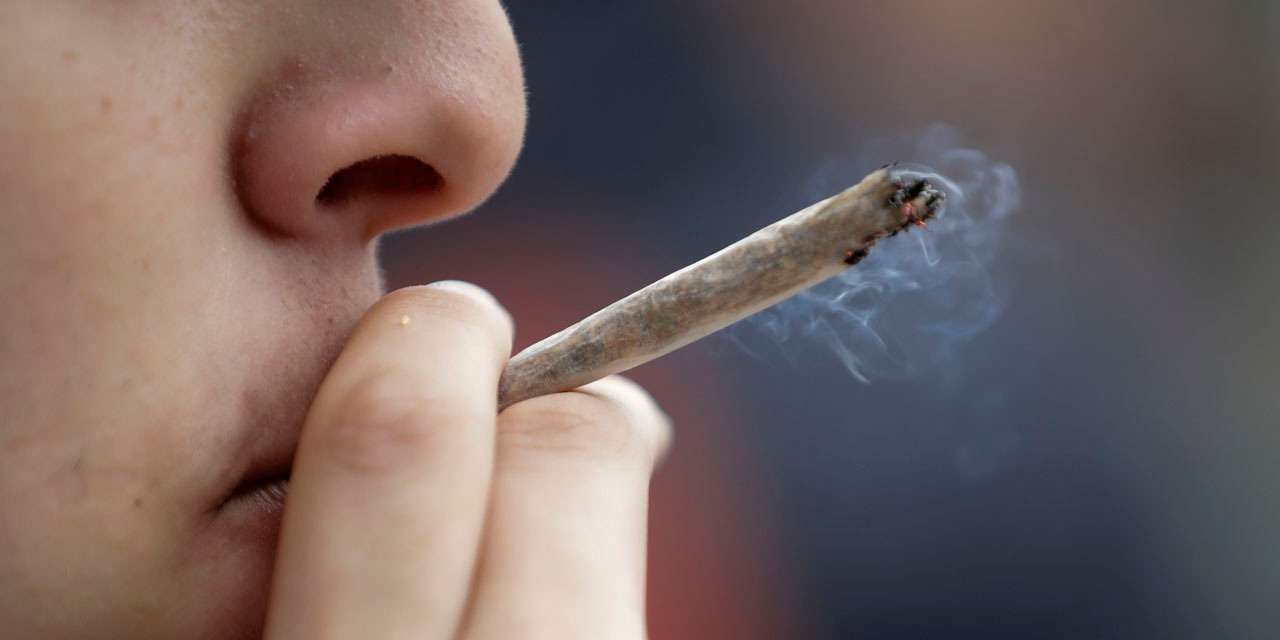 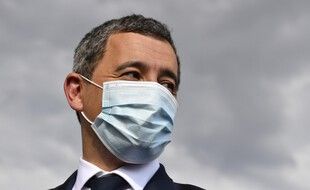 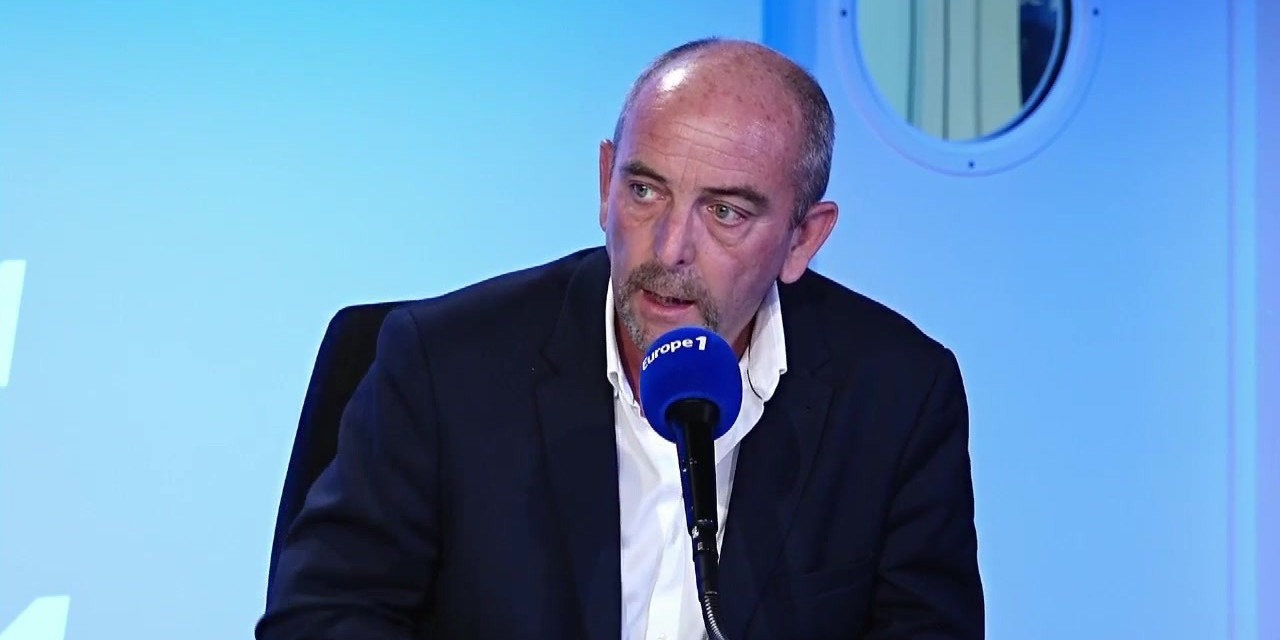 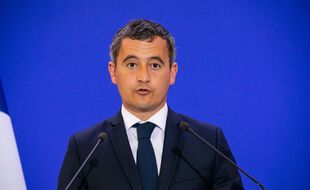 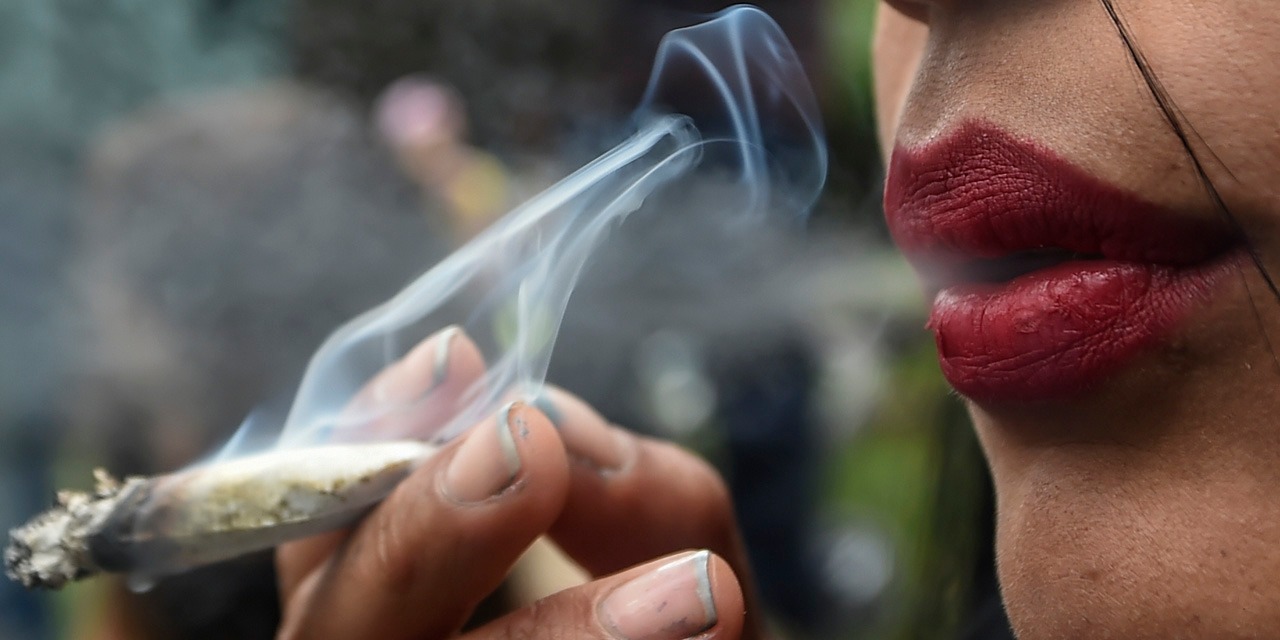 News/Politics 2020-07-26T07:58:12.193Z
Coup de com 'or strengthening of the criminal justice response? The standard fine for possession of narcotics divides 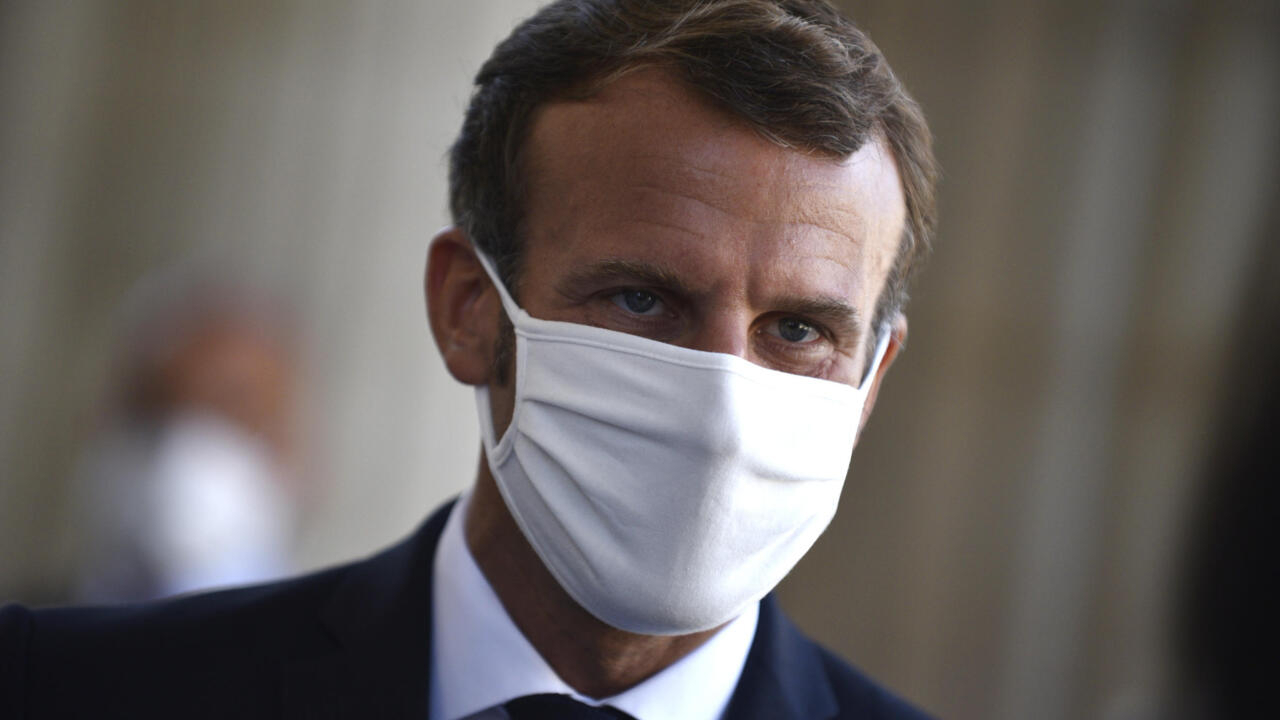 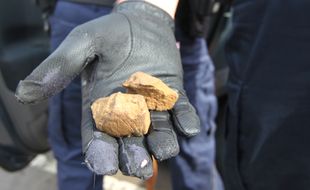 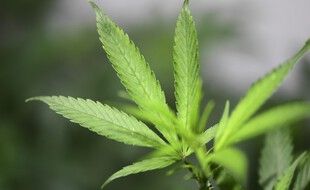 News/Politics 2021-03-01T09:36:37.320Z
Talking about the good news of China and Europe Wang Wenbin: Hope that the China-EU Investment Agreement will be formally signed as soon as possible 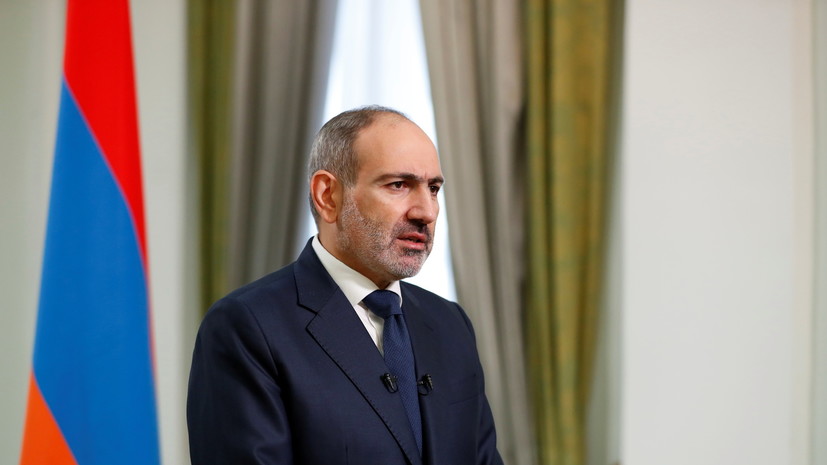 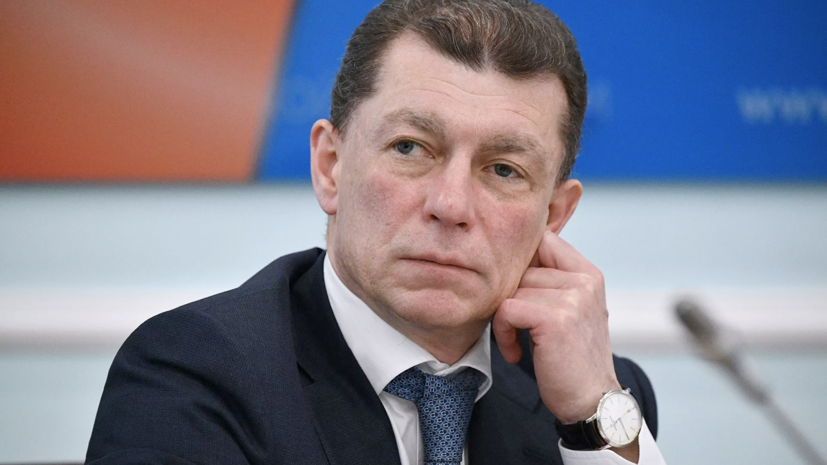