Chinanews.com, August 31. According to a report by the Overseas Chinese News Network, the Chinese restaurant on Eighth Avenue in Brooklyn, New York, which has been actively engaged in outdoor dining operations for the past few days, has taken actions to help itself while also boosting the recovery of the local economy. Promote the employment of local Chinese.   Located at 62nd Street, Sixth Ave...

Chinanews.com, August 31. According to a report by the Overseas Chinese News Network, the Chinese restaurant on Eighth Avenue in Brooklyn, New York, which has been actively engaged in outdoor dining operations for the past few days, has taken actions to help itself while also boosting the recovery of the local economy. Promote the employment of local Chinese.

Located at 62nd Street, Sixth Avenue, Brooklyn, Golden Palace Restaurant is the first large-scale restaurant in the area to start outdoor operations. Since the official launch of outdoor dining on August 21, the restaurant operates Hong Kong-style tea drinking outdoors in the morning and afternoon, and transforms into the evening. Barbecue seafood food stalls have been popular among residents for days.

According to the restaurant owner Chen Shanzhuang, when the outdoor dining was first launched, they used the parking lot in front of the restaurant and the dining area built on 62nd Street to set up nearly 30 tables. Unexpectedly, more people came to drink tea and eat snacks every day. They used the platform in front of the restaurant to set up 10 tables, which were still full. The evening stalls are also unexpectedly popular. According to reports, some guests also traveled from Queens and Staten Island. Among them, a pair of Chinese brothers and sisters drove three times from Flushing to eat stalls. In order to meet the needs of more guests, Jin Huangting is working overtime these days to rush to expand the dining area on 62nd Street and plan to add 6 more dining tables.

In this regard, Chen Shanzhuang said that when he saw the results of self-help, it was even more gratifying that the employment of employees was also increasing. He said that before the epidemic, there were more than 80 employees in the restaurant. After starting outdoor operations, more than 30% of the employees returned to work. Now the outdoor dining business is doing well. They added 8 more employees as the area expanded, including stir-fry and dim sum. Master, take-out and food delivery, etc. At the same time, it has also promoted the recovery of related local supporting industries, and the number of employment in supporting industries has also increased.

Restaurant No. 99, located on 61st Street, 7-8 Avenue, recently joined hands with several restaurants on the street to launch the BBQ Oktoberfest on weekends. The business is also good. According to the person in charge, Lin Liju, when they started outdoor operations, there were 7 or 8 old employees who returned to work. With the improvement and stability of operations, the number of employees has increased to 10. But he also pointed out that despite the limited number of additional staff, outdoor operations are self-help businesses under the current circumstances, and restaurants have to control costs from all aspects to survive. But if we can resume eating at home, even if only a certain percentage is restored, the employment rate will be very different.

According to figures released by New York State Congressman Coton last week, 200,000 people were unemployed in the New York catering industry under the severe damage of the new crown epidemic. Therefore, the public and the catering industry have been urging the city government to come up with a plan to resume eating in the hall as soon as possible. Otherwise, even if the city government extends the outdoor business hours, it will not help. It will not only make the restaurant industry more difficult, now it is rare. The increase in employment will also regress substantially. (Cui Guoyu) 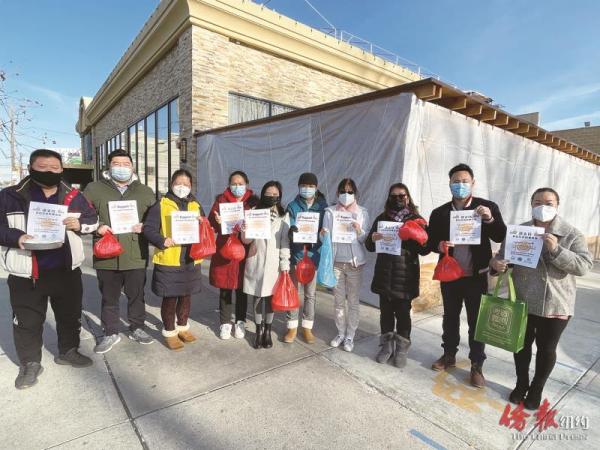