The Director General and Chairman of the Board of Directors of the Roads and Transport Authority, Mattar Mohammed Al Tayer, announced that 40% of the development work of three stations on the Red Line of the Dubai Metro has been completed, namely the Dubai Internet City, Damac Properties and the United Arab Emirates Exchange stations, as part of the authority’s efforts to plan 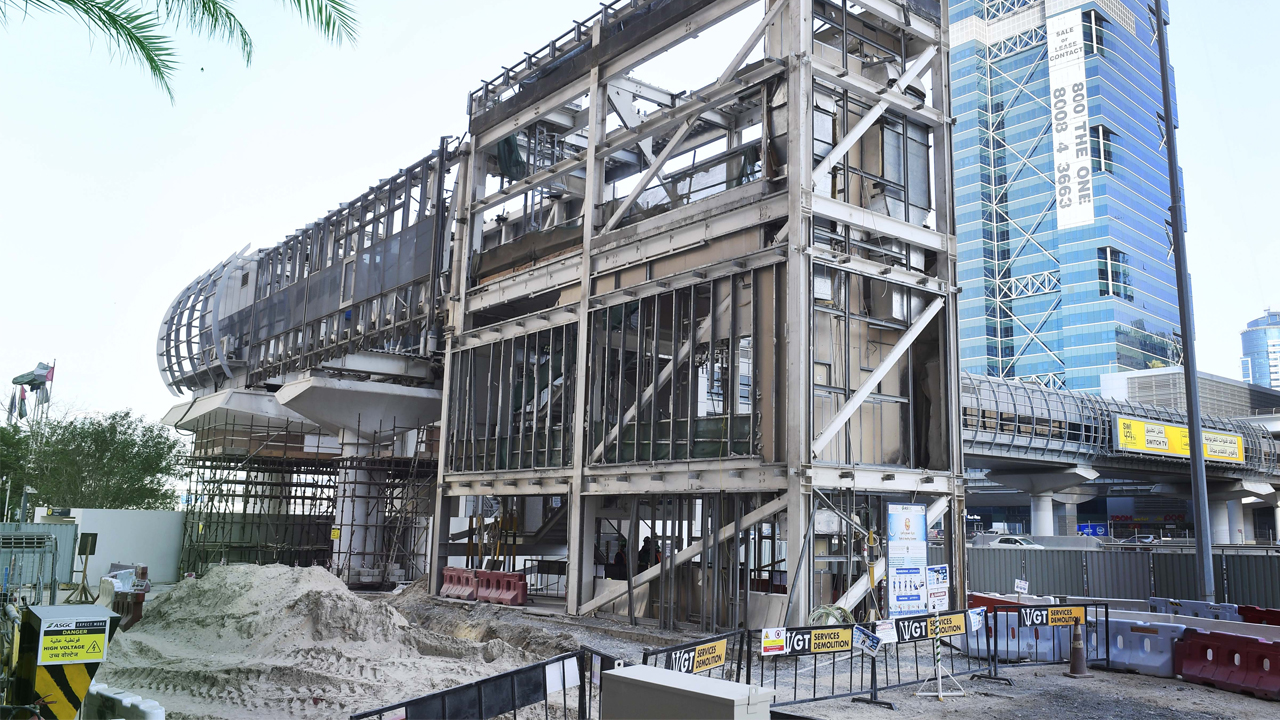 Matar Mohammed Al Tayer, Director General and Chairman of the Board of Directors of the Roads and Transport Authority, announced that 40% of the development works have been completed on three stations on the Dubai Metro Red Line, namely the Dubai Internet City, Damac Properties and the United Arab Emirates Exchange stations, as part of the authority’s efforts to develop Metro stations and improving the infrastructure around them, to bring happiness to customers and improve the experience of pedestrians and cyclists, in addition to providing a safe and easy transportation environment for people of determination.

He said: The project includes building an additional western entrance at the Dubai Internet City station, improving the connection between Damac Properties’s Dubai Metro Station and Dubai Marina Tram Station, to meet the increasing growth in the number of passengers, particularly in the morning and evening rush hours, as well as building an additional eastern entrance at the station. United Arab Emirates Exchange, to facilitate passenger access to the station, as well as the implementation of civil works around the entrances to the stations on the eastern and western sides to achieve the integration of transportation and ease of access for Dubai Metro users to the stations, and the project also includes the provision of pedestrian crossings, and covered places for rest, and cosmetic agriculture works, and paintings Indicative.

He added: This project is part of an integrated plan to develop the infrastructure of 40 metro and maritime transport stations by 2025, improve the connection between the stations and the important urban and tourism facilities adjacent to those stations at a distance of no less than 500 meters, and ensure that pedestrians, bicycle users and drivers reach these areas. In a safe and easy way, indicating that the selection of these stations was based on multiple criteria, such as the number of passengers in the stations, the number of people of determination users, the population density, the geographical distribution in the areas surrounding the stations, and the number of transportation trips from one way to another.