During the weekend, two teenage boys are suspected of having been subjected to kidnapping and a prolonged assault in a cemetery in Solna. Two men, aged 18 and 21, have now been arrested on probable cause on suspicion of kidnapping, aggravated assault, rape and aggravated robbery. And people who work with young people in Solna testify that teenagers feel a great fear of being exposed to violence. 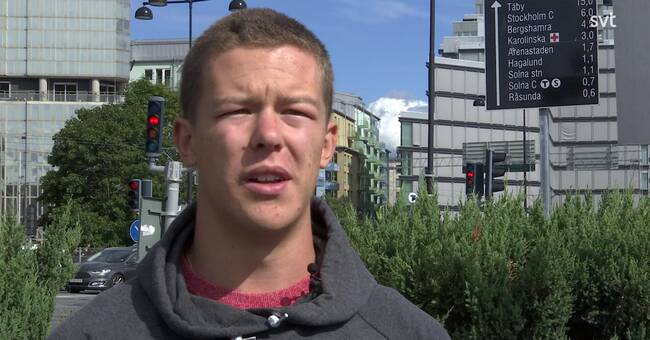 Mathias Johansson has extensive experience of working with school students in high school and high school in his role as operations manager for leisure activities in Södra Solna. And he notices a concern among the teenagers who visit the leisure center.

Mathias Johansson is responsible for leisure activities in Södra Solna and he notices a concern among the teenagers who visit the leisure center.

- There are big problems with young people and gang formation, says Mathias Johansson.

Mathias Johansson says that those who work in the leisure activities often accompany young people home in the evenings because they feel insecure.

It was at the Norra cemetery in Solna that two teenagers were subjected to several hours of aggravated assault during the night towards Sunday. The incident has caused some young people in Solna to start worrying about how to get home in the evenings.

- You never go home alone, but you accompany your friends to the gate, says 20-year-old Hampus Dahlskog who lives in Solna.

Prosecution no later than 8 September

On Tuesday and Wednesday, two men were arrested on suspicion of kidnapping, aggravated assault, rape and aggravated robbery.

District Attorney Anders Turdai tells SVT Stockholm that the burden of proof is good and that they should go through the seizures that have been made. He does not know what the injury situation is for the two teenage boys. Prosecution must be filed on September 8.