Have the deposits in Lebanese banks evaporated?

The question might shock the hundreds of thousands of Lebanese and foreigners who trusted in the Lebanese banking system, put their money and reaped their lives in it, but a Lebanese newspaper said that &amp; quot; depositors will not get a single dollar of their money. 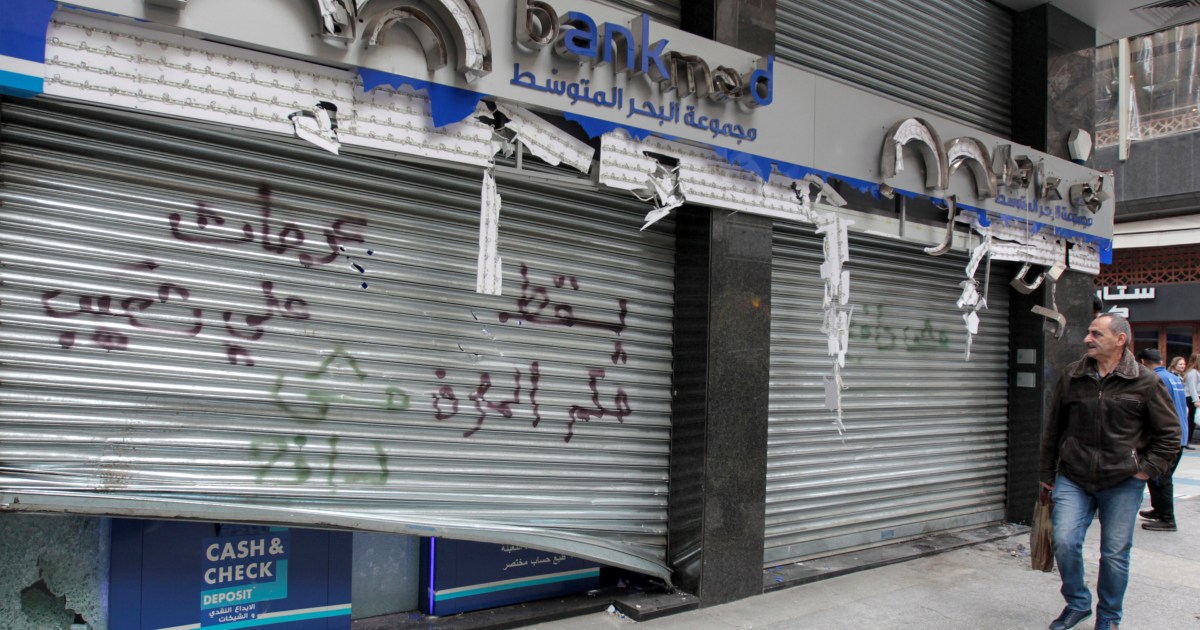 The question might shock the hundreds of thousands of Lebanese and foreigners who trusted in the Lebanese banking system, put their money and reaped their lives in it, but a Lebanese newspaper reached the conclusion that "depositors will not receive a single dollar in foreign exchange from their money."

An article published today in the Lebanese newspaper "Nidaa Al Watan" notes that the compulsory reserve of foreign currencies at the Banque du Liban is estimated after about 3 months to reach $ 17.5 billion, while official statements confirm that the net foreign currency reserves reached in July 2019, about $ 31 billion; This means that the reserve decreased within 18 months by $ 13.5 billion.

The article continues, "In addition to the massive spending on subsidies (basic commodities such as fuel, wheat, and medicine), part of the reserve went to finance the ineffective state and pay off debts and advances, and another part went to maintain the stability of the official exchange rate in the remaining transactions."

He adds that "before the remaining mandatory reserves evaporated within a few months, the CBE squandered over the past years nearly $ 148 billion from citizens' deposits to finance a failed state in the hope that it will be terminated one day."

Despite previous experiences, "the policy of gaining time waiting for a miracle of what will happen is still going on," says economist Patrick Mardini, to the Lebanese newspaper.

Mardini stresses that "it is incomprehensible why the insistence on the continuation of the subsidy for a period of 3 months, and the final elimination of the remaining hard currency reserves that belong mainly to depositors."

And he continues, "If the economic miracle does not come from today to 3 months, the traders of oil derivatives, wheat and medicine will join the ranks of those looking for dollars in the black market, which raises the demand by 7 to 8 billion dollars annually, or more than half a billion a month to secure Importing these products, which will inevitably lead to a significant and unexpected increase in the price of the dollar. "

The article points out that the most dangerous thing in the "zeroing" of reserves - according to the opinion of the expert Mardini - is the inability of the banking system to return one dollar to depositors.

Mardini concludes to the newspaper, "When the foreign exchange reserves were estimated at 35 billion dollars, the plans centered on the deduction on dollar deposits by 65%. As for the depletion of reserves, the discount on foreign currency deposits would reach 100%. That is, depositors will not receive a dollar." One in foreign exchange from their accounts. "