Verdun: a painting stolen during World War II exhibited at the Peace Center

After 75 years in Germany, a painting by French painter Nicolas Rousseau, stolen by a German soldier during WWII, recently crossed the border. The son of the solda ... 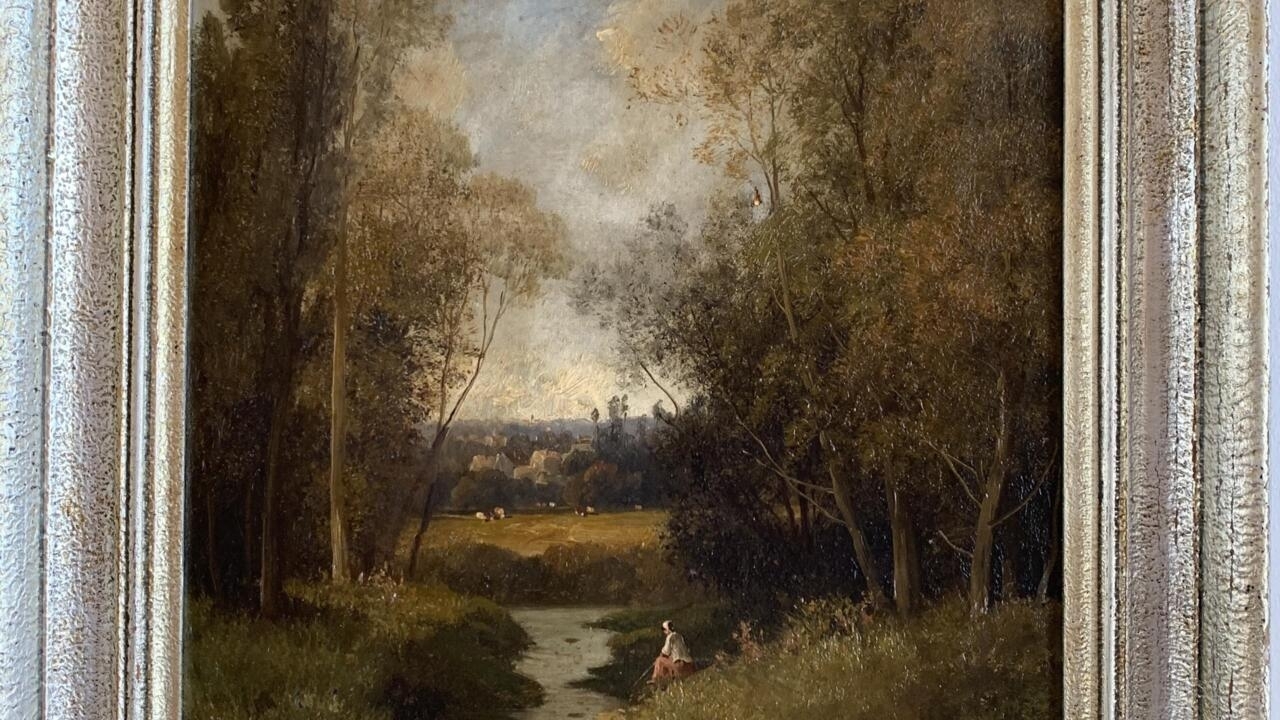 Verdun: a painting stolen during World War II exhibited at the Peace Center

After 75 years in Germany, a painting by French painter Nicolas Rousseau, stolen by a German soldier during WWII, recently crossed the border. The thief soldier's son wanted to return him to his home country.

From France to Berlin in 1944, from Berlin to Verdun in 2020, this landscape by Nicolas Rousseau has crossed the Franco-German border more than once. We see a fisherman and at the bottom a village ... " It is a painting of the French classical school, explains Philippe Ansch, director of the World Peace Center in Verdun, who inherited the painting, joined by phone by Maud Charlet of the France service of RFI. There  is nothing absolutely exceptional: it shows a fisherman at the edge of a small river surrounded by trees ... And in the background, a village. It's a pretty buccholic scene in the French countryside ... "

Listen to the details of Philippe Hansch, director of the World Peace Center in Verdun at the microphone of Maud Charlet

What is more exceptional is the history of this painting since it is about a looted work, stolen during the Second World War by a German soldier. "  It is indeed the history of the painting, this spoliation and this return sixty-nine years later, which make it a truly exceptional piece in terms of Franco-German friendship  ," continues Philippe Ansch.

The soldier in question Alfred Forner, a non-commissioned officer, was entrusted with the work by his superior to put it in safety. Once the war was over and the soldier demobilized, he framed the painting and hung it in the family living room ... Seventy-five years later, in January 2019, his son, Peter Forner, contacted the French Embassy in Berlin and tells the story of the stolen painting. The investigation begins with the French Ministry of Culture and the Compensation Commission for Victims of Spoliation, but the owners are not identified. In spring 2020, it is then proposed to the World Peace Center to host the work, tells us Philippe Ansch. A particularly symbolic place, synonymous with rifts and Franco-German reconciliation.

“  To better understand what the Second World War is, this painting is an object a little different from what we are used to presenting, when we present (this story). So this will generate interest. This will allow high school students to stop and ask themselves questions about this Second World War period which is moving away a little bit, but which is essential to understand the world today  ”.

The exhibition of the work, presented since the beginning of August in the entrance hall of the museum, also made it possible to “  possibly collect clues allowing the owners to be identified  ”. The center thus hopes to respect the will of Peter Forner, who died last year: to find the original owners of this painting ...