Africa had, this Monday, August 17, more than 1.1 million confirmed cases of coronavirus. The pandemic has already claimed the lives of 25,644 people on the continent, according to the Organisat's regional office ... 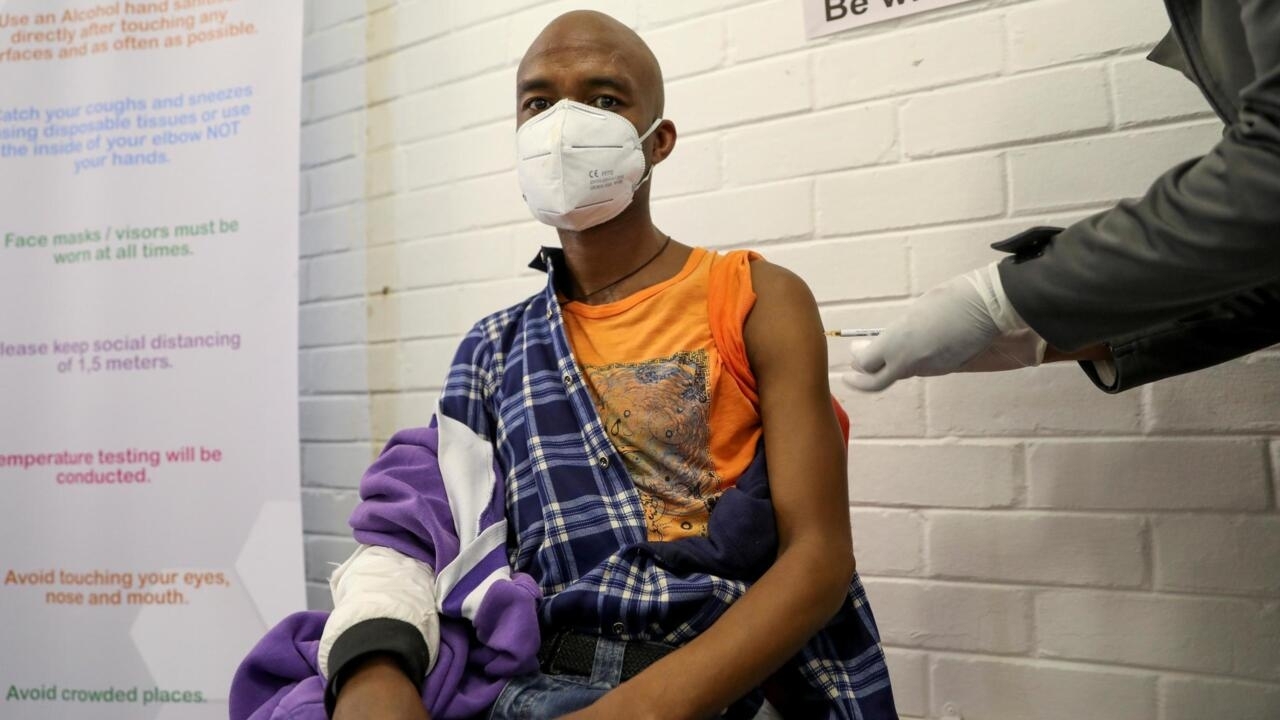 At Baragwanath Hospital in Soweto, South Africa, a volunteer receives an injection of a potential treatment for the novel coronavirus, June 24, 2020. Siphiwe Sibeko / Reuters

Africa had, this Monday, August 17, more than 1.1 million confirmed cases of coronavirus. The pandemic has already claimed the lives of 25,644 people on the continent, according to the regional office of the World Health Organization (WHO).

It has been 6 months since the 1st case of # COVID19 was detected in Africa. Since then, communities, healthcare workers & governments have mobilized to fight the pandemic.

Here are 8 ways the continent 🌍 has strengthened its response capacity. 💪🏿 pic.twitter.com/1MTPBqfEyj

The Moroccan kingdom is now the fifth most contaminated country on the continent, overtaking Algeria. Morocco now has 42,489 confirmed cases of contamination and 658 deaths linked to the Covid-19 pandemic. Since mid-July, the number of new contaminations has soared in Morocco.

The country also recorded 1,200 daily contaminations last week, a record for the country which is undergoing one of the largest increases in the world.

Marrakech, the tourist capital of Morocco, has closed several of its neighborhoods following an upsurge in cases in the city. Campaigns have been carried out in the streets to "  raise awareness of the danger of slackening in compliance with preventive measures  ", in particular the wearing of a mask.

The World Health Organization (WHO) has warned against an "  upward trend  " in the kingdom of Cherif. Since the containment was lifted in June, the number of contaminations has continued to increase.

Five players from Wydad Casablanca (WAC), one of the most successful clubs in the Moroccan football championship, have tested positive for Covid-19, the club announced on Friday August 14. Their state of health is "  stable,  " said Wydad, whose championship match, scheduled for Friday against FAR Rabat, has been postponed, as have two other matches which were to be played on the same day, "in  accordance with the decision competent authorities to place players in confinement  ”from three teams, detailed the Moroccan Football Federation.

The first division championship, La Botola, resumed at the end of July after a four-month hiatus. The matches take place without an audience and all the players have theoretically passed screening tests before the resumption.

For the past month, the kingdom has faced an increase in coronavirus infections. On Friday, the authorities cordoned off neighborhoods in Casablanca, especially in the city center, deployed "  filter barriers  " and imposed new restrictions, such as the ban on broadcasting matches in cafes.

Ghanaian President Nana Akufo-Addo has given instructions to reopen the country's airports on September 1, hoping the country will "  be ready  " by then, to relax the rules against the spread of the coronavirus pandemic.

“  As per my instructions, the Ministry of Aviation, the Ghana Civil Aviation Authority and the Ghana Airports Company are working with the Ministry of Health and its agencies, to ensure that we are prepared to reopen our airport by September 1,  ”he said. Nana Akufo-Addo added: “  However, I will make sure that we are able to test every passenger who arrives in the country to prevent the spread of the virus.  "

It is my conviction that, in times of crises, it is the duty of a responsible and sensitive Government to protect the population, and provide relief. pic.twitter.com/nDhvr2ztLA

In March, Ghana closed its land borders, as well as airports and schools, and banned public gatherings to contain the spread of the virus. One of the West African countries that has carried out the most tests, Ghana has recorded 42,653 cases of coronavirus, including 239 deaths, for some 30 million inhabitants.

Suspended since March 24, religious services resumed Sunday August 16 in the Democratic Republic of the Congo (DRC), where authorities and religious leaders insist on measures to combat the spread of the coronavirus. At the Notre-Dame cathedral in Kinshasa, in the capital, the faithful with their masks flocked from 6:30 am to participate in the first mass, which took place in a festive atmosphere, with cries of joy. The priest insisted on “  the compulsory wearing of masks, hand washing, physical distancing inside the church  ”, adding that the recalcitrant ran the risk of being “  confined  ”.

The resumption of worship has also been observed in other towns such as Beni in North Kivu (east), in Kikwit (south-west), or Kisangani (north). The DRC has officially registered 9,676 cases of Covid-19, for 240 deaths since the declaration of the first cases on March 10, according to the latest official figures. The state of health emergency, declared on March 24 by President Félix Tshisekedi, was lifted on July 21.

► To read also: DRC: North Kivu becomes the third province most affected by the coronavirus

Banned as part of the measures taken to stem the Covid-19 pandemic in South Africa, the sale of alcohol and cigarettes has been authorized again since Monday, August 17.

Alcohol sales were banned in the country on March 27, when strict containment was decided in an attempt to stem the pandemic. The aim was to ease the pressure on hospitals, which no longer had to deal with alcohol-related illnesses and accidents. Tobacco had been banned because of the risks it poses to health, as well as the risk of contamination between smokers sharing cigarettes.

Government's response to curb the spread of the coronavirus #StaySafe https://t.co/S0ccICyrwH

The lifting comes after the number of daily contaminations fell to 5,000 last week, against more than 12,000 at the height of the crisis. "  Everything indicates that South Africa has reached a peak and that the curve (of infections) has reversed  ", added the head of state, Cyril Ramaphosa, while asking his fellow citizens not to lower the guard despite “  signs of hope  ”. The fifth most affected country in the world by the pandemic, South Africa has recorded 587,345 cases recorded to date.

South Africa has seen a drastic drop in the number of crimes, including sexual assault, during the first three of the lockdown, Police Minister Bheki Cele said. Between April and June, as the country went through strict containment to stop the spread of the pandemic, crimrds fell almost 40% from the same period last year. "  A 40.4% drop in rapes was observed during the three months  " rejoiced the minister.

Some restrictions put in place during the lockdown, such as banning the sale of alcohol, have paid off. The absence of alcohol has helped reduce the number of crimes. Bheki Cele added, however, that the number of burglaries targeting schools and liquor stores, deserted during confinement, had increased over the same period. South Africa remains to this day one of the countries with one of the highest crime rates in the world.

The Algerians found, Saturday, August 15, the pleasures of the beach and coffee, and the faithful their mosques, after five months of confinement because of the coronavirus. The largest mosques in Algeria welcome the faithful once again. However, the big Friday prayer will remain prohibited as long as the health situation is not fully mastered.

The reopening of places of worship will be limited, in a first phase, to mosques that can accommodate more than 1,000 believers. The places of worship were cleaned and disinfected, with the participation of many volunteers. In some mosques, the carpets have been removed. In others, they have been covered with plastic.

► (Re) listen: Coronavirus in Algeria: "worrying situation but not extremely serious" according to M Bekkat Berkani

DRC: North Kivu becomes the third province most affected by the coronavirus

Coronavirus in Algeria: "worrying situation but not extremely serious" according to M Bekkat Berkani