Corinne Olympios did not shy away from trying to seduce bachelor Nick Viall in front of TV cameras years ago. 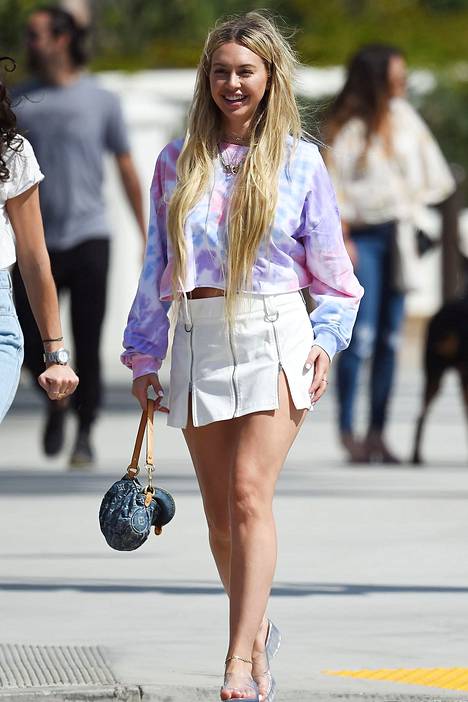 When Corinne Olympios participated in the American Boyfriend of Dreams series in 2016, she shook the world with her wild raptures. At the time, the 24-year-old beauty sought the heart of bachelor Nick Viall in the 21st season of the series.

Now 28-year-old, Olympios has opened up to a reversal of the heyday in an interview with Viall himself. He participated in the series Nick V Talks Trash TV: A Bachelor and His Exes Tell All, hosted by ex-bachelor.

Fans of the program remember Olympius for his aggressive attempts to seduce Viall. A dating scene has been remembered by many as Olympios extruded whipped cream on his bare side. He then asked Viall to lick the foam.

- I behaved like a psychopath, Olympios says in a recent interview.

- I was a completely different person at the time. I did just about anything to get your attention. Everyone around me was shocked, but I didn’t care because I got to spend time with you, he told Vial.

Later after the date, Olympios was so drunk that he slept past the rose ceremony.

Corinne Olympios believed that the events of the series would ruin her life.

According to Olympius, viewers saw only a small piece of what actually happened between the duo. Only the scariest scenes were left to the viewers.

- I was out of my mind because I know how good a wife I will one day be and how good a girlfriend I am. I felt like that side wasn’t shown at all. I just looked like bimbo.

The woman’s journey in the series was anything but rosy. Olympios reveals that when he finally fell, he lay for two days in his bed and was ashamed of what happened in the series. He thought his life would be over.

Afterwards, the life of Olympia has taken a whole new direction. She is currently happily in a relationship with her boyfriend Vincent Franton. Olympios is also creating a career as a stand-up comedian.

- I was a very emotional 24-year-old who just wanted to spend time with you. I was also pampered by a little mother-in-law, Olympios snarls.

A year after the outburst, Olyimpos participated in the Bachelor in Paradise program, which followed competitors familiar from previous episodes of Dream Boyfriend and Dream Boyfriend who are disappointed in their search for the love of their dreams.

At the time, filming for the season was interrupted as Olympios and DeMario Jackson took off their drunken clothes and were in close contact with each other by the pool. There is no exact information about the events shown in the footage.

The incident took a serious turn when Olympios said he was so drunk all day that there was hardly anything else to do. However, the investigation concluded that there was no detectable sexual abuse in the footage and Jackson was not charged with anything.