In the interview, Kimi Räikkönen was originally satisfied with Alfa Romeo's performance in the Spanish GP's time. 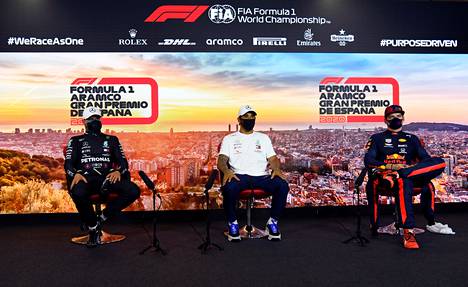 Kimi Räikkönen saw the upcoming success of the Barcelona GP in time compared to the performance of Alfa Romeo and the Finnish driver earlier this season.

For the first time this season, Räikkönen, 40, survived the first section of the time trials. In the end, Räikkönen drove himself to the 14th starting box.

Räikkönen's pace was clearly better than his Italian teammate Antonio Giovinazzi, who was left in the last starting box.

After the time trials, “Iceman” even became generous in the interview.

- The first positive day of the whole year, Räikkönen summed up in Core's broadcast.

- Sometimes it has been necessary to give the line in time, when different things have been tried and tried. On the other hand, it’s exactly the same whether you’re in the last or second last starting box. Today the car felt good, and we have found a little something that can be used to drive a car, Räikkönen pondered with satisfaction.

The Finn believed that the pace of Alfa Romeo could have been enough for even the last section of the time trials, ie the top ten.

- It's just a pity that in the end there were no new soft tires. It would have been a good opportunity to go through the last section today, but that's the way it is, Räikkönen decided.

Mercedes Valtteri Bottas, on the other hand, was a little frustrated at the press conference.

The Finn was the fastest in the first two sectors of the track, but at the end of the track Lewis Hamilton was able to pull to the pole position. Bottas was left in the second starting box with a difference of 0.059 seconds to his British teammate.

- I tried to pile up and got pretty close. Sectors one and two felt good, but the third sector of the track was problematic for me today. It improved as time trials progressed, but not enough. Lewis did a better job today, Bottas regretted.

- Sure, a little annoying for me, but I have to look at the big picture - again a front row place and a great performance from the stable.