This summer of 2020 is being the strangest of Queen Sofía, who since arriving in Mallorca on July 27 has remained practically cloistered in Marivent with her sister 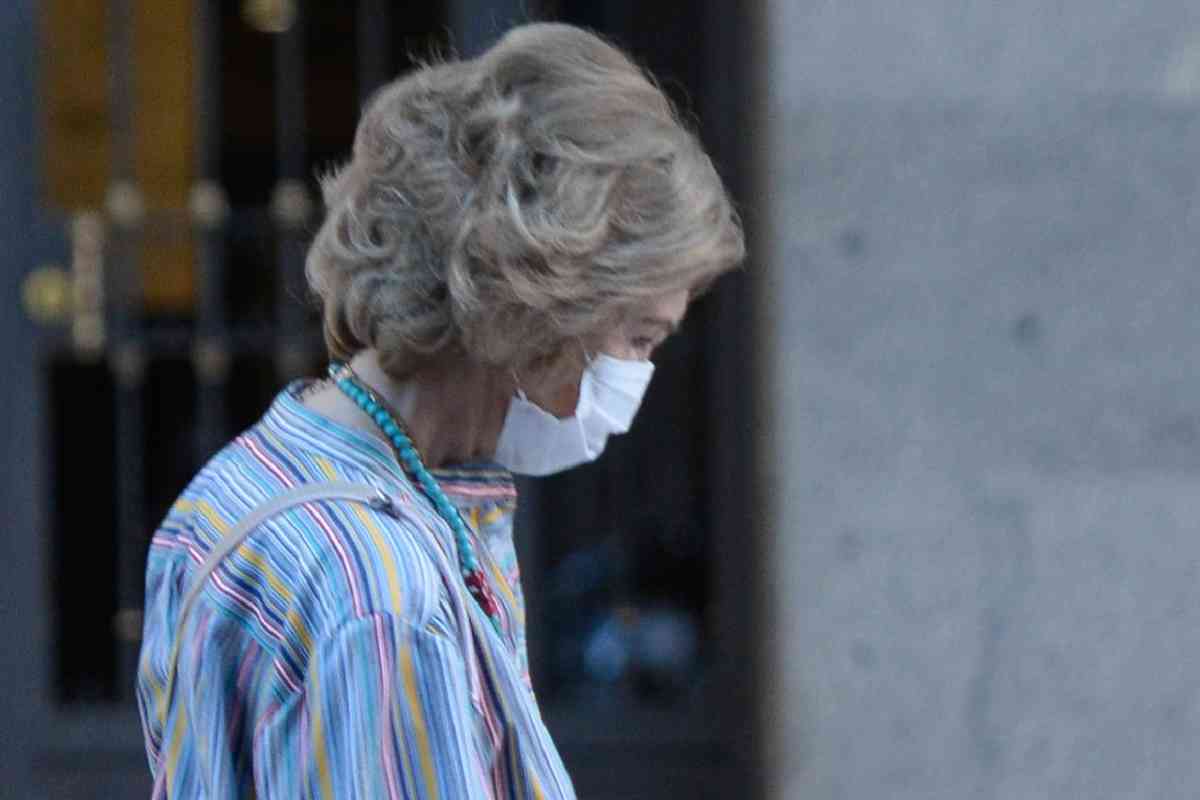 This summer of 2020 is being the strangest of Queen Sofía, who since arriving in Mallorca on July 27 has remained practically cloistered in Marivent with her sister Irene.

That is why this weekend their appearance is expected like May water, especially with their granddaughters Leonor and Sofía, since the Kings, who arrived on Friday August 7 on the island, end their stay next Tuesday and unlike Previous years, in which she was anxiously waiting to make plans, this summer she has not lavished them either. Yes we have seen them, the girls, in official acts around the island with their parents (the Infanta, with her right knee bandaged and walking with a crutch).

Nothing to do with the summer of 2019, when Doña Sofía, the day after her granddaughters arrived, took them to the Rívoli cinemas to see The Lion King , a plan to which Queen Letizia joined. It was Thursday and that weekend was also seen in the auditorium at four o'clock witnessing the ballet El Lago de los Cisnes ; at the Pollensa market and having dinner with Don Felipe in Ola de Mar. Likewise, the Queen Mother accompanied the Kings to the reception at La Almudaina, which this year has been suspended due to the coronavirus, such as the Copa del Rey de Vela and the perched on Marivent.

The only image of Queen Sofía in Palma, since she arrived on July 27.

Although the Monarchs are dedicating these vacations to work, it does not take away so they can combine it with some summer plan with their daughters and Doña Sofía. Whose ostracism, they say, has a lot to do with the departure of Don Juan Carlos from Spain, which, as they recognize in his environment, has deeply affected his wife, causing him great sadness.

It has been stated that their public absence may respond to a Zarzuela strategy so that the image of the Monarcas and their daughters is not related to the past represented by Juan Carlos and Sofía. Something difficult to sustain, since Doña Sofía is the most valued member of the Royal Family along with Don Felipe, she is still active in institutional life and has never been spattered by her husband's controversies . Even in the moments of greatest tension between the former monarch and Zarzuela, he has made a pineapple with Don Felipe, with whom he has always been flesh and blood, a closeness that he has extended to Doña Letizia out of affection for his son.

It was demonstrated in his proclamation in Congress, which Don Juan Carlos did not attend, but his mother did. Likewise, after the King Father's anger for not being invited to the 40-year anniversary of the democratic elections in June 2017, Don Juan Carlos was seen in Ireland that August with Marta Gayà, while Doña Sofía served as head of the family in Marivent with the Kings and their granddaughters.

I do not rule out that one day he will surprise us, pack his suitcase and leave too

In summer 2018, after the famous recording of Corinna came to light where she revealed to Commissioner Villarejo alleged commissions of the AVE to Mecca, which caused Don Juan Carlos not to participate in the regatta alleging a wrist injury, Doña Sofía was He saw almost daily with his daughter-in-law and granddaughters. She went with them to the Olivar market, to the Ara Malikian concert, to the Ola del Mar restaurant and with the Kings to the reception of La Almudaina.

The marriage of former Monarchs had smoothed over the rough edges lately, like many couples in their final stretch. Even last summer, Don Juan Carlos spent a few days in Marivent, which he had not done since he left the throne.

According to another close friend, "Doña Sofía can stay in Zarzuela near Don Felipe, but what life awaits her? Absolute solitude, because her children and grandchildren make her life, she has almost no friends, except her sister Irene, and each time she stars in fewer institutional events. I do not rule out that one day he will surprise us, pack his suitcase and also leave ".