Guitarist Janne Schaffer and singer Johan Boding will perform in Mörkö on several occasions this weekend. SVT participated in the first concert on Friday afternoon. 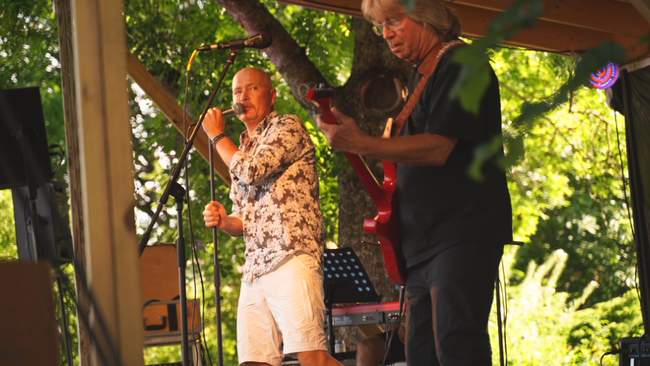 Janne Schaffer is a well-known guitarist who, among other things, played with Abba and produced albums with Electric banana bands. Johan Boding, who was born and raised in Södertälje, is recognized by many as a front figure at the tribute concerts to Queen. Both Schaffer and Boding toured on the show Sun, Wind and Water. They have been collaborating since 2006.

Between 7 and 9 August, Janne Schaffer and Johan Boding will perform on several occasions at Idala café in Mörkö. Due to the current corona pandemic, the concert is divided into six concerts to avoid congestion.