The second day of the emergency .. Lebanon searches for the missing persons of the explosion, raises the rubble and an upcoming visit to Macron

Al-Jazeera correspondent stated that the army and civil defense are searching the sea for the missing due to the huge explosion that shook Beirut port, and the explosions are being raised in the streets, and it is expected that the French President will visit Beirut today. The Al-Jazeera correspondent in Beirut stated that the army and civil defense are searching at sea for the missing due to the huge explosion that shook the port of the Lebanese capital, and left in an endless toll 137 dead and nearly 5 thousand wounded and 300 thousand people among the displaced, while the Beirut municipality teams and the relief agency help citizens to Removing the rubble from the streets. On the other hand, French President Emmanuel Macron is expected to visit Beirut today and meet a number of officials.

Al-Jazeera correspondent Ihab Al-Okdah added that the Lebanese authorities are searching for unknown numbers of missing persons after the explosion of the port, especially that many Lebanese are publishing calls through the communication sites to search for their missing relatives.

Health Minister Hassan Hamad said that there are still dozens missing due to the explosion, which is likely to increase the number of deaths, adding that the explosion wave threw some victims at sea.

Reuters reported that relatives of the missing gathered at the ring surrounding Beirut port, looking to obtain information about their relatives, and many of the dead were employees of the port and customs, or people working in the area or were passing their cars during the explosion, which has never been seen in the Lebanese capital.

Al-Jazeera correspondent added that foreign rescue teams are assisting the Lebanese authorities in recovering the victims from the explosion area.

Lifting the rubble
on the other hand, it initiated the owners of various companies and institutions in the neighborhood of Ashrafieh , near the port of Beirut today to remove large amounts of debris and remnants of the explosion.

The explosion caused severe damage to public and private property in the port and its surroundings, and the Ministry of Energy announced that total damage had been done to the central building of the EDL.

For his part, Economy Minister Raoul Neama confirmed that the wheat silo in the port was destroyed in the explosion, stressing that the country's grain reserves are sufficient for less than a month, and that the government is looking for additional storage spaces.

Before and after SkySat imagery shows the impact of yesterday's explosion in Beirut.

The government decided to impose a state of emergency in Beirut for a period of two weeks, and Information Minister Manal Abdel Samad said, "The Supreme Military Authority immediately takes over the authority to maintain security, and all the armed forces are at their disposal" for two weeks.

The investigation committee
The government also decided to form an administrative investigation committee to reveal the causes of the explosion, provided that it raises the results of its work within 5 days at the latest, and requested the military authority to impose house arrest on all those responsible for storing ammonium nitrate since 2014 until the date of the explosion.

Lebanese President Michel Aoun said in a speech he delivered after an exceptional session of the cabinet held yesterday at the Presidential Palace that everyone is determined to proceed with the investigations, reveal the circumstances of what happened as soon as possible, and hold the officials and minors accountable, and stressed that the results of the investigations will be announced transparently.

Lebanese Prime Minister Hassan Diab chaired the first meeting of the Administrative Inquiry Committee set up by the government to manage the investigation into the causes of the explosion at Beirut Port.

The government mandated the army to conduct an immediate and comprehensive survey of the affected places, and to establish 4 field hospitals, as the Supreme Defense Council announced the opening of schools to accommodate the homeless, and recommended contact with all countries and their embassies to secure the necessary aid and donations.

The Lebanese government decided to pay compensation to the families of the dead and imposed house arrest on those responsible for storing ammonium nitrate at Beirut Port since 2014, and ordered the formation of an administrative investigation committee to uncover the causes of the explosion and raise the results within 5 days.

Lebanese media had circulated a letter dating back to 2017 from the Director General of Customs to the Judge of Urgent Matters in Lebanon.

The letter asked to determine the fate of quantities of ammonium nitrate present in warehouse No. 12 inside the port of Beirut after its confiscation from a ship bearing the name "Roussus" in 2014, and the letter shows numbers and dates of previous correspondence submitted since 2014 in the same matter.

On the other hand, the World Health Organization said that 3 hospitals were stopped in Beirut due to the explosion of the port of the capital, while two hospitals are working partly, and the organization stressed that the medical facilities no longer absorb the numbers of the wounded of the explosion.

Macron's visit
French President Emmanuel Macron is expected to arrive today in Beirut, which has been declared a disaster-stricken city by the devastating explosion, making Macron the first head of state to visit Lebanon after Tuesday's disaster.

The French president is scheduled to visit the disaster site and meet Lebanese officials, headed by President Aoun and Prime Minister Hassan Diab, before he holds a press conference at 3:30 GMT and then returns to his country.

Paris has sent 3 planes loaded with humanitarian aid to Lebanon.

In terms of foreign aid to Lebanon also, the State of Qatar has sent 4 aircraft to Lebanon carrying aid and two fully equipped field hospitals, each with a capacity of 500 beds, within an air bridge in implementation of the directives of the Emir of the State of Qatar, Sheikh Tamim bin Hamad Al Thani.

Continuous Aid
The Algerian Presidency reported that President Abdel Majid Taboun directed to provide immediate assistance to Lebanon following the explosion of Beirut Port, after a phone call to his Lebanese counterpart.

A statement of the Algerian presidency said that 4 planes are preparing to take off towards Beirut with medical crews, medical materials, medicines and civil protection personnel specializing in search and rescue, in addition to foodstuffs, tents and blankets. Also, an Algerian ship will sail shipments of construction materials to help rebuild and reconstruct what Destroyed by the explosion.

Al-Jazeera correspondent in Turkey stated that the Turkish Red Crescent, in coordination with the Turkish Emergency and Disasters Authority, has sent experts in the field of emergency aid, search and rescue, in addition to medical, humanitarian and food aid to Lebanon.

The King of Jordan, Abdullah II, asked his government to equip a field military hospital to send to Lebanon, which includes all medical specialties and teams, to participate in providing medical services for the wounded in the Beirut explosion.

In Palestine, the municipality of Khan Yunis in the Gaza Strip organized, in cooperation with the Palestine Red Crescent Society, a solidarity pause and a blood donation campaign for the wounded of the Beirut port explosion. 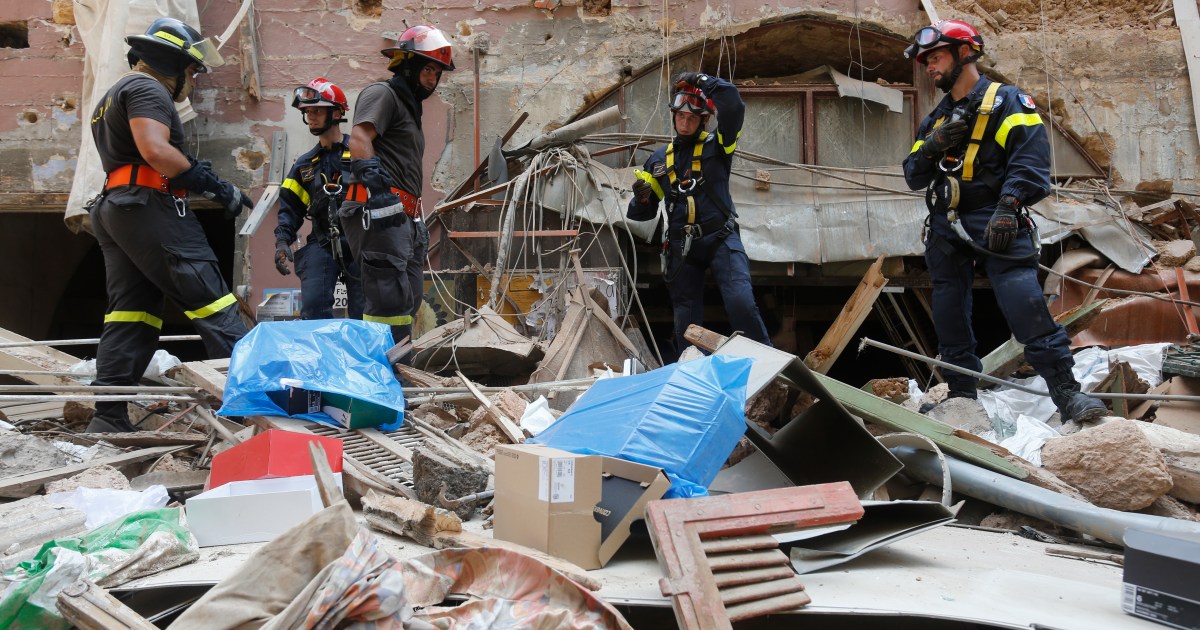 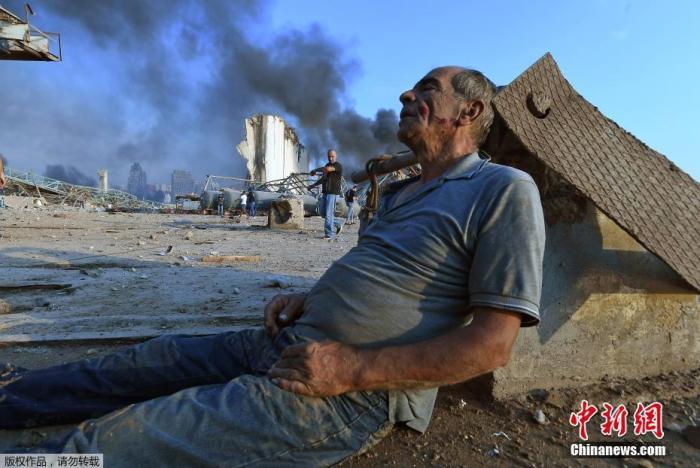 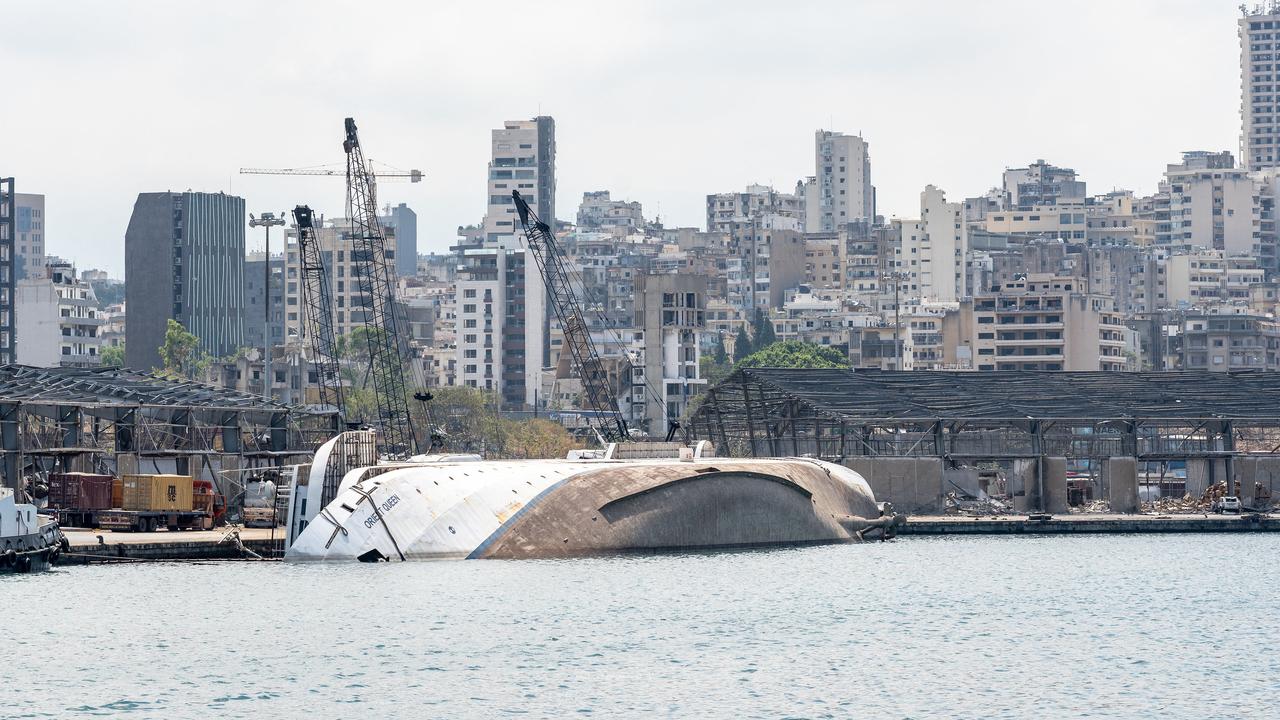 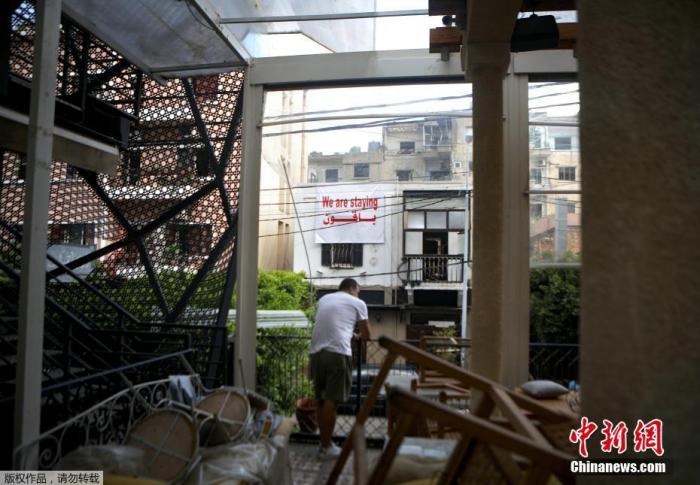 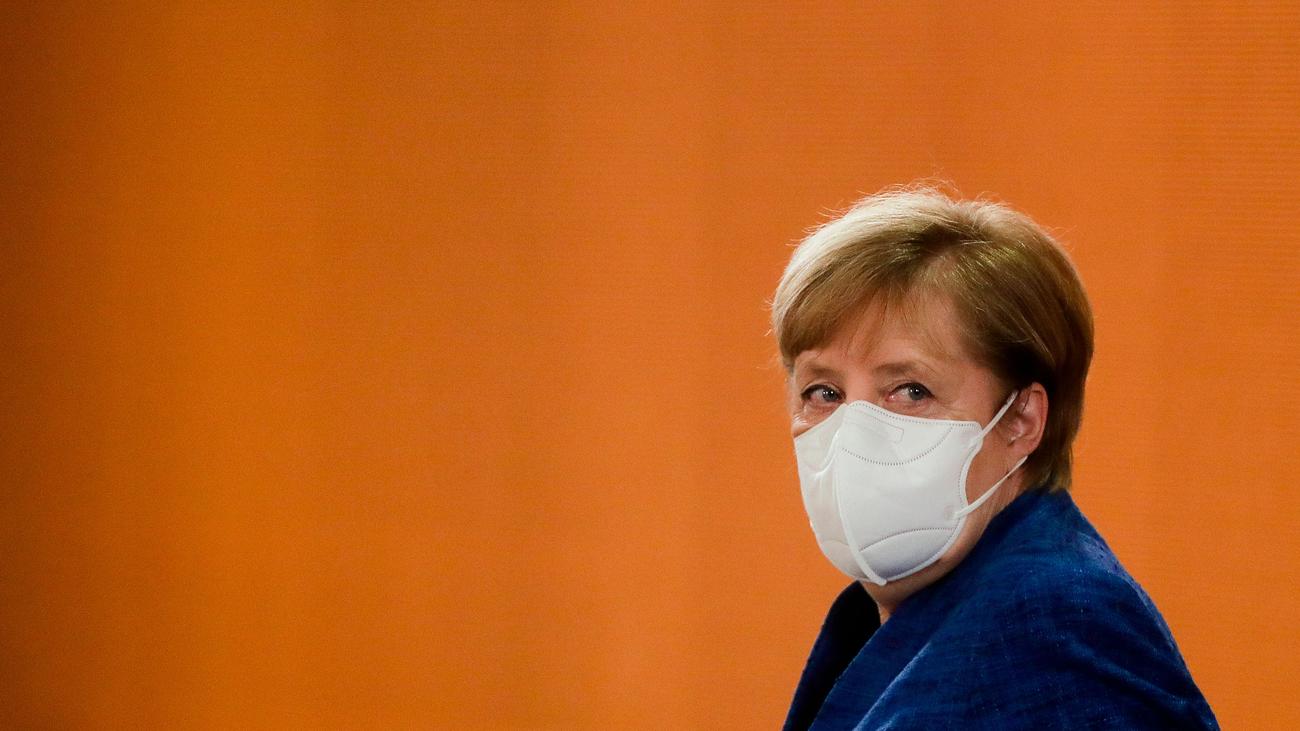 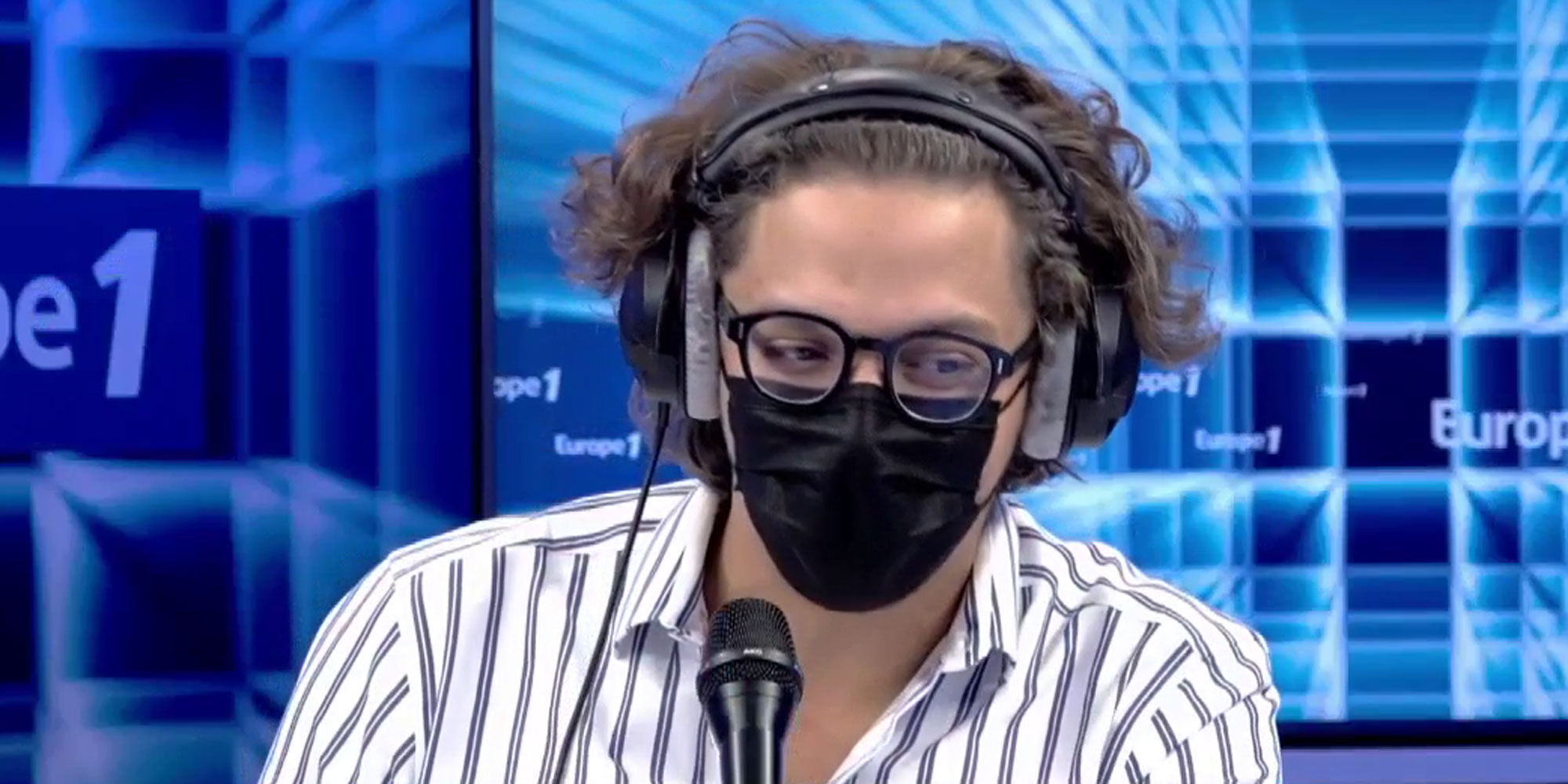 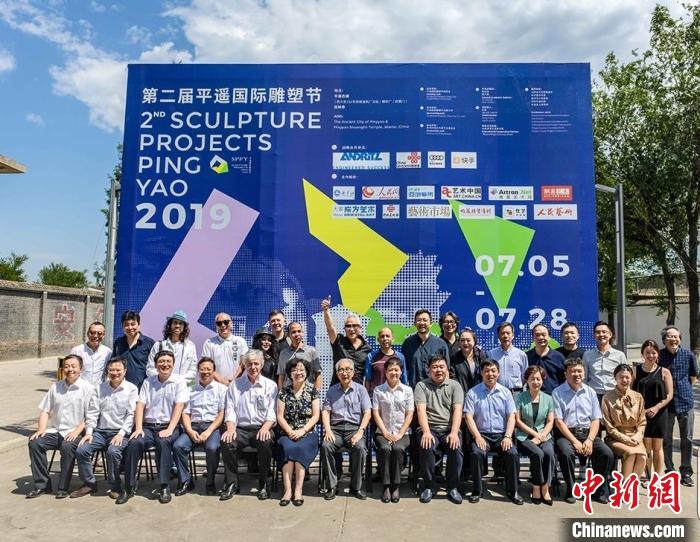