Video- From a landfill to an outlet for families, this is how an Iraqi young man breaks the isolation of Corona

The families of a neighborhood in the southern city of Basra found an outlet for their children and an open place for hiking in the context of public isolation measures to prevent an outbreak of the Corona virus, after a young man turned a deserted plot of land near his home into a public park. 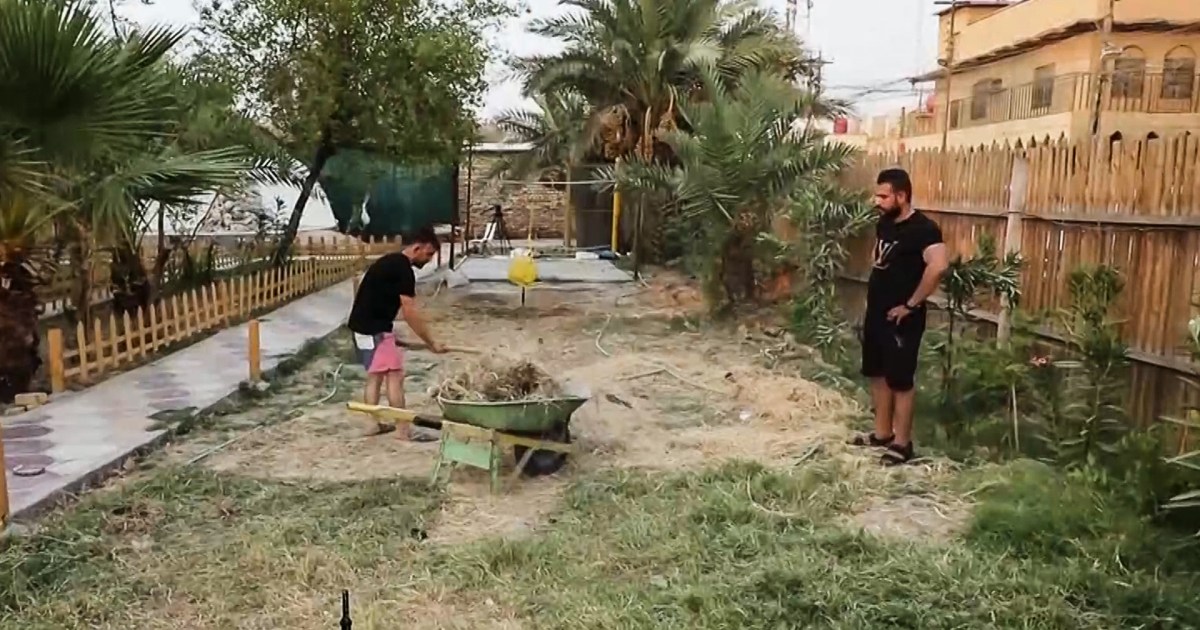 The families of a neighborhood in the southern city of Basra found an outlet for their children and an open place for hiking in light of the general isolation measures to prevent the spread of the Corona virus.

The contractor and dog breeder Samer Sami Thamer, after being forced to stay in his house due to public isolation procedures, volunteered to clean an abandoned plot of land near his house and turn it into a public park.

With the help of his family, friends and neighbors, Thamer removed the waste and planted the land. On the Eid al-Adha holiday, the Basra children enjoyed their time outdoors instead of staying in their homes.

The idea of ​​the project stemmed not only from Thamir’s desire to establish a public park, but also from his passion for dogs, as his hobby is raising dogs for whom he built houses in the garden.

"My love for animals mainly motivated me to do this, since my childhood I have been fond of raising animals," Thamer said. "I love this hobby so I try to establish a good relationship between me and the animals. Dogs have a good advantage, which is the loyalty that we currently lack."

"I was sad and upset to spend my time at home because of the curfew, so I came here to enjoy. It is the first time I have come here," said 11-year-old Abdel-Rahman Mohammed, who came to hike in the park, which was a former garbage dump.