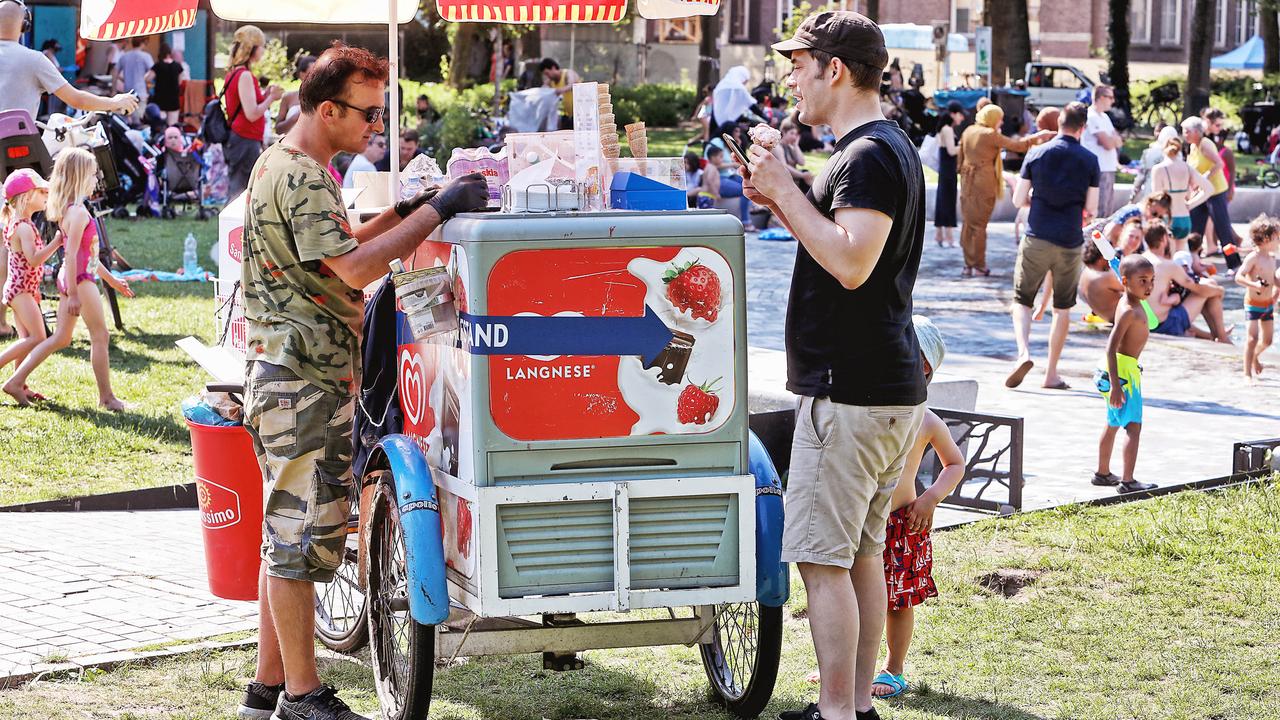 Number of new corona infections (2,588) nearly doubled
2,588 people in the Netherlands tested positive for the corona virus in the past week, the RIVM reports. That is 1,259 more than the 1,329 positive test results reported last week, while fewer were tested.

Regional heat wave on the way
Temperatures in the Netherlands will rise again from Wednesday. That is a harbinger of tropical temperatures and a heat wave in the south of the country.

See also: Rutte and De Jonge will give a press conference on Thursday about the rise in corona figures

Missing sailors discovered thanks to SOS in sand
On the small island of Pikelot in the Pacific, three missing sailors were found in good health on Sunday. They had written in large letters "SOS" in the sand and that message was noticed by Australian and American planes.

See also: Missing sailors discovered on Pacific island thanks to SOS in sand

UK Stops 'Racist' Algorithm
The UK Home Office has agreed to stop using an algorithm that helps make decisions about visa applications. The algorithm has been accused of "deep-seated racism".

Oxygen cylinder exploded due to fire in Flushing apartment

According to an investigation by the police and fire brigade, an oxygen cylinder exploded last Thursday due to the fire in an apartment on the Hogeweg in Vlissingen. The blast killed a 64-year-old resident.

A man stole a car from a postal delivery person in Tilburg on Monday evening and drove it directly into a tree. As he drove off, the man scuffed the mail deliverer, who was slightly injured. (Photo: Pro Shots)

Benelux: The temperature will also rise sharply in the rest of the Benelux in the coming days. Due to a high pressure area above the south of Scandinavia, we have to deal with a lot of sun. In the south of the Benelux it can reach 30 to 32 degrees. The Northern Netherlands has to do with 'only' 25 to 27 degrees.

Germany: In the south of Germany there are still many cloud fields on Wednesday, so it does not get warmer than about 18 to 21 degrees. Temperatures are rising in the rest of the country due to a high-pressure area above Scandinavia. It can get 27 degrees in the north in the afternoon.

Norway: The weather will remain changeable in Norway in the coming days. On Wednesday mainly in the south there will be a splash of rain. The midday temperature ranges from 10 degrees in cloudy areas to locally 18 degrees where the sun shines longer.

France: It will be very hot in France on Wednesday. In most places it gets around 30 degrees, in the south of the country it can even reach 34 degrees. Only the northwest of France is slightly affected by some clouds.

Italy: The heavy thunderstorms of the past few days will disappear from Wednesday and will not return for the time being. However, this does not mean that it will remain dry everywhere, because the southern half in particular may still be affected by (local) rain and thunderstorms. The temperature is between 23 and 28 degrees.

Are you staying at home or going on holiday in your own country? Later this afternoon and in the evening it will remain sunny and cloudy. It stays dry in most places.