Coffee protects you from diabetes and fights the rumen

Coffee gives us many health benefits, which include and are not limited to the health of the liver, brain, pancreas and brain, so what is the rest? 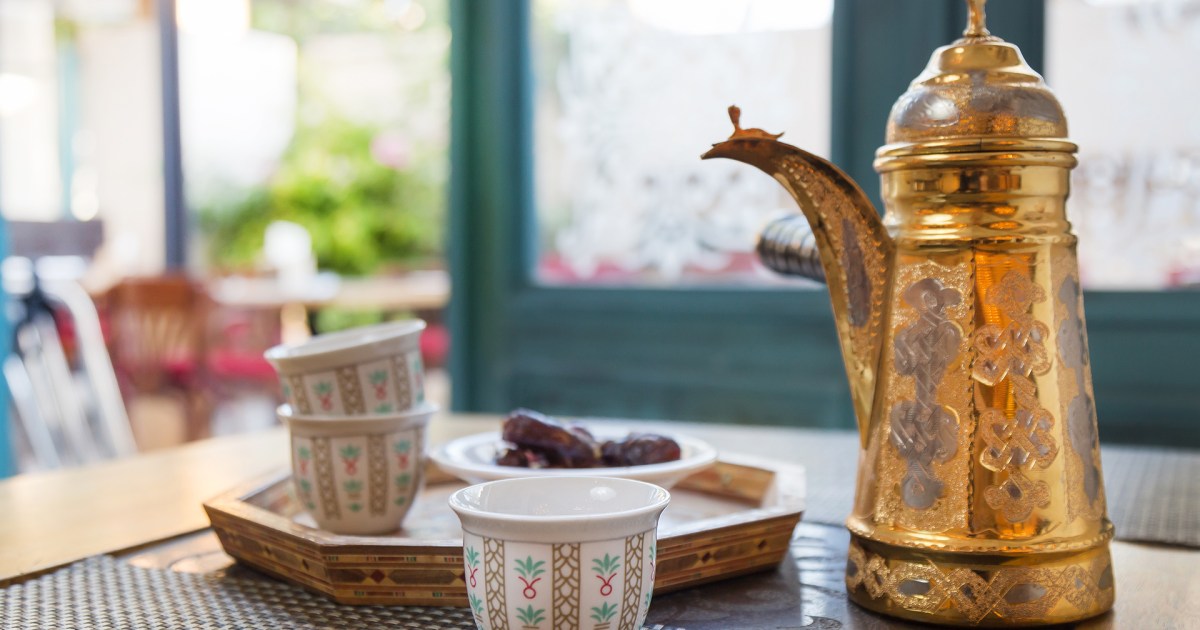 Coffee gives us many health benefits, which include and are not limited to the health of the liver, brain, pancreas and brain, so what is the rest?

Coffee is one of the most popular drinks in the world, and it contains caffeine and antioxidants, and it is drunk in many ways that differ from country to country. On the occasion of the blessed Eid Al-Adha, we offer here 14 coffee benefits:

1- Helping to burn fat and grease and thus fight belly fat (rumen), due also to caffeine, which can boost your metabolic rate. Studies show that caffeine can particularly increase fat burning by up to 10% in obese people.

2- Increasing life expectancy and reducing the risk of premature death, and hence living longer, according to the Johns Hopkins Medicine website.

4- Improving energy levels and reducing the feeling of fatigue, and this is the result of the caffeine found in it, which after drinking coffee is absorbed and transported to the blood as it travels to the brain, and there prevents caffeine the adenosine inhibitory neurotransmitter, which leads to an increase in the amount of other neurotransmitters such as noraphenrine (norepinephrine) and dopamine, thereby enhancing neuronal action.

6- Improving physical performance by increasing adrenaline levels, a hormone that prepares the body for physical exertion.

7- Protecting the liver from cirrhosis.

8- Reducing the risk of liver cancer.

9- Reducing the risk of colorectal cancer.

10- Reducing the risk of heart failure, as drinking one or two cups of coffee a day may help prevent heart failure, a condition in which the heart is having difficulty pumping enough blood into the body.

11- Reducing the risk of developing Parkinson's disease (Parkinson's), a neurological disease that occurs when the brain cells do not produce an adequate amount of the chemical dopamine, and leads to movement problems such as shivering and the inability to coordinate movements.

12- Protecting DNA from breakage, which is a natural occurrence but can lead to cancer if it is not repaired by the body.

13- Reducing the risk of Alzheimer's disease, according to the Johns Hopkins Medicine website, researchers found that women age 65 and over who drink two to three cups of coffee a day are less likely to develop dementia in general.

14- Reducing the risk of stroke.

On the other hand, excessive consumption of coffee may lead to negative consequences, such as:

5- According to the Mayo Clinic website, coffee can raise blood pressure temporarily.

How much coffee is allowed for benefits and avoiding negatives?

It is safe to drink 3 to 5 cups of coffee per day, so that a person's intake of caffeine does not exceed 400 milligrams per day.

The caffeine content may vary depending on the type of coffee and the way it is prepared. For example, a cup (30 milliliters) of concentrated coffee and boiled coffee - such as Turkish coffee and espresso coffee - may contain between 40 and 75 milligrams or more of caffeine.

How to drink coffee in a healthy way?

1- Generally, it does not exceed four cups of coffee per day, or 400 milligrams of caffeine, with the need to calculate caffeine from sources other than coffee, such as tea and cola drinks.

2- Do not add sugar to the coffee.

4- Do not drink coffee - or any drinks - at a very high temperature (i.e. more than 65 ° C), as this may be associated with an increased risk of esophageal cancer, and may also cause burns, according to the Havard Health website.

6- If you suffer from side effects such as heartburn, nervousness or insomnia, try to reduce coffee.