Financial crisis, poverty and scarcity: what is happening in Lebanon?

Lebanon is currently going through the worst economic crisis in its history. This week, the French Foreign Minister, Jean-Yves Le Drian, went there to demand reforms in the country in exchange for financial support. Back to the story of a long-simmering stagnation. 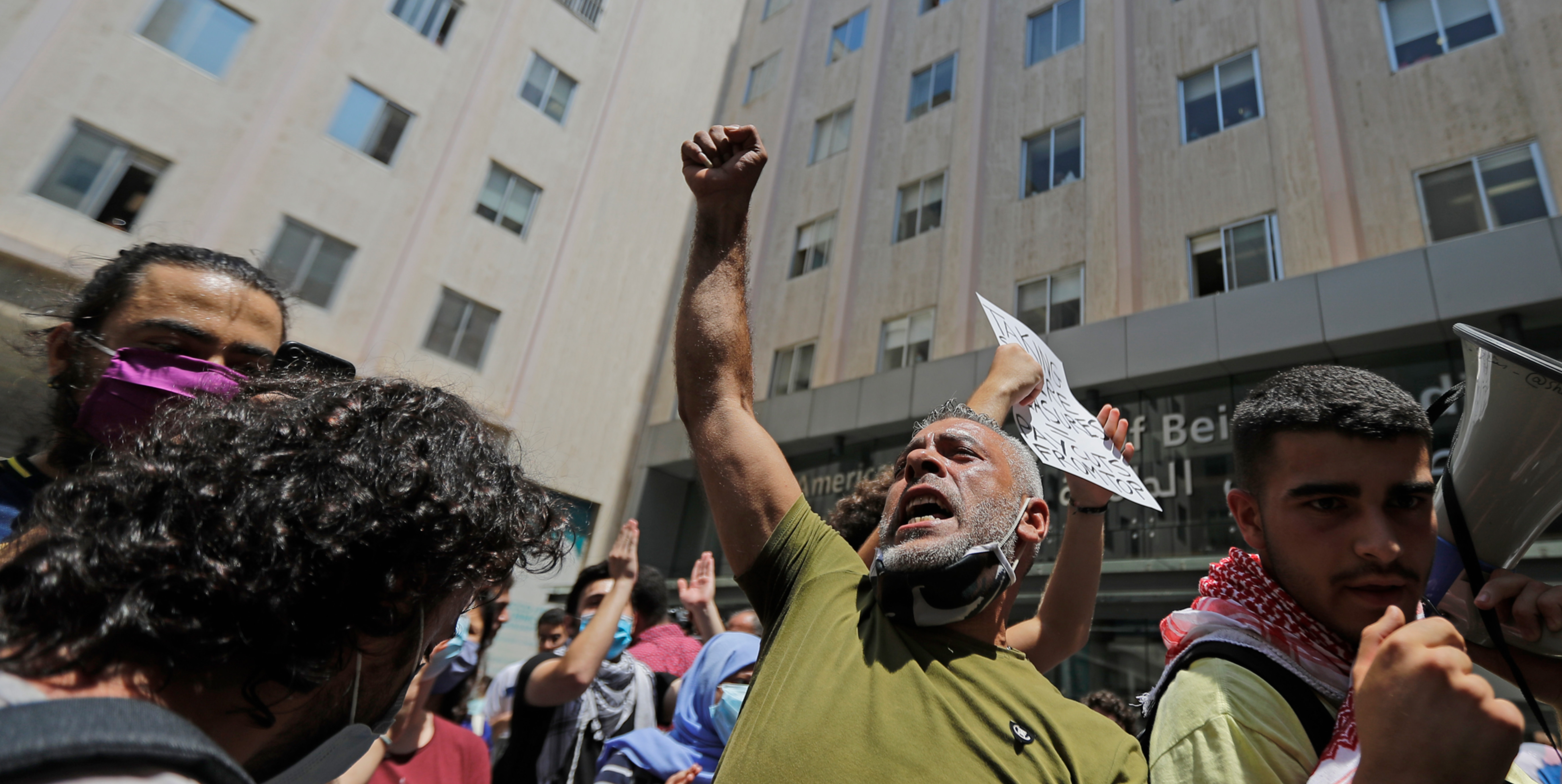 Lebanon is currently going through the worst economic crisis in its history. This week, the French Foreign Minister, Jean-Yves Le Drian, went there to demand reforms in the country in exchange for financial support. Back to the story of a long-simmering stagnation.

In a dark street, a motorcyclist armed with a knife appears in front of a passer-by and demands ... money or food. This is a scene which, according to a Lebanese security source, has been recurring regularly in recent days in Lebanon. The country, which is going through the worst economic crisis in its history, is seeing its population become poorer at high speed. Visiting for two days this weekend, the French Foreign Minister, Jean-Yves Le Drian, once again encouraged Beirut to undertake the reforms essential to its modernization, a sine qua non condition for international financial assistance.

What exactly is going on in Lebanon?

Lebanon has been experiencing a real economic collapse for almost a year, which can be explained primarily by a crisis in the financial sector. After having for a long time attracted foreign capital (in particular from the Lebanese diaspora) thus granting itself the nickname of "Switzerland of the Middle East", the country saw the system seize up. Geopolitical tensions in the region have discouraged investors. Result: Lebanese banks, seeing the reserves of the Central Bank melting, limited the transfers and withdrawals of money. This therefore deprives many savers of access to their money.

At the same time, the value of the Lebanese pound plummeted, losing more than 85%. Beirut is now in default, with a total debt of 90 billion dollars. And the coronavirus crisis has obviously not helped anything.

What consequences for the Lebanese?

This has very concrete consequences on the daily life of the Lebanese. "The price of bread has increased by 50 to 70%, many products, especially imported, no longer exist such as drugs or tobacco", testifies Camille, a resident, at the microphone of Europe 1. "Nothing is going anymore . The country has collapsed like a house of cards. "

Today, 45% of the population lives below the poverty line and more than 35% of the working population are unemployed. According to a security source, Lebanon has been recording for several weeks a "new type of theft" which concerns "children's milk, food products and medicines". Significantly, "more than one victim" reported that the attacker "apologized at the time of the theft," the source added to AFP.

Another consequence: the exodus. Lebanese are leaving Beirut to cultivate food in the land and thus find something to eat. "We are in a situation where the crisis is very poorly managed by the government and I think that in a short time, we will have to face a situation of pseudo-famine", explains Salim Zwein, a Lebanese agricultural engineer who created a Facebook group to encourage fellow countrymen to get into farming. "Lebanon enjoys a climate between tropical and southern. You can cultivate anything."

In October, an unprecedented uprising took place against the entire political class, accused of corruption and incompetence.

Why is this also a political crisis?

The link between economics and politics is close. To get by, Beirut must release new money from its international donors, such as France for example, but also the IMF, with which ongoing negotiations have been interrupted. However, the latter only agree to put their hand in the wallet if the country undertakes far-reaching reforms so as not to fall back into its failings. Fight against corruption, transparency, cuts in public spending, modernization of infrastructure: for two years and the CEDRE conference for the development of Lebanon, the international community has been waiting for profound changes that will not come.

"These reforms, the Lebanese have also been waiting for more than a decade and they never happen because those to whom they are asked block them", analyzes Samy Nadère, economist. The arrival of a new government in January has, in fact, changed nothing. Plagued by corruption and patronage, the Lebanese political system cannot cope. "The political parties involved are financed by the State, it is a squandering of public money", adds Samy Nadère. And the Lebanese banks, included in the negotiation, refuse to absorb the losses and therefore block a large part of the process.

What does France say?

In this very difficult context, Jean-Yves Le Drian came both to bang his fist on the table and to assure Beirut of French solidarity. "Help us to help you!", Declared the Minister of Foreign Affairs on Wednesday. "Today there is a risk of collapse. The Lebanese authorities need to pull themselves together and I allow myself to say here to our Lebanese friends: 'Really we are ready to help you but help us to help you, damn it !'"

"These reforms are not there. We know what to do about transparency, electricity regulation, the fight against corruption, the reform of the financial and banking system. But nothing is happening!" , lamented Jean-Yves Le Drian, saying he was "very worried" about the situation in the country. Friday, the head of French diplomacy estimated that the French "demands" had been heard. 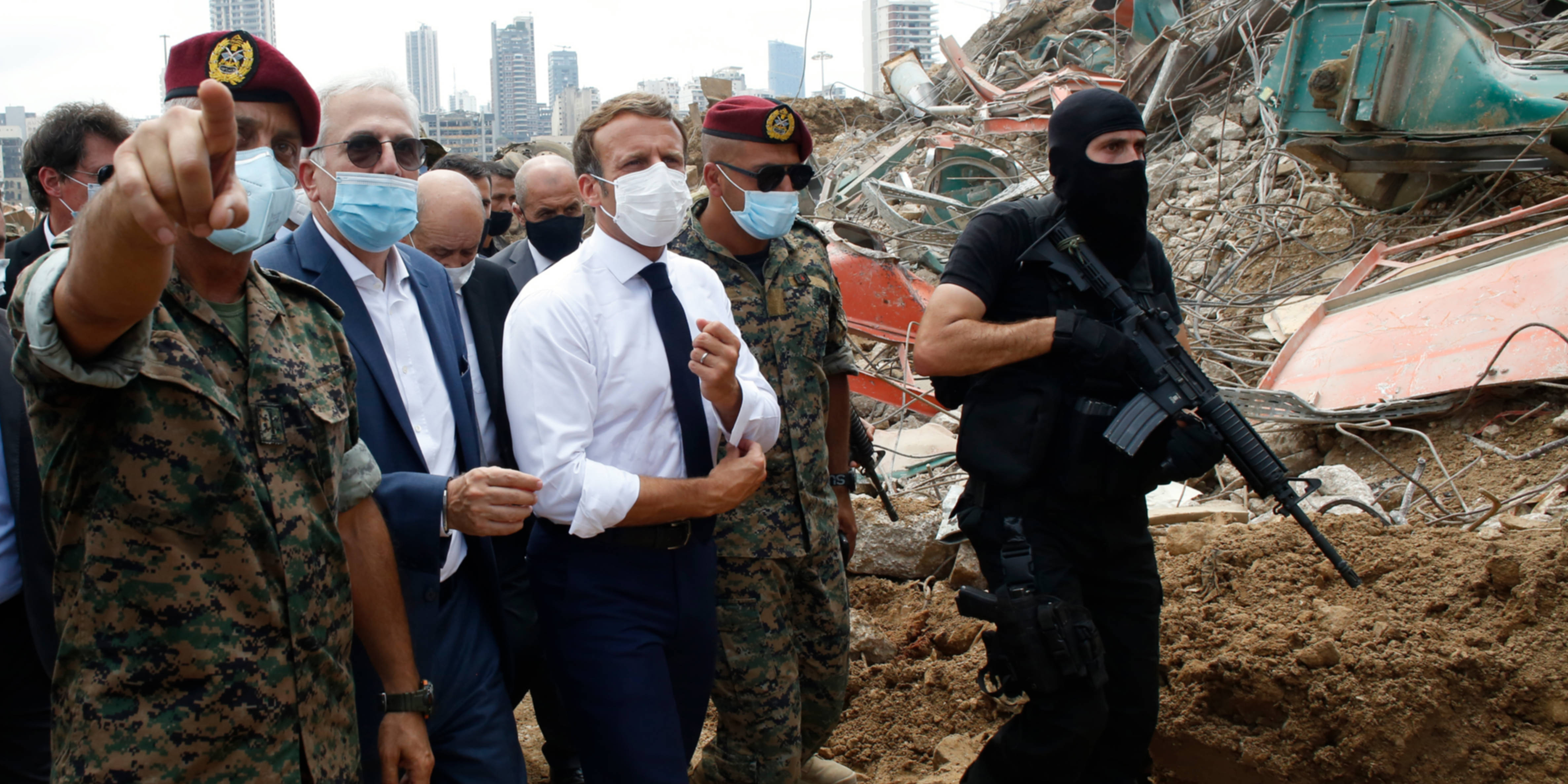 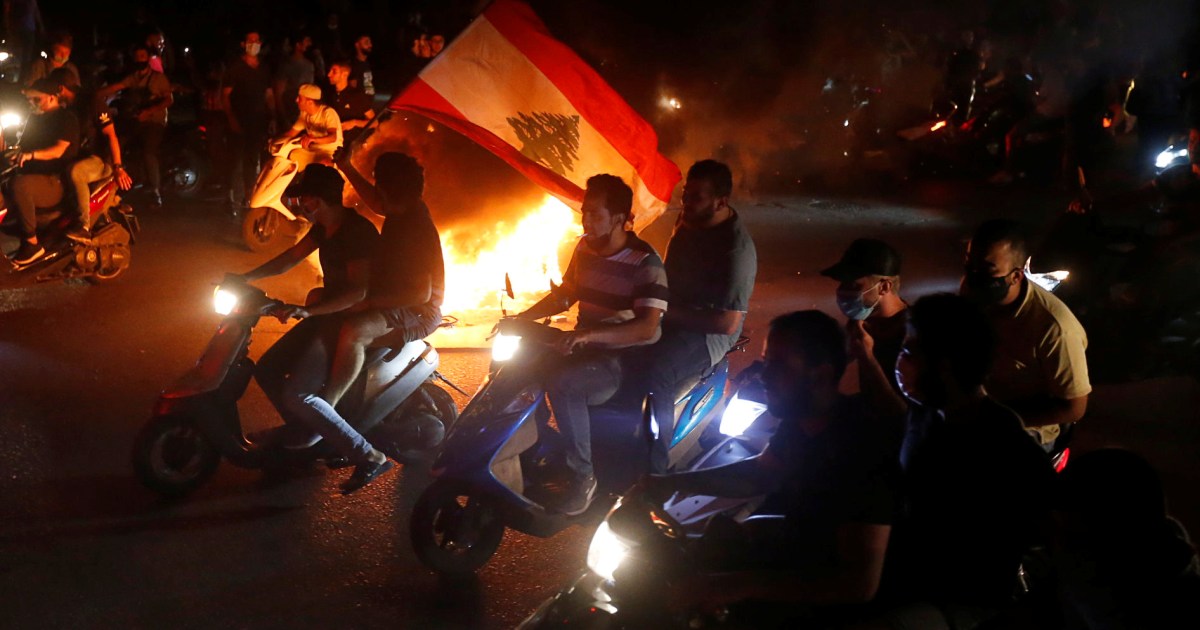 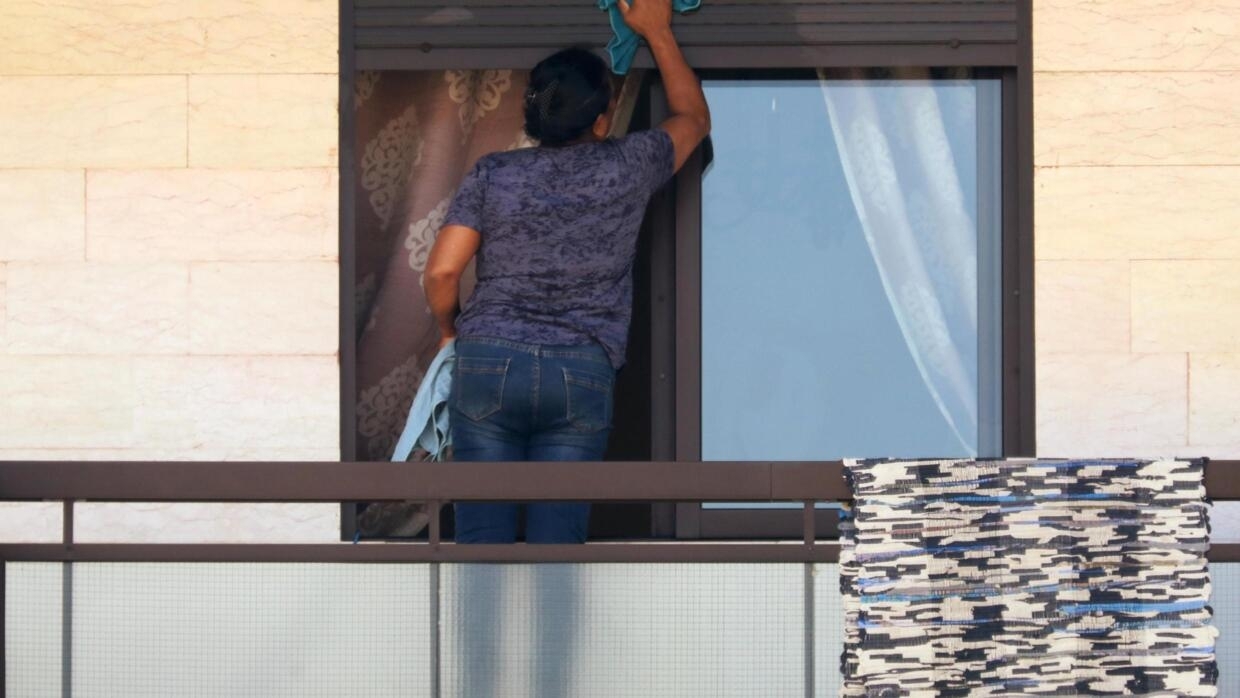 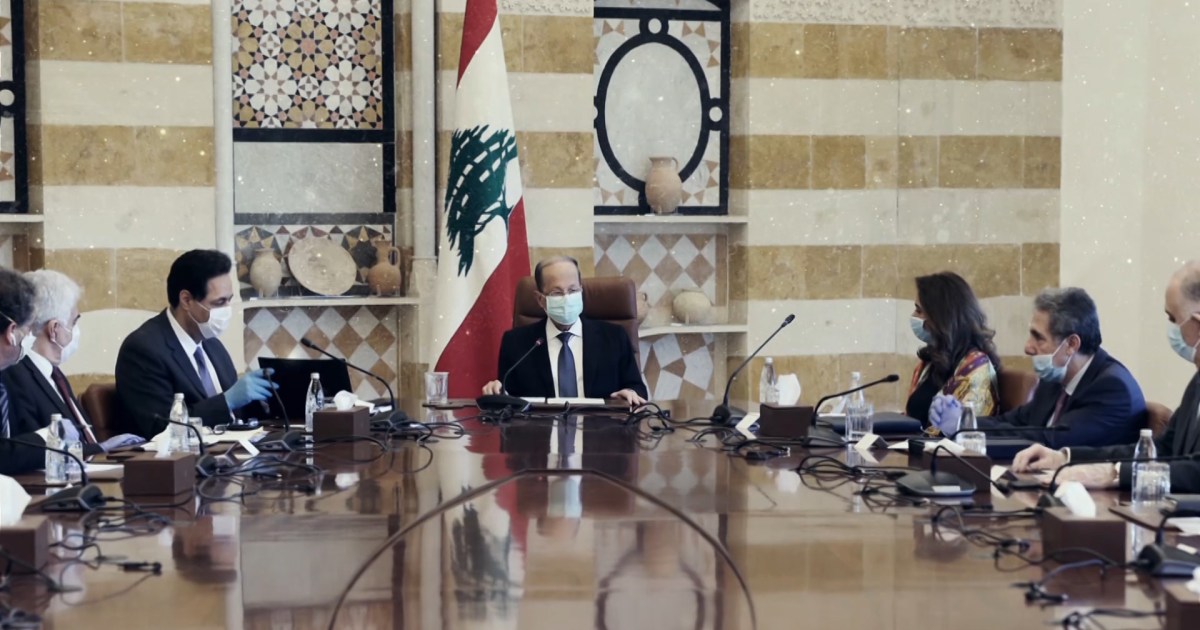 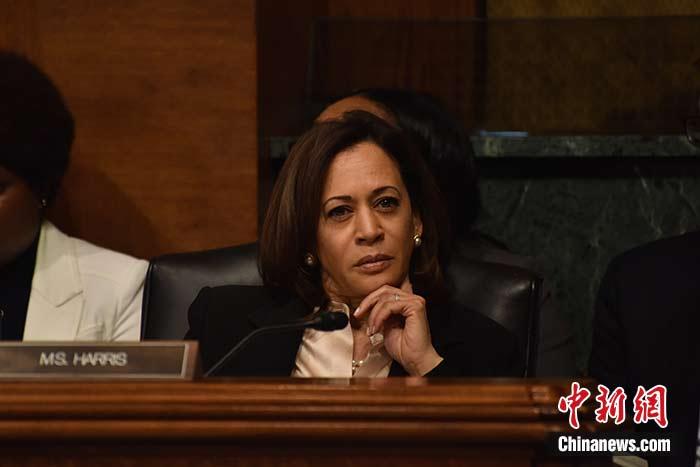 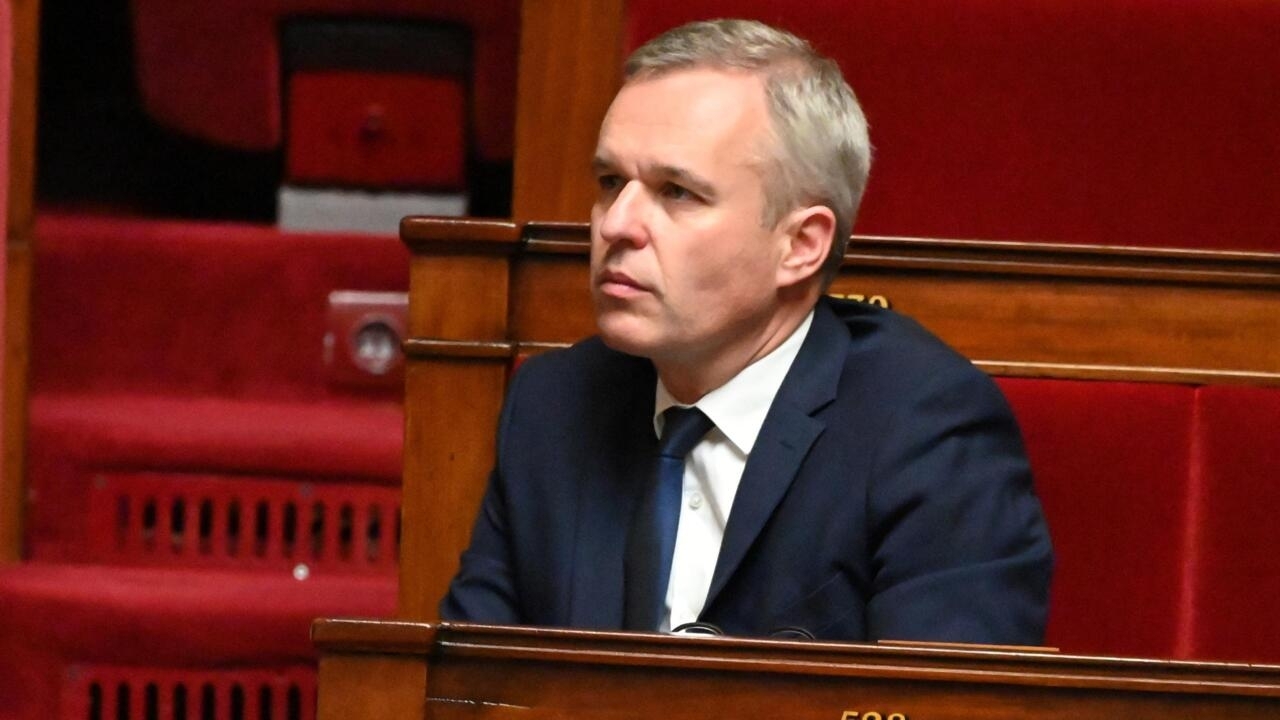