The king's son, Prince John, was sent away from home because of his epilepsy. The young prince's life ended in hiding at the age of only 13. 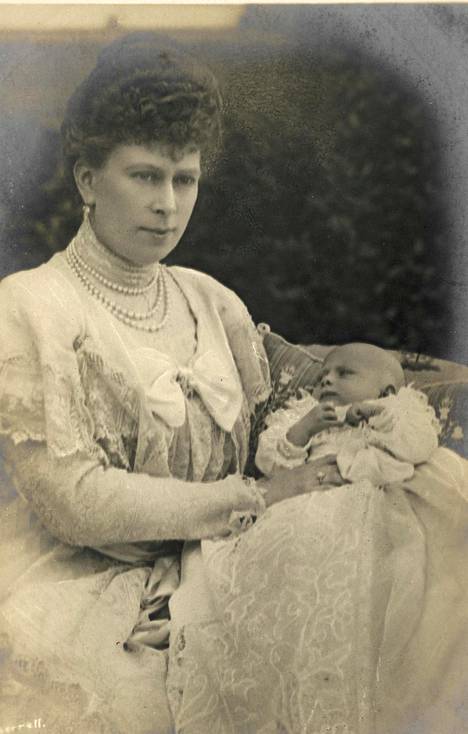 On July 12, 1905, a wealthy boy with plump cheeks and a charming appearance was born in the British court. That potra son was born into the family of a future king: at that time, however, George V was still five years away from the throne, and he was known as the Prince of Wales. John's mother was the Princess of Wales, the future Queen Mary.

Parents could not have been happier with their pit born in the most beautiful moment of midsummer. The son was the fifth in the family and the sixth in the order of succession. He was preceded, of course, by his father, the son of the reigning King Edward VII, as well as four fast-paced big brothers, one of whom was George VI, the father of the current Queen Elizabeth. The family also had a big sister, Mary, but as a woman, she had no chance of getting a crown at the time.

In August, the child was baptized at Sandringham Manor, owned by the royal family, in the same place where he had been born. The official name was declared John Charles Francis, but the pit soon got the pampering name Johnny among the family.

The following years were the happiest. The huge expanses of Sandringham Manor often echoed the cheers of the children of the family as they roared on the lawn. The future king had taken time for his family, and he is told “with his gods his wife and happily sat in the garden while the youngest of the family slept in chariots in the shade of the castle”.

However, everything changed like a stealth. The closer John had become by the age of four, the more he seemed to be in his own worlds, and he was reluctant to obey the rules. Perhaps most worrying, though, was that John didn’t seem to be embracing new things at the same pace as the others. He was described as even painfully slow to learn.

At the age of four, John got his first scene. It was an epileptic seizure that totally frightened the family. Epilepsy has historically been a poorly known disease that was still classified as a psychiatric illness in the 1950s. John's illness was thus, needless to say, a catastrophe thought to be destroying the reputation of the royal family as a pure-blooded ruling family.

On top of all that, John had serious traits of some kind of developmental disorder, probably autism. A deep concern for the future landed inside the family.

King George V and Queen Mary in a portrait taken after their coronation.

Much more changed. At the same time that John began to suffer from recurrent seizures, his father became the death of British ruler Edward VII. With this, the children of the family received official titles, and John became His Royal Highness, Prince John.

The coronation of King George VI and Queen Mary was celebrated on June 22, 1911. The event was significant, but 5-year-old Prince John was not allowed to attend. In retrospect, the reason has been judged to be shame and a deep fear in the family that their credibility as new rulers would be hit by the little prince in places of deviant behavior - let alone if he had had an epileptic seizure in a public place.

The king and queen themselves argued that participation would have been far too great a risk to the little boy’s health.

Prince John, who died at the age of 13, was the uncle of the current Queen Elizabeth.

After the coronation, John was occasionally seen representing his family. However, John's illness was visibly concealed, and not a word was told to anyone outside. Everyone hoped the scenes would diminish over time and there would be no need to return to the subject.

Sometimes John even received special treatment because of his exceptionality. If the busy parents had time, they sensitively gave attention to John, for he seemed to need it more than the others. However, he was not sent to school. The Times succinctly reported that Prince George, a few years older, was studying, but Prince John would not follow in his big brother’s footsteps.

In 1914, World War I broke out. It meant that the king and queen were barely visible at home. On their shoulders rested a great duty to the land.

Prince John’s main support person was longtime babysitter Charlotte “Lala” Bill, whom all the children in the family loved.

A few years later, it was time to make big decisions. The other children in the family were already in the military or in schools, but Prince John was 11 years old and still suffering from severe epileptic seizures and difficulty adjusting. Sandringham Manor and Buckingham Palace had become a prison for a young, peculiar prince, whose walls had to behave in a certain way.

The parents decided that Prince John would move out of the home. Queen Mary personally chose the new residence. Prince John’s new home was called Wood Farm, a quiet farmhouse set on 8,000 acres of land in Sandringham. The place is now known as the place where Prince Philip, 99, has retired to spend his retirement days.

One hundred years ago, however, the landscapes were quite different. The Queen Mary came to self-inspect the on-site interior design of the house and saw to it that John's bedroom window had a direct view of the adjacent located in the steam trains, which are small prince loved. An old familiar babysitter also moved in.

Some thought Wood Farm became a place where a sick prince wanted to be hidden. However, John was never denied the order of succession to the crown, and he was, at least seemingly, a full member of the royal family until his move. After that, he was never seen in public again.

Portrait from 1906: a future royal couple with their six children. John in the foreground in his white outfit.

Prince John tried to catch up by studying with the help of his babysitter, but to no avail. John was able to speak and express himself to a certain point, but learning just didn’t become anything. In a letter, Queen Mary described John as “a great boy who is at the level of a 6-year-old child”.

The little prince loved to ride in the hem of nature and was often seen pushing small carts on the farms of Wood Farm into which he collected apples. He also got to ride and was happy to take care of the garden.

- We did not dare to let her see the brothers and sisters, because their increased and worse scenes shock them so much, the babysitter is said to have apologized in a letter.

Prince John was allowed to spend his last Christmas exceptionally with his family in Sandringham.

The prince was able to spend his last Christmas with his family at Sandringham Manor in 1918. The Saints went in good spirits and Prince John was in the hills of his happiness. It was the last time the whole family was together.

After Christmas, John returned to Wood Farm. A few weeks later, the story of a 13-year-old brave and tenacious boy ended tragically. He woke up as usual on January 18, and took a brisk walk with his sister Mary. In the afternoon, while sleeping, he had a long and severe epileptic seizure that eventually took his life. A powerful scene happened in the afternoon, and at half past six the prince had to be found dead.

The babysitter who raised her stood beside her until the end. She also had to pass on the grief news to the queen.

With the unveiling of the untimely death, the royal couple naturally received many condolences and astonished contacts. Prince John’s lifelong struggle with health problems was first publicly mentioned only after his death.

Prince John was blessed to rest in the tomb the very next day at a church in Sandringham in the presence of loved ones and a few locals. He received his last resting place from a nearby cemetery. A tombstone flooded on a funeral day full of flowers.

“Her death feels unbearable, but people have been kind and it has helped us a lot, Queen Maryn wrote in her diary.

The family’s oldest child, the future King Prince Edward, was 25 years old at the time of his little brother’s death. He did not treat death with the same sensitivity, but wrote an outspoken letter to his then-beloved.

- He has lived in complete isolation for the last two years. The family has seen him once or twice a year. His death is the greatest possible relief. That unfortunate boy had become, above all, an animal. He was a brother to me only through blood, nothing more, Prince Edward wrote.

Prince John was blessed for the rest of the tomb in 1919 in the same church where Princess Charlotte, the daughter of Prince William and Duchess Catherine, was baptized in 2015.

For a long time, very little was known about the life story of Prince John, for the veil of secrecy drifted densely around the subject. Representatives of epileptic organizations have later recalled that the way the king and queen acted was only a reflection of the spirit and ignorance of the time.

- That was not uncommon. At that time, people with epilepsy were excluded from society.

Living with enormous secrecy and shame, the royal couple probably tried their best in the prevailing circumstances. In particular, a mother’s love for her son has since been revealed in her diaries.

- This is a great shock, but when you think of the restless soul of that little boy, death must have been a great relief to him. I so miss my beloved child.